It Shrink in the Wash

When Junebug yawns, her ears touch together in back of her head. It cracks me up every time. Last night at puppy training everyone said she looks like she grew. I can’t see it though. I think she finally gained her weight back from the ordeal she had and the surgery. Her little sweater fits just a tad bit snugger, but I’m not going to point that out to her. No woman wants to hear that.

The Navigator (The Apollo Stone Trilogy Book 1)
by P.M. Johnson

EARTH HAS CHANGED. The old world order collapsed following the meteor impacts of 2031 when fireballs rained down from the skies, instantly vaporizing millions. Billions more died during the Long Winter and resource wars that followed.

Over one hundred years have passed since those devastating events and new societies have formed around the globe. In North America, the fragile peace that exists among the continent’s independent nations and city-states is under threat. The ambitious Grand Guardian of the People’s Republic of America is mobilizing his massive war machine in order to make real his dream of reunifying a former great power.

But on the eve of the offensive, a leading scientist dies under mysterious circumstances, though not before he entrusts another with the key to unlocking a secret. A secret so powerful, it could not only unravel the Grand Guardian’s designs, but also doom, or save, all of humanity. 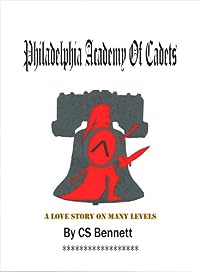 Join Colonel Preston Steele, now retired Brigadier General, from my military action novel The Will Of America – America Spartans, as he and four other military-trained men are recruited to head a massive grant program designed specifically to positively impact 140 delinquent and misguide teenaged boys from some of Philadelphia’s toughest neighborhoods in this exciting and powerful new drama about an up and coming kick-butt precision drill team. Tasked with the near impossible; turning these wild, and potentially violent, boys into well-disciplined young men, as well as productive citizens, these five men are more than up for the challenge. The path isn’t an easy one as the five face multiple issues, some life-threatening, as they go about being the role models and image makers these rogue boys lacked growing up. The first thing they have to do is teach these boys how to get along. Many are rival gang members sworn to live and die by the laws of their gang and whatever lessons they learned on the streets. The question is will the majority of these malcontents learn the lesson they are sent there to learn and that is United We Stand, Divided We Fall? The answer is a lesson our politicians, our parents, and our communities could possibly take to heart and learn from. 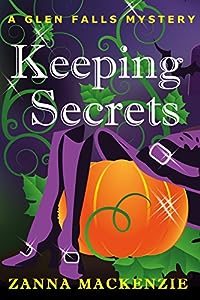 Running from her past lands Kat in a whole lot of trouble in the present!

Fleeing from her past and determined to make a fresh start, Kat heads for the picturesque town of Glen Falls. Opting to ignore the tourist hype about spooky goings-on (it’s all make believe anyway, right?), Kat gets a job in a shop selling magical candles, charms and crystals. Discovering her new boss is a real witch who actually casts spells to ward off evil, Kat starts to wonder whether running from her old life has landed her in even more trouble in the present…
With a fiery feud threatening to destroy the town, things soon get ugly and Kat wades into sleuthing mode, attempting to battle love spells, magic wrongdoings, sabotage and a whole lot more before things can spiral dangerously out of control.

Nursing a broken heart and with more than enough crazy stuff already on her plate, risking a new romantic involvement is the last thing she needs right now, but then she meets the gorgeous and mysterious Alex, a man who seems to be keeping even more secrets about his current life than Kat is about her past. She’s not stupid, she knows she should keep as far away from him as possible. Unfortunately, with circumstances beyond her control, that’s proving rather difficult to do…

Unleash some magic, mayhem and mystery into your life, grab your copy of this bewitching book and uncover the secrets everyone is keeping in spooky Glen Falls! If you love books by Kristen Painter, Amanda M Lee and Deanna Chase then take a trip to Glen Falls today… 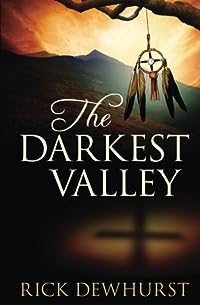 The Darkest Valley
by Rick Dewhurst

In the Cowichan Valley on beautiful Vancouver Island, a pastor’s wife with a deep secret is dying of cancer, his young aboriginal convert is in danger of being grabbed and initiated into Longhouse spirit dancing rituals, and his congregation is throwing him to the wolves. In desperation, he attempts to recruit a local newspaper editor to publish the truth about the Longhouse. Along the way truth is put to the test, and when his wife’s secret is revealed, so is their faith. 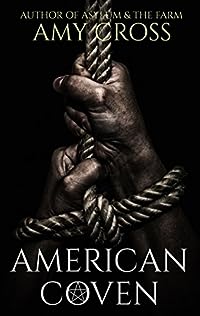 He kidnapped three women and held them in his basement. He thought they couldn’t fight back. He was wrong…
Snatched from the street near her home, Holly Carter is taken to a rural house and thrown down into a stone basement. She meets two other women who have also been kidnapped, and soon Holly learns about the horrific rituals that take place in the house. Eventually, she’s called upstairs to take her place in the ice bath.

As her nightmare continues, however, Holly learns about a mysterious power that exists in the basement, and which the three women might be able to harness. When they finally manage to get through the metal door, however, the women have no idea that their fight for freedom is going to stretch out for more than a decade, or that it will culminate in a final, devastating demonstration of their new-found powers.

American Coven is a horror novel about three women trapped in a nightmare, about the shocking discovery that gives them a chance to escape, and about the price they must pay if they want to be free. Contains violence and adult language.