Not The Same game

There certainly seems to be a communication issue between my sweet chickie Trudy and my pup Junebug. Maybe it’s their different outlooks on life. I don’t know. Every day when the ladies are out in the backyard, Trudy and Junebug have these little showdowns. Junebug casually skips to the flock and Trudy immediately takes her place between the ladies and the tiny red pup pup. The stare down begins. On one end you have the mighty protector ready to battle it out. Feathers fluffed up, large talons ready to strike. On the other end little miss Full of Beans in the pounce position. She is a party girl and is ready for fun. These stand off last only about 20 seconds, if that long, and always end with Junebug running the other direction and Trudy chasing her with KILL in her eyes. Junebug is too fast for her, so after a short break the game begins again. That is until I step in….LEAVE IT!! 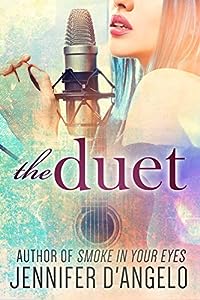 The Duet
by Jennifer D’Angelo

Izzy Delaney is sharp-tongued and quick-witted, with an unapologetic style of her very own. She is certain that she is destined for great things; if only she could hold down a job for more than a couple of weeks. Whether it’s her blue hair or her inability to conform to polite convention, Izzy can’t seem to find her niche.
Jay Archer is moody and introspective, and most definitely not a member of the Izzy Delaney fan club. In fact, Izzy can’t remember hearing him utter a complete sentence to her in… well, forever. He prefers to fade into the background and observe life from a safe distance.
Despite living in the same apartment and sharing a best friend, these polar opposites barely tolerate one another.
Until a chance encounter on stage changes everything.
A song written but never meant to be heard, a video accidentally gone viral, and an unthinkable tragedy. How can a bond so fragile be expected to stand up against the domino effect of The Duet? 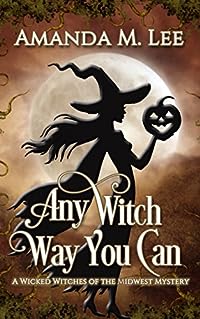 Any Witch Way You Can (Wicked Witches of the Midwest Book 1)
by Amanda M. Lee

Bay Winchester is having a tough week.
As the local editor of Hemlock Cove’s only newspaper, she just happens to be present when a body is found in an area corn maze. To make matters worse, the police believe the murder may have something to do with the occult.
This wouldn’t be a problem for a normal reporter, but since Bay is descended from a well-known line of actual witches, the town is understandably on edge.
Between the suspicious townspeople, the befuddled police presence and that random hot biker guy that may or may not have something to do with the murder — Bay has her hands full.
When you add the typical family problems, multiplying ghosts — and one monster of a zit that she’s sure came from her aunt’s curse — Bay is just struggling to make it through the week.
Of course, when the killer sets his sights on Bay, things could get a whole lot worse.

Note: These books are full of sarcasm and are a little bit snarky — so read only if you like to laugh and you aren’t easily offended. This is the first book in the Wicked Witches of the Midwest mystery series. 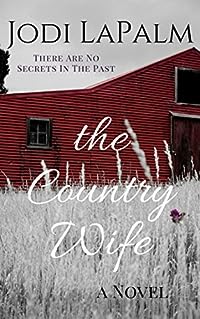 “An awesome read! Filled with love, tragedy, and hope for the future!”

A woman fighting for what she knows to be true…
Quinn Donovan has always longed for a simple life, and it seems her dream has finally come true. Living in the peaceful countryside with her husband Michael, she spends days working a job she loves and quiet nights in the arms of a man she adores. Something is not right, however. Her body. Her husband. Her memories. Everything feels off. And in a short time, the simple life she worked so hard to achieve becomes incredibly complicated. Clouded by fear for her marriage and of a once-forgotten past, Quinn fights for what she knows to be true. But there is a darkness beneath, one which lingers and builds until one day it threatens to consume everything she has and destroy any hope for a future. 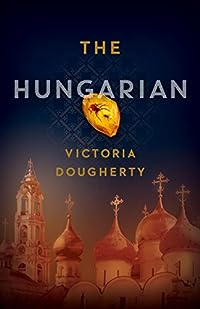 The Hungarian
by Victoria Dougherty

While vacationing in Greece in 1956, Lily Tassos, the hard-partying daughter of a powerful arms dealer, has a sudden change in plans.

After her sometime boyfriend — a CIA agent — is murdered before her eyes, she finds herself holding a ticket to Moscow and a mysterious metal card. A far cry from her usual pairing of a Faulkner novel and bottle (or two) of white Bordeaux.

Alone and haunted by her lover’s death, apolitical Lily resolves to complete his mission and find out who killed him.

Masquerading as a gung-ho member of the American Communist Party, she travels to Moscow, where she is contacted by Pasha Tarkhan. Brutal, yet charismatic, Tarkhan is both a high-ranking Soviet official and CIA asset, not to mention a covert supporter of the Russian Spiritual Underground. This alliance of self-styled “deists” have rejected the secular Soviet state and vowed to bring it down by means of faith, prayer… and blood.

Grinding her old life beneath the heel of her Dior stiletto, Lily puts her new one on the line, surrendering to fate, love and, for once, events bigger than herself. 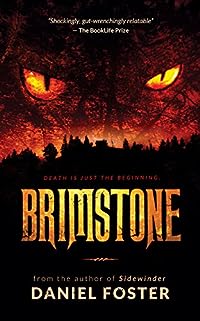 The Appalachians are wild and dark in 1912.

Garret just wants to keep his family alive, but as a young blacksmith, it’s all he can do to put food on the table. His profession is dying, the town is being crushed under the heel of a timber baron, and livestock are beginning to die in gruesome and inexplicable ways.

When the town physician is torn to pieces, Garret gets the blame, because no one wants to believe what really happened. Dr. Bentley was killed by something too large, too fast, and too vicious to be of this world.

It kills Garret’s Pa right in front of him. It takes the only people he loves to use as leverage. Then it gives him an impossible choice: either the love of his life dies, or he does something for which she will never forgive him.