Are You Early? No.

I wonder if hubby is feeling left out. Yesterday he was all alone watching football, while I was watching Christmas movies on the Hallmark Channel with both of my baby bassets. Even little Junebug ditched daddy to watch the mushy holiday shows. I am not sure why my boys insist on watching them with me. I would think they would find them boring. Maybe they love the holiday feeling as much as I do. The very real danger in watching too many of those movies is that Christmas decorations have a tendency to sneak out and plant themselves around the house a little earlier than they should. Just this morning I found a Santa figurine in the hall bathroom. Now, I’m not going to say how he got there, but I did it. 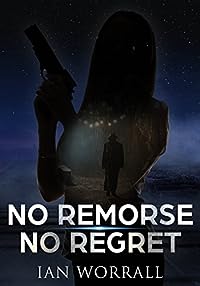 No Remorse No Regret (Counterstrike Book 1)
by Ian Worrall

Once a victim, now a killer.

At the age of 19, Melissa’s hopes and dreams were literally drowned when she was stuffed in a sports bag, tied to a cinder block and thrown into the sea.

Mistaken for a shipment of dope, she is rescued.

Indebted to the man who rescued her, she dispatches his enemies and carries on a personal side mission enacting revenge on behalf of women who’ve been raped.

But the serial killer who left her to drown resurfaces. And goes on his own personal mission to take out the one that got away.

With the police hunting them both, who will win the cat and mouse game? 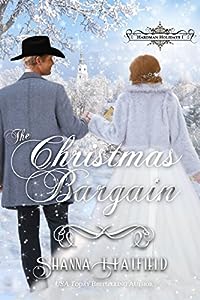 One Old West Cinderella discovers Prince Charming is a… Cowboy?

The death of her mother left Philamena Booth grieving and at the mercy of her drunken father. After spending more than a decade held captive on their run-down farm, she’s left speechless and dazed when her father strikes a bargain to settle a long overdue debt. In lieu of payment, a handsome cowboy agrees to take her. Mortified yet relieved to leave the farm, Philamena unexpectedly finds herself married to a charismatic, caring man.

Luke Granger might own Hardman’s bank and the fanciest house in this Eastern Oregon town, but he’d much rather be outside riding his horses or wrangling his herd of cattle than keeping his account books straight. In a strange, unsettling turn of events, he finds himself accepting a farmer’s daughter instead of money to cover a loan. If the man hadn’t threatened to sell her to the saloon owner, Luke might have refused. He has no idea what to do with beautiful Filly or their marriage of convenience, but he’s about to get far more than he bargained for.

Full of Victorian and western charm, The Christmas Bargain is a sweet holiday romance filled with the spirit of the season. 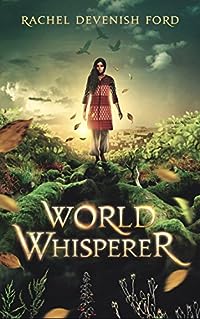 Rich with adventure and magic, Rachel Devenish Ford’s debut fantasy is the tale of a girl stepping out of an oppressive life and into her true destiny.

As a fifteen-year-old outsider girl in the Worker village, Isika is destined for endless drudgery, serving her priest stepfather and worshiping the four goddesses of the Worker people. She doesn’t fit in and she hates the goddesses, but her mother is dead, and her three remaining siblings need her to be good and keep them safe. She can’t think of anything beyond surviving each day and trying to avoid her stepfather’s wrath.

Until he decides to sacrifice her youngest brother to the goddesses. And Isika decides that enough is enough.

She sets out on a journey to save her brother, facing an unknown world outside the walls of the Worker village. In the new world, ancient gifts awaken within her as she finds more beauty and more trouble than she could have imagined. To save her brother, she will have to trust the magical creatures and mysterious new friends who have come to guide her.

What’s more, as she learns to love her new place in the world, she will have to learn to control magic that could be the key to her destiny and the fate of everyone around her.

Perfect for fans of Madeleine L’Engle, the Chronicles of Narnia, and Robin McKinley. 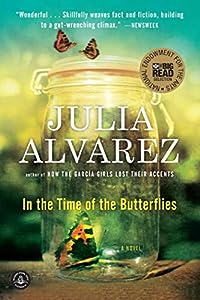 In the Time of the Butterflies
by Julia Alvarez

In 1994, Dedé Mirabal lives in the house where her three sisters used to live. The dead sisters are known as the “butterflies,” and they are martyrs and national heroes. In 1994 Dedé talks to an interviewer about her sisters, and her narrative is interrupted with memories.Story goes between the four sisters from 1943 to their deaths in 1960:Dedé’s memories, Minerva’s point of view, Patria’s point of view, and entries from María Teresa’s diaries.Dedé Mirabal, the last surviving Mirabal sister, tells the story of how her sisters grew up to be martyrs and national heroes in the Dominican Republic. She recounts how her sisters first came to political awareness during the reign of dictator Rafael Trujillo. 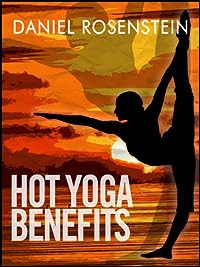 Yoga is beneficial for just about everyone. But can you handle the intensity of doing 26 poses in over 100 degree heat? And what exactly are the benefits to be gained from such a discipline? Understanding Hot Yoga and It’s Benefits will explain exactly what you need to know about this growing trend of getting fit in body and mind. You won’t believe the seemingly endless list of benefits derived from performing hot yoga, some may surprise you. Sure, it lists the typical benefits you’ll find in other introductory hot yoga books, such as increased mobility of the muscles and joints. But this guide explores in depth the lesser-known benefits of all that your body can expect to attain. It is succinctly packed with requisite information for those looking to get started, including how to find the right instructor, and how to pay attention to those signals your body is giving you.
This book will also teach the beginner the do’s and don’ts of hot yoga, in order to help you get the most out of your new workout. So if you’re looking for something new to spice up your routine, order this essential guide today. Because no matter what shape you’re in now, you can still stretch and have a new beginning with yoga. It’s never too late!