Blow off all your adult responsibilities for a day and prepare yourself for a rip roaring fun read. This fast paced two-novel series by author John Dreese will have you holding on tight and constantly wondering what’s going to happen next. Emjoy! 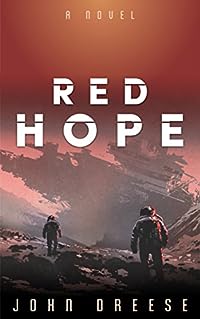 For two million years, Mars has hidden a secret. Two hours ago, the Curiosity Rover found it. With less than a year to prepare, four modern-day astronauts are asked to leave their families behind and risk their lives on what will become the most important expedition mankind has ever launched. With time running out, the fate of humanity rests in the hands of four doomed astronauts.

ABOUT RED HOPE:
Red Hope is the first book of a fast-paced two-novel series. It has an entertaining ending with a mild cliffhanger leading into the second book which is now available (called Blue Hope). Red Hope is intended for a general audience – you won’t need a calculator or a slide rule to enjoy this adventure!

CONTENT:
Red Hope contains soft Sci-Fi elements. That means it has simple scientific principles that anybody can understand and enjoy. If you prefer more rigorous technical discussions about things like delta-v budgets, Hohmann transfer orbits or peer-reviewed NASA protocols, then you may want to consider a hard Sci-Fi novel – there are many wonderful examples available on Amazon. 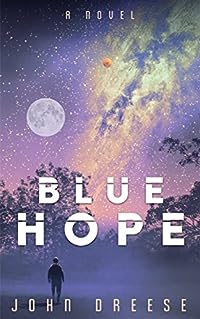 Mars held the secret. Somewhere else holds the prize.

Four brave astronauts left home to be the first humans on Mars. What didn’t come back will haunt life on Earth forever. – Follow the adventure as disaster triggers the greatest treasure hunt in history – spanning the globe and beyond. This time, the prize is nothing short of humanity’s very survival.

** BLUE HOPE marks the final book in the RED HOPE series, but it can also be enjoyed as a standalone adventure. **