Is it odd that I am pretty arrogant about the fact that I can parallel park like a boss? 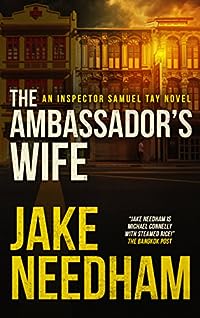 The first body is in Singapore, on a bed in an empty suite in the Marriott Hotel. The second is in Bangkok, in a seedy apartment close to the American embassy. Both women. Both Americans. Both beaten viciously, shot in the head, stripped naked, and lewdly displayed.

The FBI says it’s terrorism, but the whispers on the street tell a different story. They say a serial killer is stalking American women across Asia.

Inspector Samuel Tay of Singapore CID is something of a reluctant policeman. He’s a little overweight, a little lonely, a little cranky, and he smokes way too much. Thinking back, he can’t even remember why he became a detective in the first place. He thinks a lot about quitting, but he hasn’t. Because the thing is, he’s very, very good at what he does.

When the bodies of American women start turning up, CID gives the case to Tay. It’s high profile, and he’s the best they have. Then why is it, Tay soon begins to wonder, that nobody seems to want him to find the women’s killer? Not the FBI, not the American ambassador, not even his bosses at CID.

When international politics takes over a murder case, the truth is always the next victim. 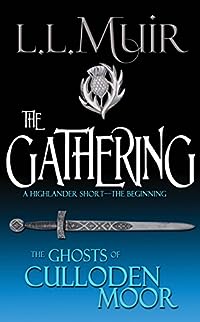 You’ll find your Highlander… with so many to choose from.
Soncerae is a kind-hearted Muir Witch with impressive power. But can she save the souls of 79 Scottish warriors who haunt the moor? She tempts them with the revenge they seek, but she hopes to prove that a heart’s desire can mean so much more.

She’s a young lass, true, but that hasn’t stopped Soni from falling in love. Unfortunately, the Highlander who has won her heart is one of the ghosts she is determined to send away from Culloden… for good. 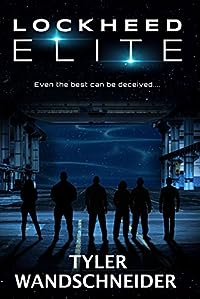 “Never failing to entertain, Lockheed Elite establishes characters who could recur in a series that would find a loyal audience… Lockheed Elite stands out as a captivating, well-plotted science fiction novel that’s loaded with action and intrigue. It’s a rollicking sci-fi tale with twists and turns one does not always see coming.” -Foreword Clarion Reviews

“Tyler Wandschneider’s Lockheed Elite is a thoroughly enjoyable sci-fi crime adventure akin to an episode of Firefly than anything else.” -Literary Titan

After Anders Lockheed unwittingly hires an undercover operative, he takes the bait that draws the attention of the very mastermind he’s been avoiding.

Now Anders must flip the military and use them to pull off a monster heist to extract his crew from the heat mounting from both sides of the law. 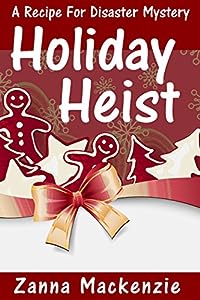 A stolen necklace, a famous actress with a secret, a jewel thief, and an attempt to bake an edible Christmas cake send Lizzie’s holiday plans spiraling into danger, chaos and disaster…
The holiday season means the chance to bake lots of yummy festive goodies – well, that’s the theory! When it comes to baking, Lizzie Carter’s still battling to make cakes that people actually want to eat as every recipe she’s tried so far has turned out completely inedible!

Thankfully, Lizzie is saved from spending days slaving away in a hot kitchen in an attempt to create a perfect mince pie by a chance to get sleuthing…
A priceless necklace has been stolen from a movie star actress staying at the glamorous Roseby Hotel and the woman in question insists Jack, the local private investigator and the man Lizzie is dating, is the only one she trusts to track it down and bring it back safely.

Eager to help Jack catch the thief and solve the case so the two of them can get their festive plans back on track, Lizzie can’t resist a spot of sleuthing of her own, leading to plenty of chaos, lots of intrigue and a scary dose of danger!

Can Lizzie and Jack track down the jewel thief before the precious necklace is lost forever? Will Lizzie end up in big trouble as she tries to catch the culprit? Are their festive plans for the special day beyond recovery? Plus, will Lizzie actually manage to bake the perfect mince pies for the holidays or is she destined to lurch from one cake disaster to the next for the rest of her life? 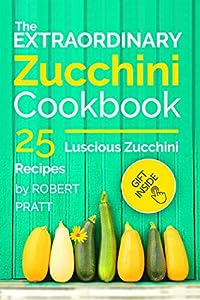 Zucchini is a relatively humble veggie, as it is usually in the shade of the more popular vegetables. But this extraordinary super-food is fully packed with vital nutrients and microelements that it should be present in your diet!
With my new book on hand, you will learn how to combine Zucchinis with vegetables, meat, and other products in order to receive simply fabulous meals!
In this Zucchini cookbook, you will find light zucchini salads, heartwarming zucchini soups, mouthwatering main course meals with zucchini and so much more!