Of course it was my fault me poor pup pup Junebug wasn’t learning how to be house trained. I was doing it wrong. This is why I never wanted a puppy. I have said it before I don’t like puppies, and it’s because I have no clue how to train them. Junebug is a smart girl, so I thought she was just being stubborn. Nope! Turns out that carrying her outside was my mistake. A few days ago, I didn’t pick her up to go out. Instead I asked her, “Where do we go pee,” and lead her to the door. She followed, and then scratched at the door. THE SIGNAL! She taught me the signal. The answer was there the whole time, I just had to open up the lines of communication. So here we are at square one, learning how to communicate. Telepathically would be a lot easier, but I will work with American Dog Paw Language. 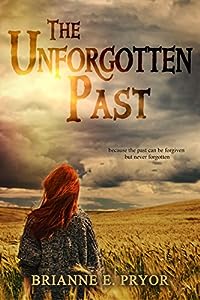 The Unforgotten Past: (Book 1)
by Brianne E. Pryor

As the twentieth century dawns in Texas, young Ricky Nash struggles to reconcile the wishes of his wealthy — yet detached — father with the desires of his own heart.

A successful businessman, Mr. Nash wants Ricky to marry the daughter of his business partner — a girl of equal social standing and means. Ricky, however, loves another. He and Susan Newton, a maid in his father’s household, pledge their love to each other and marry in secret to avoid the disapproving wrath of Mr. Nash.

And when tragedy strikes in his own life, Ricky must come to terms with the consequences of his decisions and the impact they have on multiple generations of his family.

Murder is in the mix and Ricky is stuck in the middle between unwanted family connections and the safety of a young girl related to him by mistake.

A story of love, loss, hope, and redemption, The Unforgotten Past will delight fans of sweeping sagas set against the backdrop of one of the most dynamic times in American history. 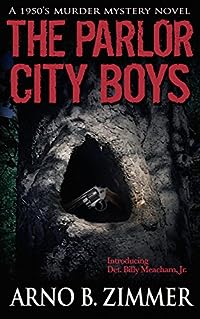 The Parlor City Boys
by Arno B. Zimmer 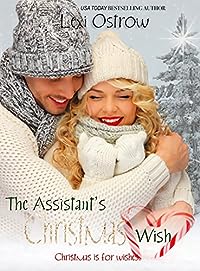 Leena has been in love with her boss, Nick DeMarco, for almost eight years. But he’s never given her any indication that she was special to him. Their relationship was close, but rarely outside of a business function. So when he invites her to be his fake girlfriend at his family’s Christmas week she is thrilled and ready to show Nick just what he’s missing out on, her only wish for the Christmas season.

Nick wouldn’t admit it to anyone except his brother, but his assistant Leena is the only woman he’s had feelings for in quite some time. He didn’t want to seem like a powerful boss trying to seduce his employee so he had ignored his desire for her for the past five years. When the opportunity to take her to his family’s chalets opens he takes it, intent on seducing her.

When things begin to heat up with Leena and Nick, both are pleasantly surprised. But a winter storm traps them in the chalet just as Nick’s older brother Jake arrives. When he makes no attempt to hide his attraction to Leena the whole vacation becomes heated. What will happen when the storm lifts, will the assistant have gotten her Christmas wish? 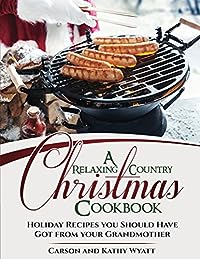 A Relaxing Country Christmas Cookbook: Holiday Recipes you should have got from your Grandmother! (homesteading freedom)
by Kathy Wyatt, Carson Wyatt

FULL COLOR EDITION! A Relaxing Country Christmas: Holiday Recipes you should have got from your Grandmother.

•
Are you looking for traditional Christmas recipes?

•
Are you tired of eating store bought Christmas goodies?

•
Do you want a relaxing country Christmas this year?

Then this book can help!

If you’re looking for a relaxing, country Christmas filled with dishes that everyone’s sure to enjoy, then A Relaxing Country Christmas: Holiday Recipes you should have got from your Grandmother is for you. It can help you to cook a traditional menu, old fashioned goodies, and even a few gifts that can easily be made and given to those on your Christmas list. From Christmas punch, Swedish Christmas Ham, old fashioned German gingerbread, that elusive figgy pudding and fruitcake you’ve heard about in songs for years but never had and much more! There is a little something for everyone in this book. Just pick a recipe and start cooking, making new traditions or reviving old ones to make the perfect old fashioned Christmas.

It’s all waiting for you in Carson and Kathy Wyatt’s new book: A Relaxing Country Christmas: Holiday Recipes you should have got from your Grandmother – FULL COLOR EDITION!