Whose A Good Girl?

I still haven’t lifted a finger to clean any of the Halloween stuff up yet. I am not too worried though. I know no one will complain because they know there is a good chance they would get recruited to help. Today I will watch in amazement as the entire family will walk around the house completely ignoring the mess like it doesn’t exist. The only one who is working hard is Junebug. She has had her nose to the ground all day sniffing for crumbs. That little pup is dedicated! If I leave her alone I might not have to sweep up at all. 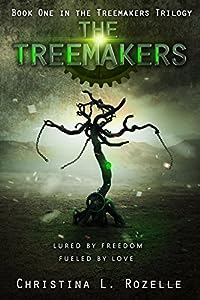 “Stay on guard. Be aware of your surroundings. Notice the nuances. Cover your tracks. Always be prepared. Question everything. This is how you stay alive, Joy. This is how you keep the ones you love alive.”

The words of sixteen-year-old Joy Montgomery’s late father, Zephyr the Magnificent, urge her onward in this quest for truth and freedom, with the allusion that all is not as it seems in Bygonne.

Faced with the exhausting task of building mechanical trees that produce the precious oxygen they breathe, the Greenleigh orphan slaves piece together clues about the existence of a possible forbidden paradise beyond The Wall. To find the truth, shatter the illusions, and free the children, Joy must entrust the aid of an unlikely ally who harbors dangerous secrets.

This is the first book in the internationally bestselling Treemakers Trilogy, a series that appeals to fans of The Maze Runner, Divergent, and The Hunger Games. With heart-pumping action and spine-tingling plot twists, it’s sure to leave you flipping pages until the wee hours of the morning.

**Content Advisory: This series contains themes which may be too intense for younger readers, and/or disturbing to those sensitive to violence, language, or gore. Persons with PTSD from any sort of violence, please read at your own risk.
If you enjoyed this book make sure to pick up book two, “The Soultakers,” and book three, “The Seeker’s Keys.”

Brian Haynes, the third-generation owner of a successful realty company, who married the owner of an even more successful lumber company, remembers back to one pivotal summer during his childhood that changed his perspective on life forever.

Following a frightening premonition from a mysterious neighbor, Brian, believing he has inadvertently contributed to the death of his grandmother’s housekeeper, runs away from home with his best friend, Charlie. Aided by their friend Stephanie, the two friends find refuge with an old man living a hermit’s life on a nearby knob. The old man teaches the boys the virtues of living a simple life and teaches them even more about letting go of the past and never taking things for granted.

It all comes to a terrifying climax one day when Charlie climbs inside an abandoned, rusty truck, a truck that still has a few chips of red paint, and closes the door. Here begins a struggle between life and death.

Chips of Red Paint is a modern Southern Gothic novel that weaves the past with the present into a colorful quilt that touches every emotion. 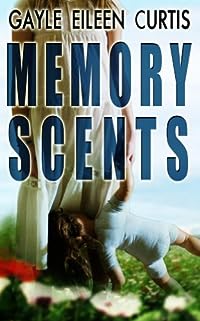 She looked even more beautiful now than she had when she’d been alive. Her green eyes were still sparkling, but now glazed they held a snapshot of the fear she had endured only moments previously. Death fascinated Tim. The way a person’s eyes altered, showing no emotion, becoming empty, coloured oval shaped glass. He loved that part, when he could reflect on the stillness of his victim like a photo in an album.

It’s been ten years since the disappearance of Alice and her mother, Eve can’t process the information she may have been murdered by a serial killer. She finds solace in writing Alice love letters, believing this will bring her daughter home, but years of denial, pain and isolation have left behind an inability to accept the truth.

A series of unsolved child murders is the shocking news that greets Chrissie shortly after moving to a picturesque North Norfolk coastal village. Sinister paranormal activity in her idyllic cottage causes her to wonder if she is receiving a message from one of the victims, or if her memory is playing tricks on her and she is recalling a past life. Many eerie coincidences begin to reveal the truth.

Grace is married to a serial killer, something she has been aware of for over a year. Her decision to keep it a secret comes from her desire for revenge, but she may have left her carefully thought out plans too late.

All three women are linked by their connection to the same nightmare, as they try to unravel the catastrophic chain of events caused by a child killer. 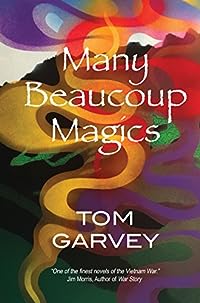 Many Beaucoup Magics
by Tom Garvey

Many Beaucoup Magics is unusual on many levels. Originally drafted as a memoir it was rewritten in the third person to not reveal the ending. It’s a novella about a little known corner of the war in Vietnam, life in a Special Forces border camp and is “Dedicated to All the Mothers who suffered the loss of their children in the many wars in Vietnam.” I know this suffering well and stayed close to the Mothers of seven friends who were killed. All their days they never got over their loss. I needed to tell their story while challenging the male folly that going to war makes you a man and drive home the point that John Wayne is merely an actor who knew that men who wear make up don’t have to go to war. McManus an english major with a romantic love of literature ends up in the mystical world of a stone age tribe of Montagnards who have never developed an alphabet. This is life in the misty Central Highlands on the Cambodian Border in the summer of 1968. McManus goes to war fighting an obsession of some undefined consequence awaiting him on August 17th and ends up living in the jungle with an illiterate tribe of mercenaries who have frightening precognative dreams. He comes to understand these simple jungle people hold a key to his premonitions. Based on a true story, no one to date has foreseen the ending. Definitely not your father’s Buick. 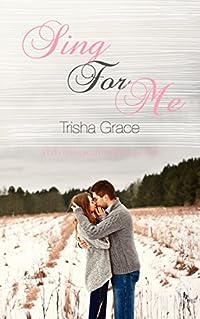 Sing For Me: A Contemporary Sweet Romance
by Trisha Grace

Chloe Brooks has been living in Italy for years. She has everything she wants: a successful career, the ability to make sure she is as far away from her parents as possible, and an almost equally successful boyfriend.

One phone call from a dear friend brings her back to the States, to her old neighborhood where she comes face to face with her childhood crush, Christopher Hunter. And one look into his eyes brings back all the memories and feelings she thought she had long forgotten. Feelings she shouldn’t have.