An odd thought just came to mind. I have to start thinking about what I want to grow in the garden this year. I think the most successful crop I have had would be the red onions. Those suckers grew big and delicious, and I am still using them today. They store pretty darn well. The carrots were fun, but I failed miserably at storing them, and I found myself eating them really fast so they wouldn’t go to waste. The Guinea pigs loved them. I am thinking this year will be about potatoes and onions. I will grow snap peas again, just because my baby bassets just love picking them and eating them right from the vine. I am hoping that the three blueberry bushes I replanted last spring have forgiven me and produce a few berries. 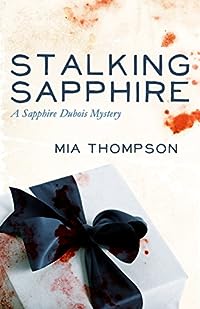 While the young and obscenely wealthy of Beverly Hills spend their nights with trendy celebs and drugs at the hottest clubs, 22-year-old Sapphire Dubois has a different hobby: she hunts serial killers. Luring, trapping, and anonymously handing over So-Cal’s most wanted to the police is a better high than any drug.

But Sapphire’s secret may not be so safe, as one of the very people she hunts is watching her every move. Aware of her true identity and her unconventional activities, he’s determined to put an end to Sapphire once and for all. Paired up with her involuntary crush Detective Aston Ridder for her own protection, Sapphire now has to rethink her strategy not only to keep Aston in the dark, but to figure out how to capture a killer who already knows she’s coming. 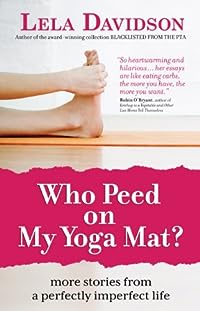 Who Peed on My Yoga Mat?
by Lela Davidson

Lela Davidson doesn’t like to brag, but her children are clean and fed, her husband likes to cook, and she is rarely referred to as Troll Toes at the yoga studio. In other words, she’s got it all. Who Peed on My Yoga Mat? peels back the curtain on family life to show that happiness is really a matter of perspective. Between watching adorably annoying toddlers transform into text-obsessed teens, and facing inevitable moments of marital “for worse,” a girl’s got to carve out time for inner peace. As she did in Blacklisted from the PTA, Davidson shows us once again that laughing at yourself and your family is the surest path to tranquility-or at least the most fun. 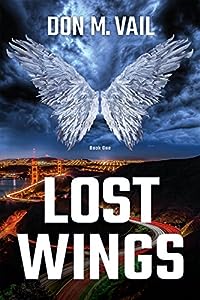 Who Guards the Angel?

Richard Eastman wasn’t looking for redemption. He was content drowning his memories of the Gulf War, his dead brother, and a father whose love had always seemed unattainable. But when an angel whose wings have been sawn off arrives in his life, “Captain Eastman” makes a decision:

Save the angel and return her wings or die trying.

In search of the wingless angel, Eastman battles demonic henchmen on the streets of San Francisco, venturing down to the deepest levels of Hell, all the way to Lucifer’s throne. For Captain Richard Eastman, the only way home is death or victory; the only way to redemption is to help his angel and retrieve her missing wings. 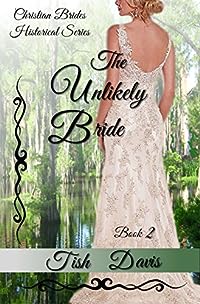 Helen Barnwell never considered herself a great matrimonial catch. Next to her sister she feels plain, but she’s satisfied with the looks God gave her. She chooses to be content with her quiet life of books about animals in exotic places. With her studies and the demanding care of her older parents, there’s no room for a husband in her life.
When her sister, Margaret, hatches a plan to use their meager inheritance and travel to Tarpon Springs, Florida, Helen agrees. Margaret wants to snag a wealthy husband, but Helen has different ideas for the holiday. She’s not looking to fall in love. Instead, she hopes to study alligators in the wild outside the pages of a book, and Florida is the place to do it. She knows the animals are dangerous so she can’t tell anyone of her plans, not even Charles.

Charles Decker is in Tarpon Springs for a different reason. He isn’t looking for a wife – that’s the last thing he needs. Instead he has come to recover. Following an injury while working on the railroad, he’s mistaken for a railroad baron. Women fawn over him and he quickly becomes annoyed and bored until he meets Helen Barnwell. She intrigues him, being so different from the other husband hunters. She’s lovely in an understated way and he admires her faith. Despite his plans to remain detached, he can’t help falling in love with her. But everyone seems to have secrets, including Helen and her sister. Can he protect her from other men who aren’t what they appear? And what will happen when it’s time for them to part ways? 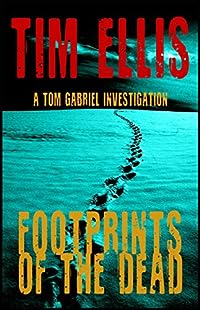 Footprints of the Dead: (Tom Gabriel #1)
by Tim Ellis

Tom Gabriel retired, or at least he thought he had. All he wants to do is join his dead wife Carrie, but life and death are never that simple. Gretchen Hebb asks him to find her daughter – Mercy – who works as an investigative journalist for the St. Augustine Record. She was investigating missing children, but has now disappeared herself. Tom begins asking questions, but is forced to take cub reporter – Butterfly Raeburn ‘Rae’ with him. Soon, both are drawn into a dangerous investigation, which will change their lives forever. Little Sally Stackhouse has escaped, and is being chased by Henry Appling – Henry has a hunting rifle.