I gotta get out of the house. The cookies won’t stop jumping into my mouth!!! Since when could cookies jump??? 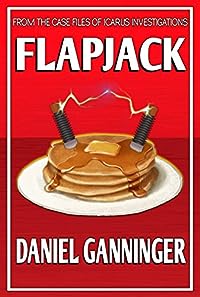 The world may never be the same with these two new detectives.

Murphy and Galveston realize there must be more to life than their mind-numbing cubical jobs. Over a barbeque lunch, Galveston attempts to convince his friend to join him in a daring new career as a private investigator. With nothing to lose, Murphy reluctantly agrees. Relying heavily on their humorous wit and questionable tactics, the men employ a creative approach to their investigations. For a time these methods prove successful, until they push too far and find themselves mired in the case of a lifetime.

An explosion rocks a New England university lab, setting off a carefully orchestrated chain of events. A small device has been stolen, a key to the entire world’s energy problems and the power that comes with controlling it. The fate of the device and its inventor lays with the newly self-proclaimed private detectives.

The two men, under the threat of arrest by the FBI, begin to criss-cross the country and the world, picking up clues to the puzzle of the missing device in England, Mexico, and even Brazil. Dead ends seem at every turn, but with the help of an outcast computer expert, a British spy and former flame of Galveston’s, and a new employee whom Murphy can’t seem to keep his eyes off of, the investigators unwind the case using their unorthodox approach, berating each other at every turn.

Who is looking to control this device and its destiny? Is it the huge multinational security firm, a devious billionaire, or a questionable member of Congress. Murphy and Galveston must find out why something so small is causing problems so large, because the hunters are quickly becoming the hunted.

Flapjack has it all – action, adventure, fun, and humor – without profanity or graphic adult situations (but still plenty of mayhem). So join the adventure and escape with the private eyes of Icarus Investigation. 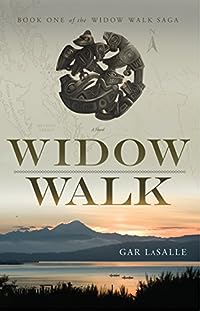 Widow Walk is American Historical Fiction in the finest tradition, a direct descendent of Last of the Mohicans and Cold Mountain. LaSalle recounts the brutal, poignant clash between Native American Indian tribes and white settlers in the Pacific Northwest with economy and beauty, writing clean, devastating prose that clutches at your heart. This lean, unsparing narrative will make you look away in sorrow–before raising your fist in triumph. A quintessential rendering of the American Experience.”-
-Richard Barager, author of Altamont Augie, Silver Medal winner 2011 Book of the Year Awards

In the early days of the American Pacific Northwest, small settlements dot the wilds of streams and dense woods. Isaac Evers, a community leader and former militiaman, has established a small colony on Whidbey Island. Though the area appears calmer than in the past, the northern indigenous clans still threaten the livelihood of Isaac’s growing family.
While Isaac is away on expeditions, his wife Emmy tends to the many duties required of a property owner on Whidbey Island. Bold and assertive, Emmy has little time for the restraint of social mores. But as times on the island become more turbulent, her constitution and conviction are tested.

Elsewhere, Haida native Anah-nawitka feels the rush of his first kill and the satisfying vengeance cast from his hand to the head of the invading white colonists. Basking in the praise from his tribemates, Anah starts down a violent path that will alter a great many lives.

Meanwhile, the British and the U.S. Army are quietly grinding against each other following a boundary dispute, leaving men like Captain George Edward Pickett in a tight situation. In charge of the nearby Union fort, Pickett does his best to maintain his authority while he struggles with tragic events in his past.

Weaving these story threads together into a powerful whole, Gerard LaSalle tells the story of an unforgettable American adventure. 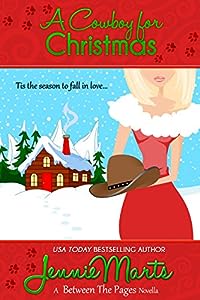 A Cowboy for Christmas: A Between the Pages Holiday Novella (The Page Turners series Book 5)
by Jennie Marts

Holly Adams returns to her hometown with a simple to-do list from her therapist: 1) Return to your roots, 2) Face your fears, and 3) Listen to your heart. But Holly hasn’t been back since a tragic accident claimed the life of her young husband. Returning home is one thing. Facing her fears and giving her bruised heart a voice are quite another.
Cowboy Levi Garrett remembers Holly as the brazen girl who once stole a kiss at a high school party, and barely recognizes the heartbroken young widow who ends up stranded at his ranch on Christmas Eve. All he wants is to remind Holly of the fearless girl she used to be.
It’s holiday magic when a winter storm traps the pair together, but will Holly be able to hear her heart when it asks for a Cowboy for Christmas? 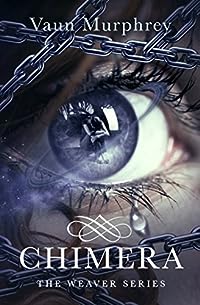 If you witnessed your parents killed at age five for reasons unknown only to endure eight years of isolation in captivity, what would you do with your life when you were suddenly rescued by family you never knew you had? What if you yourself were even more than you seemed? The universe can be both a terrible and wonderful place to live if you have the courage to explore it. Enter an alternate reality of civil war, secrets, murders and betrayals that transcends space and time with CHIMERA, Book One of the Weaver Series. 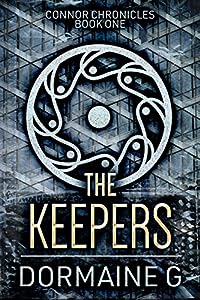 After being gifted with unimaginable abilities, Connor’s life changes. Once thrilled by her newfound powers, she realizes such capabilities come with a heavy price.

But she’s not alone. When Connor learns of others like her, she sets on a path of discovery to find her true origin. After being hit with the cold, hard reality that her life has been filled with lies and deception, a new world unravels around her.

Soon, Connor learns of the dreaded Inhumans who have been inhabiting Earth for longer than anyone can remember, and they are coming for her. Especially one powerful adversary… only known as Ronin.