Did someone get the license plate of the truck that ran over me while I was sleeping last night? I woke up this morning feeling like I went to a collage party and showed those little wipper-snappers how it’s done. But I didn’t, and I couldn’t anyway because I have no idea how it’s done. Last night I was the only person in the fitness class I go to on Monday nights, and the one on one attention just about killed me. It was a great workout and I felt like I was really making some progress, but this morning I can barely move. My muscles are still shaking from the abuse. I was hoping to try out another recipe that was sent in by you guys, but the idea of having to lift my arms to pour the ingredients sounds like torture. Before my muscle were put through extreme pain I baked a batch of Surprise Meringue Kisses. I am certainly going to add these to my Christmas Palooza next year. They were easy, quick, and so delicious. I will post the recipe and pictures as soon as I am able to move my arms again. Right now though I just want to sit and whimper. Oh..ow..ow…ow erg..ow. 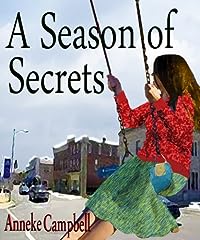 A Season of Secrets: A Feel-Good Holiday Story
by Anneke Campbell

PREGNANT VIRGIN WALKS INTO A TOWN… THE WEEK BEFORE CHRISTMAS!

A literary twist on the traditional Christmas story, A SEASON OF SECRETS is the perfect winter read for fans of Barbara Kingsolver, LOVE, ACTUALLY, and THE FAMILY STONE.

There’s Something About Mary — something noticeable — that baby bump she’s sporting. And something no one could ever guess — her prenatal exam shows she’s never had sex. Which really puts tiny Bellingham, Indiana on the map! And thereon hangs the real tale — a funny, warm, surprising one.

Mary’s got her own secrets — lots of them. But so does everyone else in Bellingham. Violet the waitress wants something badly! Dr. Bob has big plans. Joe the Postman has regrets. Cammy has a secret love. And Ted may not be quite as godly as he’d like people to think.

The varied ways the townsfolk welcome this waif from nowhere, enfolding her into their hearts and lives despite the air of mystery and strangeness surrounding her (not to mention the TV cameras and paparazzi), is one part heartwarming, one part laugh-out-loud funny. 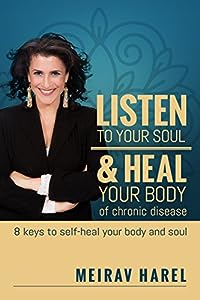 Do you have the courage to discover the true reason that you are ill?

Do you want to recover from your diseases and end the pain once and for all? Do you want to get rid of all those pills? If you answered “yes” to these questions, then this book is absolutely mandatory for you. In simple and flowing language, the author will tell you what you must do in order to embark on a voyage of self-healing, about the connection between body and soul, and how disease is actually a message from the soul.

Acquire practical tools and inspiration to truly heal yourself!

You will discover the four channels that lead to true and holistic healing and how they are linked to the divine concert that frames our lives. Using the eight practical keys to self-healing, your renewed hope, and the story of the author’s own journey of recovery from seven different supposedly incurable illnesses, you will be inspired to change your life forever. 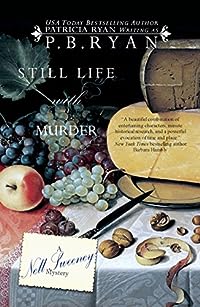 Boston, 1868: The dawn of the Gilded Age, an era of burgeoning commerce and invention, of unimaginable new fortunes and lavish excess — for some. Born into dismal poverty, young Nell Sweeney scratches by on her wits and little else until fortune blesses her with a position as nursery governess to the fabulously wealthy Hewitts. But she soon learns that ugly secrets lurk beneath the surface of their gold-plated world.

The Hewitts’ eldest son, William, a former Union Army battle surgeon and the black sheep of the family, was reported to have died three years before in a notorious Confederate prison camp. But one snowy February afternoon, his parents learn that he is, in fact, still alive — and in jail for having murdered a man while intoxicated on opium. Infuriated by his son’s deception and convinced of his guilt, August Hewitt forbids his wife from coming to Will’s aid, so she begs Nell to help exonerate him. Nell finds that she must delve into the kind of dark and treacherous underworld she thought she’d left far behind if she is to unearth the truth before the hangman’s noose tightens around William Hewitt’s throat. 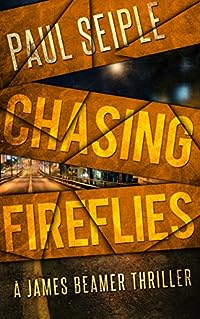 Set the fireflies free. Send them home before God cleanses the world.

Homicide cop, Michael Callahan sees death everywhere. During the day, he protects the city from evil. At night — he is the evil. He hears the hopeless pleas, feels the last breath of the victims. He sees life fade away through the eyes of the killer. In his dreams, Michael is the killer.

The internal struggle of protector versus killer refuses to stay hidden when the dreams become reality. A serial killer, who calls himself Murmur, stalks the streets of North Carolina, searching for the “fireflies.” Michael knows the victims all too well — he’s killed them in his dreams.

Riddled with doubt and growing suspicions from his partner, Michael is determined to put an end to the terror — even if it means an end to himself.

Chasing Fireflies is the first book in the James Beamer Thriller Series. While each book serves as a stand alone novel, reading them in the following order is suggested.