In our house now the biggest accomplishment is making little Junebug poop outside. We come back in the house acting like we just won a gold medal for awesomeness. Whoever takes her out, comes back in to anxious family members asking “WELL?”. Victoriously they say, POOP AND PEE!! High-fives and whoot whoots are exchanged. I could even swear I hear a champagne bottle open each time. 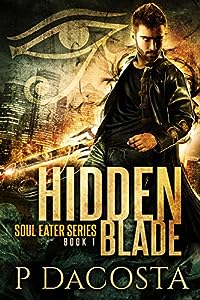 “They call me devil, liar, thief. In whispers, they call me Soul Eater. They’re right. I’m all those things — and more.”

Kicked out of the underworld and cursed to walk this earth for all eternity, Ace Dante finds solace in helping others avoid the wrath of the gods.

But when warrior-bitch, Queen of Cats, and Ace’s ex-wife, Bastet, hires him to stop whoever is slaughtering her blessed women, Ace is caught between two of the most powerful deities to have ever existed: Isis and Osiris.

And Ace is in their way.

Welcome to a New York where the ancient gods roam. 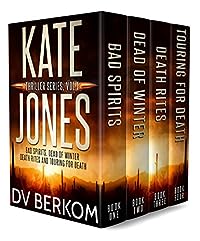 Like fast-paced action and adventure? Then you’ll love Kate Jones!

This page-turning box set contains the first four novellas in the bestselling Kate Jones Thriller Series. Find out how it all began:

BAD SPIRITS: Kate Jones is on the run with a backpack full of money, intent on finding her way back to the United States from Mexico. Unfortunately, a ruthless drug lord named Salazar is just as intent on finding her, retrieving his stolen money, and making her pay for ever having left him. Is there anyone she can trust?

DEAD OF WINTER: Kate is hiding out in small town Alaska when she witnesses an execution-style murder. Convinced the killers are Salazar’s men and desperate to stop them from finding her, she reports the crime to local law enforcement, hoping to put them off her trail so she can escape.

What she gets is Sam, an enigmatic cop with a mysterious past who’s been assigned to watch over her as the hunt for the killers deepens.

Sam and Kate’s obvious attraction to each other becomes a dangerous complication as Kate realizes the only way she can stay alive is to keep one step ahead of Salazar.

DEATH RITES: When Kate has to leave Alaska (and Sam) behind, she runs to the last place she remembers feeling safe: the North Shore of Oahu. Against her better judgment, she re-establishes old connections and soon faces a new problem in Alek, a gifted carver and avid surfer.

When a brutal murder and theft of a priceless artifact from a museum is discovered, Kate’s thrown into the middle of what appears to be a violent ancient sect come to life. Her only chance of survival is to rely on her wits… … and the ancient gods of Hawaii.

TOURING FOR DEATH: Hiding out from her shady past driving jeep tours through the rugged high desert of northern Arizona, Kate Jones is determined to stop looking over her shoulder and find peace from her mistake of a gun-toting, former life. Testifying against a Mexican drug lord and a dirty DEA agent didn’t turn out to be a life enhancing choice and she’s been on the move ever since.

Now, five years have passed with no sign of trouble and Kate’s finally starting to believe she’s safe. Her current goal is to make enough money so she can get lost in the tropics when the tourist trade dies off. Unfortunately, it’s the tourists that are dying off and she may be next. 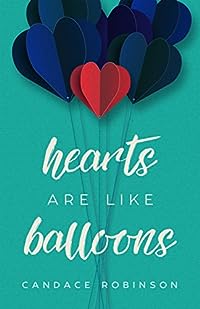 May Falkner’s past two years have been a rough road. When her father suddenly passes away, May needs to find a job to help out her mom and regain some control over her life. Working at the bookstore helps her heal, laugh, and hope again. It also leads her to cross paths with Nico Evitts, who begins as just a co-worker, but becomes so much more

When it all becomes perfect, because there is no perfect, life steps in to prove once again that it all can crash down harder than before. This is a story about finding yourself, love, and the things in life that are still here. 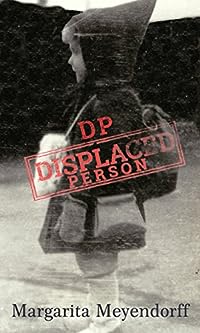 The daughter of a Russian Baron, Mourka (Margarita Meyendorff) was born in a Russian displaced persons camp in Germany – far from the opulence of Imperial Russia which was her birthright.

Her father danced with Anastasia, attended balls and military schools but a series of wars destroyed this privileged existence – and her parents were themselves displaced- forced to flee the ancestral estates and run through Nazi Germany.

After the war, under Allied occupation, Mourka was born in a German Displaced Persons camp and from then on, life became a series of extraordinary moves: As a tiny immigrant girl, Margarita’s first American home was the estate of an eccentric millionaire impresario which served as a temporary enclave of Russian aristocrats – given quarters in elephant stalls.Her childhood ran like a roller coaster of highs – performing as a rooster to applause for the Russian Orthodox audience and lows – coping with her traumatized and disturbed parents.

At 18, Mourka escaped to the road- most often taking to the stage where she found her natural footing, but then always on the run – moving, displaced around the US and then Europe – hitting ecstatic highs as a performer and lows in her personal life.

In her search, she tours the country as a gypsy performer in a caravan and goes from a rusted trailer back to her ancestral castle… seeking, always seeking her rightful place and some sense of peace. Can she ever “unpack” and feel she is truly at that place which always been so elusive: HOME. She carries with her a suitcase filled with documents and treasured memorabilia, her Russian legacy.

Margarita Meyendorff’s journey is thrillingly personal yet universal-the journey we all take, to find our true selves and safe haven. 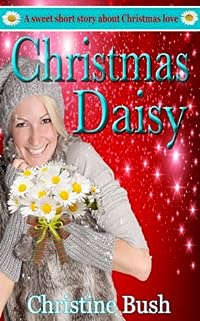 Christmas Daisy is a “sweet” romance novella. When Daisy Donovan arrives to teach at New Horizons School, an alternative school in Philadelphia, dedicated school director Dr. Ben Wilson has NO idea of how his world will be overturned, and how love will change both of their outlooks on life. This is a charming, easy read, suitable for all ages, and containing no graphic sex.