Run To The Hills For Unicorns

Do you know how to drive a horse drawn carriage? What about stopping a cattle stampede? I think I may have talked about the books I select  maybe one other time in this blog, but today is different. The last book listed on this post just seemed so awesome to me. It’s about life skills of the 19th century. What would be supper awesome is to study the book, then update my resume. For the question, “What special skills do you have?” I could write, I can my enemies across the plains and Roast a massive bison hump. Who wouldn’t be impressed by that? 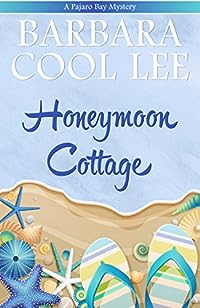 Camilla Stewart’s ex-fiancé ripped her off and disappeared, leaving her to care for his eight-year-old son alone. But when she arrives in Pajaro Bay, she finds a village full of cute cottages, quirky characters… and a killer on the loose who is somehow linked to her, the young boy, and the darling little house known as the Honeymoon Cottage.

The Pajaro Bay mysteries are filled with light and breezy, heartwarming fun, and always leave you with a happy ending. Each is a standalone novel, so they can be read in any order, or you can follow along from the beginning and see how the world of Pajaro Bay develops.

The Book of Moon
by George Crowder

It coulda been worse.

That’s the “working epitaph” of 15-year-old Moon Landing. Not that Moon’s death is imminent — far from it — but his thoughts have turned to gallows humor, as his world disintegrates along with his parents’ marriage. His older brother skateboards through life with ease, but Moon is deeply troubled.

Just as he is solving for romantic unknowns with a gorgeous older girl, Moon must contend with his dad’s sudden absence, his mom-gone-wild’s sexcapades, and his best friends’ curious penchant for self-destruction. Not to mention his newfound role in agitating to end an African guerrilla’s bloody rampage.

To make sense of it all, Moon embarks on a quest to unravel the riddle of God’s injustice to man.

In this humorous and touching coming-of-age novel, Moon struggles to understand his parents — who they are, what brought them together, what broke them apart — and what that all means for his future. 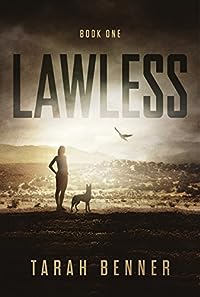 From the author of The Fringe comes an addictive new dystopian saga.

When Lark was sentenced to twenty-five years behind bars, she thought San Judas was her lucky break. The primitive 16,000-acre community in rural New Mexico isn’t like any other prison. There are no cells, there is no warden, and Mother Mercy is the law.

She didn’t realize she’d be fighting for survival on a daily basis — battling hunger, violent inmates, and Mother Mercy’s iron fist. Lark’s only friend is Bernie — an off-the-rails environmental activist doing time for arson — and a mysterious stranger who’s been sending her illicit messages from the men’s colony.

Lark never thought escaping San Judas was possible until a message in a bottle changes everything: The guards outside the walls are disappearing, and the world as they know it is coming to an end. 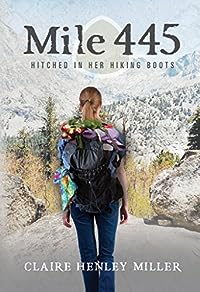 Mile 445: Hitched in Her Hiking Boots
by Claire Miller

Not many people can say they met and married their spouse within thirty days of beginning to hike the Pacific Crest Trail.

But that’s exactly what happened to twenty-five-year-old Claire Henley Miller.

Mile 445 is the inspiring — and romantic — true story of how Miller left corporate life behind to embark on a 2,650-mile hike from Mexico to Canada. She is doing it alone, and the only gear she takes to survive the trek in the mountains of California, Oregon, and Washington fits inside her sixty-eight-liter backpack.

At the start of her five-month journey, she meets a handsome young man known on the trail as Big Spoon. Their paths keep crossing. The two quickly see a greater reason for their expedition than to explore the rigorous wilderness. They fall madly in love and get married. But their adventure is just beginning.

Told with rich vitality, Miller’s quest unfolds in mystical ways through deadly desert storms, 14,000-foot ascents, and decisions that will affect the rest of her life. This bold tale of courage and determination brims with humor and suspense as it reveals life, love, and loss in the rawness of the wild. 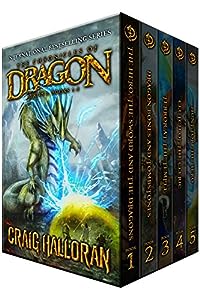 The Chronicles of Dragon: Special Edition (Series #1, Books 1 thru 5)
by Craig Halloran

Welcome to the world of NALZAMBOR…

Nath is a special warrior. He is a man destined to be a dragon. In order to become a dragon, he must save the dragons.

For countless years Nath has been on a quest to become a dragon, but his meddling with the other races tends to get in the way. The way of men is not the way of Nath Dragon his father has warned him. Yet, Nath, unable to control his fascination of the world men, elves, dwarves and even the despised orcs, tends to get caught up in their affairs. To earn his scales, there is a high road he must follow.

With his close friend and ally, Brenwar the Dwarf, Nath, armed with a magic sword he calls Fang, he travels to the Mountain of Doom, the Free City of Narnum and to Orcen Hold where nothing but trouble awaits.

Will Nath Dragon, hero of the realm and protector of dragonkind choose the right path or wind up on a dark one?

*****
This special edition includes the first 5 books in the 10 book series: The Hero, The Sword and the Dragons, Dragon Bones and Tombstones, Terror at the Temple, Clutch of the Cleric, and Hunt for the Hero.

Don’t miss out on this international Bestselling fantasy series that is loaded with dragons and magic. 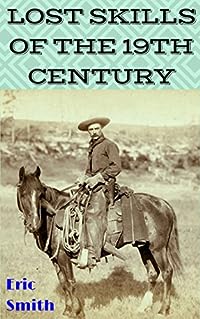 Lost Skills of the 19th Century: A PRACTICAL GUIDE TO A VARIETY OF USEFUL ARTS NO LONGER WIDELY KNOWN OR PRACTICED
by Eric Smith

Yearn to live in the past, but don’t know how to get there?

Lost Skills of the 19th Century is a wide-ranging collection of (mostly) useful arts no longer widely known or practiced, discovered in the pages of long-forgotten classics of Americana like The Practical Distiller, American Artillerist’s Companion, The Farmer’s Cabinet, The Orphan’s Friend and Housekeeper’s Assistant, The Ball-room Bijou, A Manual for Attendants in Hospitals for the Insane, The Prairie Traveler, Wilson’s Book of Recitations, Practical Hints for Furniture Men, How to Make a Shoe, Skilful Suzy, The White House Cookbook, and dozens of others.

Using detailed original instructions, commentary by the author, and hyperlinks to the full texts, which are instantly accessible in facsimile versions in the online archives, at no cost and without login, you can learn how to:

Drive a horse-drawn carriage
Roast a massive bison hump
Track your enemies across the plains
Build a sod house
Refresh yourself with an air bath
Stop a cattle stampede
Dance the latest steps from the 1850s
Amuse friends with tableaux vivants
Dynamite stumps
Keep a cow in your backyard
Vaccinate yourself
And much, much more.

Lost Skills of the 19th Century has valuable tips and information for homesteaders, craftspeople, history enthusiasts, carpenters, historical reenactors, and survivalists – but most of all it’s a book to help you travel back in time to a younger and very different America.

Eric Smith has been a carpenter and contractor for over 30 years, and specializes in 19th and early 20th century home renovations. He’s also a former home improvement editor at The Family Handyman Magazine, and the editor or author of numerous how-to books and magazine articles.