Snowball Down The Hill

Hubby didn’t find the time this weekend to put the Christmas lights up. I just don’t think I want to go a full week of December without Christmas lights. Unfortunately this is one of those snowball things I am really trying to avoid. In order to put up the lights, I need to mow the lawn. In order to mow the lawn I need to clean all the poop in the yard. In order to clean the poop in the yard I need to have the will and desire to do so. The last part is the most important part. That’s usually an every other day duty, and I just did it yesterday. See? Snowball. It’s times like these I feel a nap coming on. 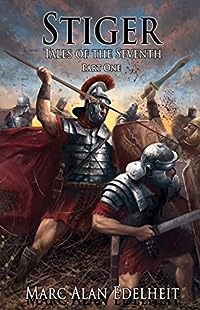 Stiger: Tales of the Seventh
by Marc Alan Edelheit

A nobleman from an infamous family, Ben Stiger finds himself freshly assigned to Third Legion, Seventh Company as a lowly lieutenant in the opening stages of war between the Empire and the Kingdom of the Rivan. Third Legion has been tasked with pursuing a retreating Rivan army back to the border where the Empire can take the fight into enemy territory. However, a major obstacle stands in Third Legion’s path: the river Hana. The crossing is sure to be contested and dangerous. Should Third Legion fail to force a crossing, the entire campaign could grind to a disastrous halt.

This is Stiger’s first military appointment. Inexperienced, young and unsure of himself, Stiger is ostracized by his fellow lieutenants. Worse, he’s been placed under the command of an incompetent officer. With life and reputation on the line, he must learn to understand men far beneath his station and lead them into battle. Stiger struggles not only against the enemy, but against his family’s history and his own side to prove himself worthy of serving the empire he loves and earning the respect of the men he leads.

Set amidst the backdrop of an epic war, there are greater forces at work than the young Stiger can even begin to imagine, setting him on the dangerous and lonely path of destiny. 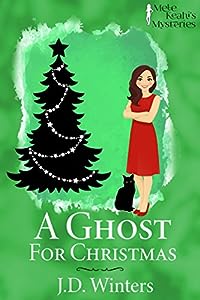 Be careful what you wish for
Mele Keahi thought she was going for a vacation at her aunt’s – just what she needed after a breakup and a lifetime of heartbreak since her mother disappeared. What she wasn’t expecting was finding a new guy… or that dead body on the doorstep! Could her sweet aunt really be involved? Or was it someone else near and dear to her? And then there was the handsome ghost from her Hawaiian childhood. Not what she’d bargained for–but sometimes you just have to deal with what the cat dragged in. Will she figure that out before the murderer finds a way to silence her forever?

Yummy recipes for Hawaiian style cooking in each book–Chicken Hekka in this one.

The books in this series have minor themes that run through them all, but each story can stand on its own. 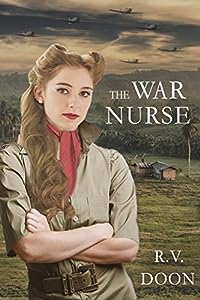 The War Nurse: A WWII Family Saga
by R.V. Doon

This historical thriller begins on the eve of WWII in the Philippines. Katarina Stahl an American Red Cross nurse, is the happiest she’s ever been in her life. She’s making love and playing music with Jack Gallagher in an idyllic paradise. Their medical mission is over, the boat tickets to home are purchased, and all that remains is to fly a sick child to the hospital at Clark Air Field.

She never expected to witness bombs falling out of planes. In those terrifying first minutes, she frees a German doctor accused of spying and saves his life. She turns to nursing the injured, unaware she’s unleashed an obsession more dangerous to her and those she loves, than the war she’s trapped in.

Doctor von Wettin, the man she freed, finds Katarina pregnant and starving in a POW camp after the surrender. He begs her to nurse his bed-ridden wife. She knows other Americans will despise her, but wants her baby to live after surviving Bataan. Their uneasy alliance is destroyed when she discovers he exploited Red Cross diplomatic channels and contacts at the German embassy to wire money to her parents. His benevolent mask slips when he informs her that her brothers and parents are interned on Ellis Island.

When the Stahl family is swept up in the FBI’s dragnet, Josep Stahl believes it’s all a misunderstanding. He’s interrogated like a criminal at the city jail, a military camp, Ellis Island, and then the civilian internment camps in Texas. His anger and pride blind him. One by one in this painful family drama, his wife and sons join him behind barbed wire in. There they face ostracism, segregation, and, most frightening, repatriation.

Katarina begins an even more terrifying journey into depraved darkness as Manila descends into occupation and chaos. The doctor threatens everyone she loves: infant son, POW husband, and Filipino friends. She’ll do anything to protect them; she lies, steals, and smuggles. As the war turns against the Japanese, they withhold the doctor’s wife’s life-saving medications until he finds a hidden radio inside the civilian internment camp. If Katarina refuses to help him, her son pays the price.

Survival has corrupted Katarina; but she’s not about to become his camp rat. After years of hell, she’s earned her nickname, war nurse. Doctor von Wettin is about to find out what that means. 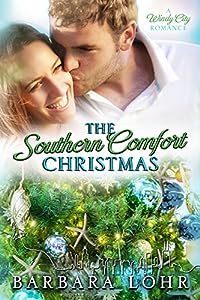 A Christmas wedding becomes chaos for Harper and Cameron in this heartwarming romance, a sequel to Finding Southern Comfort. Mistletoe and magnolias turn to mayhem when Savannah meets Chicago. Families can’t agree about anything, from the venue to the menu. Harper’s heart sure isn’t in it. Her mother’s wedding gown isn’t the only thing that doesn’t fit. The impending celebration frustrates the Savannah couple as they’re swept into a frantic countdown to Christmas. When Cameron’s sidelined by a broken ankle, his little girl Bella reverts to bad habits. Only in each other’s arms can the bride and groom find comfort while around them the planning threatens to become a second Civil War.

Cameron’s family refuses to travel to the “frozen hinterlands,” and Harper’s glorious wedding day frays further. Frozen pipes and water damage cause a change in plans. But even when the ceremony is moved to Cameron’s Savannah mansion, his family might be a no-show.

Harper’s friend Julep suggests a solution and Cameron’s mama reluctantly agrees to handle the menu. When the dreaded chicken becomes jambalaya, hope is on the horizon. A trip to Bleubelle’s provides the dress of Harper’s dreams, and everything seems to finally be falling into place. But not quite… and that’s the fun of this continuing southern saga. 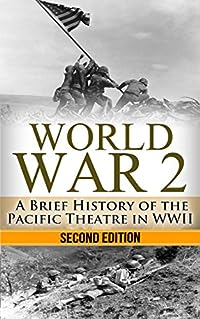 Discover the Mysteries & Exciting Facts about the Pacific Theater of WWII

America’s involvement in the Second World War may not have been there at the start of the conflict, but once they declared their involvement, the fighting was just as intense. Much of the American fighting took place in the Pacific/Asian area of the globe, and with that came a way to do battle that was much different from the fighting in Europe. Learn about the events that led up to America’s involvement in World War II, as well as the nuances of fighting on the sea, in the air, and on the land of the Pacific Theater.

Here’s a Preview of What You Will Learn

* Japan’s expansion
* The attack on Pearl Harbor
* The American decision to declare war
* The Battle of Midway
* The bombing of Japan
* and much much more!