I think if our Elf on the Shelf, Sanuel, is going to be staying with us this long, he needs to pitch in a bit. I woke up this morning to find the dinner dishes from last night were still littering the kitchen. There is a pair of dirty socks on the couch as well. I’m not saying he has to clean every night, but a little help would be nice. I love the magic of the Christmas season, but a little cleaning magic with be so useful right now. Just a little? Please? Hey!!?? Where did this bottle of wine come from? 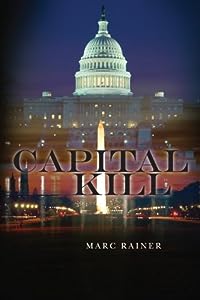 A Killer Prowls The Streets Of Washington, D.C.

A few short blocks from the safety of the museums and monuments on the National Mall, a ruthless murderer roams the Capital, stalking his prey. Federal prosecutor Jeff Trask joins a team of FBI agents and police detectives as they try and solve a series of brutal murders. As the body count rises, the investigation leads to a chilling confrontation with the leader of an international drug smuggling ring, and no one is safe, not even the police.

Capital Kill uses a backdrop story of the dangerous Jamaican drug “posses” that were responsible for dramatic increases in the murder rates from New York to Miami in the late 1980’s and early 1990’s to create a vivid and accurate police procedural of federal and local teamwork from investigation to prosecution.

If you like Law and Order, NCIS and John Grisham, you will love Capital Kill! 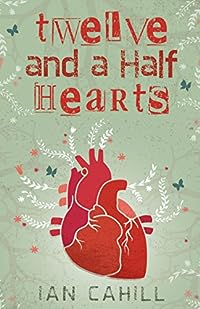 Twelve and A Half Hearts
by Ian Cahill

She is perfect. She is beautiful. She has a secret.

Follow Sue Anderson and the relationships she forms along the way from high school valedictorian through her thirties as she attempts to overcome a devastating discovery. Hear her story through the eyes of those that cross her path. They share in her joys and pains as she pushes and pulls them in and out of her life. 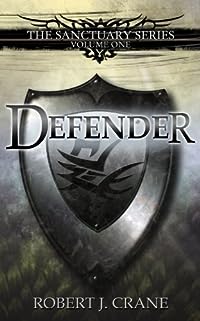 The world of Arkaria is a dangerous place, filled with dragons, titans, goblins and other dangers. Those who live in this world are faced with two choices: live an ordinary life or become an adventurer and seek the extraordinary.

Cyrus Davidon leads a small guild in the human capital of Reikonos. Caught in an untenable situation, facing death in the den of a dragon, they are saved by the brave fighters of Sanctuary who offer an invitation filled with the promise of greater adventure. Soon Cyrus is embroiled in a mystery – someone is stealing weapons of nearly unlimited power for an unknown purpose, and Sanctuary may be the only thing that stands between the world of Arkaria and total destruction. 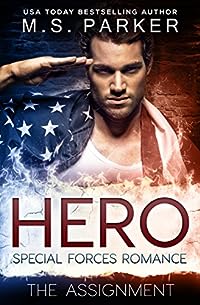 The HERO series is now complete. This is Book 1 out of 3
Special Forces soldier, Haze Welch, is military born and raised. Serving the country is what the Welch men do, and all Haze has ever wanted.
But during a 18-month tour overseas, his world shatters in an instant. Haze gets injured and is not able to return to active duty.
Unable to face the thought of spending the rest of his life behind a desk, he accepts a job offer as a personal bodyguard in Los Angeles for the flighty heiress Leighton Machus.

After all, one spoiled little girl would be a piece of cake compared to everything else I’ve been through, right?

Little does Haze Welch know, he’s about to get a rude awakening. 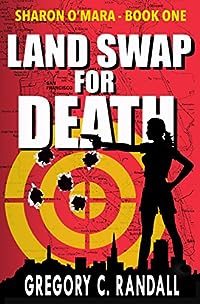 This is where it all begins: Book 1 of the Sharon O’Mara Chronicles. Sharon O’Mara’s job with an insurance company is sucking her soul dry and now, after being assigned to investigate, and then settle a life insurance claim, she’s certain it was more than just murder. When her friend, Detective Kevin Bryan, first looked at the wet and bloody body of Richard Franklin laying in the empty BART parking lot, he too was sure there was more to it than just a 45 slug through the heart. Homicide is never acceptable in the tony eastern suburbs of San Francisco, especially in the East Bay bastions of the rich and powerful. Was it Franklin’s land deal, or his high-end BMW, or his wealth, or his alcoholic wife that led to his murder? On the other hand, was it a deranged killer who hides beneath a cloak of respectability and privilege? O’Mara and Bryan struggle with the insane thought that Franklin was killed to cover up a bigger crime, a crime of shocking and lurid vengeance and visceral hate…