Mary Jane Walker hails from New Zealand. She has been travelling the rest of the world, and her native country, since early youth. She first experienced serious world travel as part of the crew on a small Chinese junk which was being sailed from China to France. Her memoirs are unconventional, historically well-informed and lavishly illustrated. 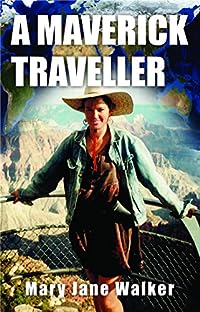 A Maverick Traveller is an introduction to a series of unconventional travel stories by the New Zealand author Mary Jane Walker. The story begins with an account of an epic voyage on a Chinese junk, followed by Mary Jane’s early life in New Zealand and her later adventures worldwide. Mary Jane has five books published and more are forthcoming.

Mary Jane first experienced world travel in an unusual way, as part of the crew on a Chinese junk named La Dame de Canton, the first to be built in the old way in decades. La Dame sailed from Canton, now Guangzhou, to Paris in the early 1980s. Just as in the old days of exploration by sail, the voyage took a couple of years to complete, with many stops along the way for fresh water and supplies, and, yes, for repairs as well.

Mary Jane joined the Junk Expedition because she fell in love with the Captain, Niels, then found herself on a Chinese Junk sailing under a state of emergency into Diego Garcia. They had run out of food, had been eating rice and drinking saltwater for ten days; soaked on the boat. The sails were ripped.

A Maverick Traveller is the first book in Mary Jane’s Maverick series of 8 travel memoirs.

Mary Jane travels with no real plans and decides where to go and see next when she gets there. She likes to explore the culture and history of places that are off the beaten track as well as places that are well known, and to talk to the local people.

By the time she sat down to write her books, Mary Jane had travelled the world, from the Arctic Circle to work as a park ranger on an uninhabited island administered by New Zealand’s Department of Conservation. She had spanned two years (mostly naked) on La Dame de Canton; drunk hallucinogenic tea in the Amazon rainforest; and got so lost she ended up at Robin Hood’s hiding-place.

Among other adventures, Mary Jane has also walked to Mount Everest Base Camp and seen the work and life of Sherpas; respectfully observed the life of many churches, temples and mosques; traversed various parts of the pilgrimage trails of the Camino de Europa; explored the stunning landscapes of New Zealand; visited remote parts of the Arctic while pulled by a team of dogs; travelled around Cuba the hard way; examined the downfall and renewal of the American inner city, and interviewed protestors at Standing Rock. All the while, meeting amazing people along the way.

As the book’s précis explains,

“Whether it was eating dog unintentionally in Indonesia, meeting the rapper 50 Cent before he was famous at a back-packers, or kicking a US nuclear submarine in New Zealand, A Maverick Traveller is filled with the unique stories and experiences of Mary Jane Walker. Mary Jane has travelled to all corners of the globe: to large cities, rural villages and tiny unknown islands off the coast of continents.”

A Maverick Traveller is the first in an expanding series of books, all with Maverick in their title namely:

Mary Jane is self published and turned down Literary Agents – she is a Maverick. 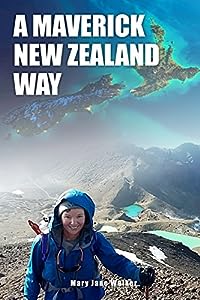 Down in the Southern Hemisphere lies a land of beauty, dramatic scenery and adventure – New Zealand.

In an e-book with nearly 600 photographs and maps, you, too, can discover the stunning back country of New Zealand, through walks, treks, mountain ascents and even a spot of mountain biking. Mary Jane, a self-proclaimed ‘Maverick Traveller’, sets out on many of the walks and mountain ascents throughout New Zealand’s North and South Islands.

Mary Jane shares her love of travel, trekking and adventure through this thrilling book. Whether you are a beginning trekker, intermediate or advanced you will find something in this book for you.

Learn about native bush and wildlife nestled among a variety of landscapes – glaciers, volcanoes, grassy plains, waterfalls, lakes, vast stretches of ocean and geothermal areas, as well as areas of special significance to Maori, and cityscapes both modern and colonial.

An interesting account of New Zealand history in town and country as well as a memoir of modern experiences, A Maverick New Zealand Way is the perfect read to inspire you to get outdoors in New Zealand. 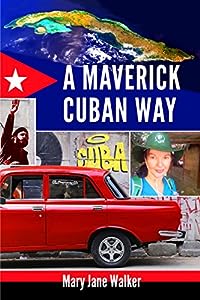 A Maverick Cuban Way is a historically-informed travel memoir, which describes Mary Jane Walker’s three-week visit to Cuba at the end of 2016 and the beginning of 2017.

Mary Jane spoke to many local people, staying in casas particulares (guest-houses) and travelling on local buses. The book begins with a particularly strong and well-informed historical chapter, which sets the scene for more contemporary descriptions that follow.

Containing some guidance for travellers, but not a guidebook, A Maverick Cuban Way describes Mary Jane’s journey from Havana around the island, via the beach resort of Varadero; the French-founded city of Cienfuegos; Playa Girón, beside the historically notorious but ecologically significant Bay of Pigs; the old-fashioned town of Trinidad; the city of Bayamo, honoured in Cuba’s national anthem La Bayamesa; Fidel’s 1950s hideout in the Sierra Maestra; Pico Turquino, the highest peak in Cuba; Santiago de Cuba, the second city of the island; Guantánamo, the site of the American base, a Cuban town and the Guantánamera; Baracoa, a once-isolated coastal town with a strong Haitian influence; and Camagüey, an inland city of the plains. 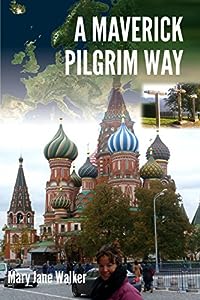 Join Mary Jane as she treks along the winding ancient roads of pilgrims, across the continent of Europe and beyond.

All across Europe, and beyond into Turkey and the Middle East, there is a maze of walks on which to make incredible discoveries and have plenty of adventures. The best-known is the Camino de Santiago, or St James Way, along which a symbolic scallop shell marks the way. Mary Jane hopes to complete it in its entirety, one section at a time

Ancient pilgrim trails still in use today traverse nations and mountain ranges across Europe and into the eastern Mediterranean region.

So, strap on your backpack, your walking boots and come along for the ride. Discover little-known walkways and pilgrim trails dating back hundreds of years, as Mary Jane sets out to cover as much ground as she can.

Pilgrim ways aren’t just for the religious. People of all ages and walks of life come to walk them. The journey becomes one of learning about other cultures and their interconnected histories and stories. Mary Jane shares her experiences of this in A Maverick Pilgrim Way.

Racking up many a kilometre all over Europe, and east of Istanbul, Mary Jane sets out along the way in in a great variety of places, from Ireland and Portugal in the west to Russia and Turkey in the east. The landscapes and jaw-dropping scenery are one thing – while the people, cultures and histories are another.

Walking through cities and over the countryside has been a humbling experience, one in which Mary Jane has met the people and got up close and personal with each of the cultures and countries she visited.

Follow Mary Jane as she makes her way along ancient trading routes and pilgrim paths, and learn about the people she meets, the experiences of her journey and a history of pilgrimages across Europe and the Mediterranean. 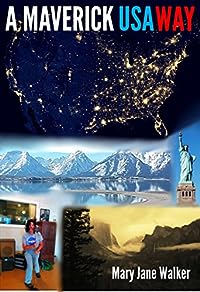 A Maverick USA Way is the fifth in Mary Jane’s series of unconventional travel memoirs. Mary Jane has been visiting the USA since the 1990s, and travelled right around the continental USA by Amtrak train in the autumn and winter of 2016 and 2017. Not only was she confronted by politics during the height of the 2016 election season, but also discovered environmental and social issues along the way. She took the train to the Glacier, Grand Teton, Yosemite and Rocky Mountains National Parks before the snow hit. She loved the Smithsonian museums and after seeing a dance at the Museum of the American Indian in Washington DC, she decided to go to Standing Rock. It was a protest over land rights and drinking water, at 30 below zero! She was awed by Chicago architecture, by an Art Deco Detroit which is reverting into a park, by Galveston and by Birmingham, Alabama. She was in America for the election and was not surprised Trump won. She was tired of being mistaken for a homeless person because she wore a back pack, and left San Francisco because of it. The book begins with a guest historical chapter, and then tumbles directly into Mary Jane’s own account of life on the rails, plus a spell in Hawai’i on the way home. With 409 maps, photos and other images.