The World Of Espionage

Fast-paced and extremely well plotted… espionage, murder and romance are all intertwined in this edge of your seat collection from Author Noel Hynd. With his extensive knowledge of the ins and outs of Washington’s institutions, public and private, these novel’s are a few notches above the Ludlums and Clancys of the world. Enjoy! 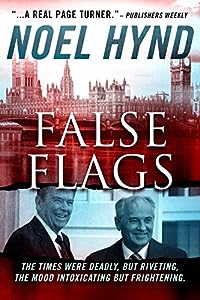 From the author of FLOWERS FROM BERLIN, CONSPIRACY IN KIEV and two dozen other best selling thrillers, comes a newly revised ‘endgame’ spy story, based on the events of 1983 that were all too real.

It is 1983, the freezing point of the Cold War between the United States and the Soviet Union. Behind the headlines, unknown to most private citizens, the two super powers bumble toward nuclear confrontation… and in the back streets and back alleys of world capitals, spies and recalled spies fight for a part of a missile guidance system that could tip the balance during nuclear confrontation. And at the center is a woman with a terrible secret.

Noel Hynd takes you on a journey into the world of espionage in both the 1960’s and 1980s. Based on fascinating real life detail, some of it autobiographical, the story teams with real life characters from Andropov to Profumo and spawls across CIA stations in London and Paris as well as Parisian night spots and journalistic/spy haunts such as Harry’s New York Bar in Paris. The times were deadly, but riveting, the mood intoxicating but frightening.

For spy fans, this is a trip into the real world. You will never feel the same about the year 1983. 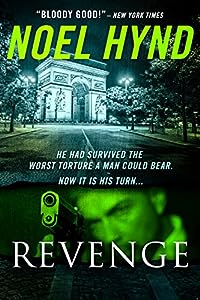 By the author of “The Russian,” and “Murder in Miami.” A classic story of a manhunt, an international thriller!

US AIr Force Lt. Richard Silva’s hell on earth begins in the fall of 1970 when his plane is shot down over North Vietnam. Silva is captured and taken to a POW camp where he is turned over to a shadowy interrogator who specializes in the systematic torture of American prisoners. Miraculously, Silva survives and returns to the US.

He finds an America that is profoundly different from the country he left. But America isn’t the only thing that has changed. Silva’s mind has been horribly altered. For him there is only one way out: Find the man who tortured him. Find him and kill him. With only a few clues to his enemy’s true identity, Silva embarks on a manhunt.

Silva quickly penetrates a shadowy underworld of politicians, criminals and intelligence agents in New York, Washington andultimately in Paris. In France, he further burrows into a nether world of professional killers, political extremists, cops and assassins. Along the way, he finds romance with a beautiful young artist and rediscovers his own humanity, all the while drawing closer to the man he must murder in order to redeem his own soul.

The Sandler Inquiry
by Noel Hynd

A deadly and elusive man. A young woman seeking justice and retribution. A thirty-year-old secret from World War Two. A latter day showdown among British, American, and Soviet intelligence services.

Who was Karl Sandler? Wartime patriot? Or a ruthless and amoral monster who put his vast financial machine behind the highest bidder? Leslie McAdam calls him by another name: her father.

Based on a shocking and shameful episode in history that threatened to alter the course of the world’s economic future, The Sandler Inquiry tells a gripping and unforgettable story of espionage and intrigue, loyalty and love, set in the sprawling ragged violence-prone New York City of the 1970’s.

Determined to claim her rightful inheritance — and to uncover the shrouded past of the man she knew as her father — Leslie has come to Thomas Daniels, a New York attorney haunted by his own bloodstained family history. Yet not even Daniels can imagine what lies beneath decades-old secrets when he launches an inquiry into his client’s murky past. As he moves through the twisting labyrinth of the world’s intelligence community, he uncovers a monstrous link between the man who called himself Karl Sandler and a conspiracy reaching to the highest levels of government… in three countries. From America to Europe to Soviet Russia, he pursues a cold trail that is suddenly red-hot, as the violence of the past lives again and Daniels is stalked by a deadly adversary who must keep the truth buried at all costs.