A Friend For Junebug

I am about to burst with joy. My neighbor is shopping for a puppy and she is looking in the little dog section! I am thrilled! Junebug would finally have a playmate her size and I don’t have to potty train it. I just can’t go through that again. Nooooo. Junebug is still not perfect at that, but she is way better than she used to be. Anywho, I gotta get going on training her not to be so aggressive when she plays. She gets really snappy. I kinda think she needed to because everyone has been so much bigger than her. I know it might be months away, but I need for her to be in tip top shape to play with a puppy. Time to dust off the squirt bottle. 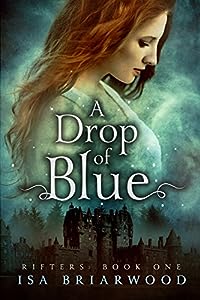 A Drop of Blue: Rifters: Book One
by Isa Briarwood

An average Wednesday night gets turned upside down when 16-year-old Cate McAuliffe inexplicably finds herself whisked to The Village, a way station for accidental time travelers. And she’s not there alone. Stranded amongst countless others struggling to grasp that the year is 2043, she meets Angus Danann, a handsome 19-year-old boy from Ireland. They are magnetically drawn to each other from the beginning, although Cate tries to suppress her feelings.

But then Angus tells her about an intriguing Irish myth involving a goddess of dreams and the man who loves her. They both recognize themselves in the legend, and admit to having independent yet eerily coincidental experiences.

It becomes clear that Angus and Cate are destined to be at The Village together, if only to figure out how to help the other “rifters” back to their own time. As the two of them struggle through one harrowing situation after another, they attract the attention of General Lyons, the stern overseer of The Village. He suspects the rising toll of incidents associated with Angus and Cate aren’t happening by chance.

With their lives at risk, Angus is forced to reveal a secret that changes the game completely — for all of them. If they give General Lyons what he wants, they get to go home. But if they succeed at their task, Cate and Angus doom themselves to being stranded in vastly different times, separated from one another forever. 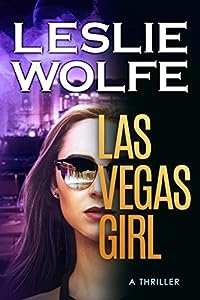 Detectives Laura Baxter and Jack Holt are members of the elite: Las Vegas Metro PD, one of the toughest and most respected law enforcement agencies in the United States. In the middle of a city with two million residents and 43 million annual visitors, they’re hunting for a killer.

In a glamorous Las Vegas hotel, in front of hundreds of witnesses and under the lenses of countless video surveillance cameras, a young girl is brutally murdered. What promises to be a quick and easy investigation soon becomes a nightmare. The most recorded crime in Vegas is missing one key protagonist, the killer.

A crime-scene fingerprint unleashes dozens of unsettling questions instead of providing answers. Was this a murder for hire? In the politically-charged case, the scenario seems plausible; the victim’s secret life could’ve been the obstacle in an ambitious politician’s path. As the investigation unspools the well-concealed secrets surrounding the girl’s life, Baxter and Holt attract the attention of someone desperate to keep history’s terrible secrets buried.

A testimony from beyond the grave turns into a death warrant for the two unrelenting detectives. While they expose a connection with the victim’s distant past that could hold the key to catching her killer, they must learn to rely on each other to survive.

Two mavericks make an intriguing team. Baxter and Holt trust each other with their lives, only not with their darkest secrets. 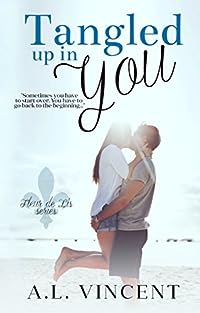 Tangled Up In You (Fleur de Lis book Book 1)
by A.L. Vincent

When he cleans out their bank account once too often, Emily packs her meager belongings and returns to her hometown of Bon Chance, Louisiana. Surrounded by the love and support of a group of old friends — collectively known as The Boonies — she’s determined to change her life and open her own catering company.

Noah is an Iraq war veteran and fighting his own battle with PTSD, and he feels he has little to offer anyone. His nightmares and panic attacks leave him exhausted and on edge, yet he can’t help but find solace in Emily’s quiet presence.

Everyone has dreams, but it takes more than a wish to make them come true…

Emily struggles night and day to scrape together the money to start her business, but this doesn’t stop her friendship with Noah from blooming into something much more. He’s always there to cheer her on, and she’s his bit of tranquility for untangling his troubled mind.

It turns out starting over isn’t easy. Was coming back to Bon Chance a horrible mistake, a sign of failing to make it in the larger world?

But all her friends have returned as well, so maybe — just maybe — having the courage to go back to the beginning will prove the ingredients for a life of love and happiness have been waiting here all along… 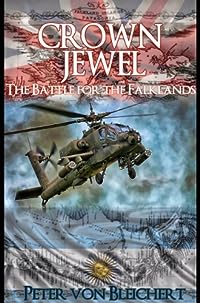 A remote and windswept South Atlantic archipelago, the Falkland Islands are a British Overseas Territory located some 400 miles off Argentina’s Patagonian coastline. Argentina calls the islands ‘Las Islas Malvinas,’ and has never recognized London’s authority.
In 1982, Argentina initiated ‘Operación Rosario,’ the invasion and occupation of the Falklands.
Although initially successful, the campaign failed, and the British were able to hold on to their remnant of Empire.
Despite defeat, however, Argentina has never abandoned its claim to the islands…

Argentina, nursing a wounded economy, coveting the Falkland’s rich oil deposits, and influenced by a former Nazi, invades once again!
British Crown Prince Albert — an attack helicopter pilot fresh off a haunting tour of Afghanistan — is sent to the Falklands for a royal visit, and an affirmation of London’s commitment to the territory and its subjects. Caught in the unfolding operation, Prince Albert must face personal demons, as well as the Argentine commando sent to hunt him down. 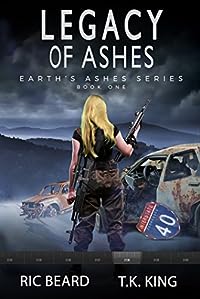 “The ways of the old world belong in history books… ”

It’s the dawn of a new age in Triangle City.

Built atop the ashes of Research Triangle Park, the city bursts at the seams with high-tech smart glasses, pulse weapons, and hover bikes. But outside the walls, the world has regressed into a colonial free-for-all where it’s every man and woman for themselves, and a raider army waits in the wings to take all for which the city has struggled.

Inside the walls, men driven by greed corrupt the system to enjoy unyielding power at the expense of the meek, while exposing the last bastion of advanced civilization to the looming threats beyond.

Lexi Shaw plans to change that.

Sacrificing the comfort of the mountain compound community she has established over 100 years, the genetically-altered Shaw and the members of her mysterious foundation have infiltrated Triangle City and the dystopian OK City to exact change, to place power in the hands of those who deserve it so they never see the bloody horrors of a civilization’s fall again.

Can one, unlikely team stand between a city’s survival and total extinction?

Legacy Of Ashes is a sprawling Science Fiction tale for readers who enjoy slowly unfolding, mysterious plot lines with strong characters, exciting combat, and a glimpse into the future of technology.