A Mile Of Rain

I am feeling pretty darn good about myself right now having been on the ball and planting my onions and carrots in the raised garden bed hubby made last year. I was even on it enough to have added some extra soil to give it a bit of a boost. Right now the rain is watering everything, so I should have some happy little plants. Junebug isn’t so thrilled with the rain. She piddled in the house yesterday, and I think she was really hoping I wouldn’t notice. I did, and I grabbed her, ran her to the back door and put her out into the rain storm. She can’t complain too much though, I did make a nice little shelter for her so she can do her business and stay dry. She is still mad she has to go that one foot of wetness to get to the shelter though. I guess when you are that small a foot is about a mile. Maybe two miles if it’s raining. I was a bit pissy about the peeing in the house, but I did realize though that it had been a while since she had done that. For the longest time I thought she would never be housebroken, yet I guess she is now….ish. So I guess now I am officially past the puppy stage. I couldn’t be happier. I have told you all before I don’t like puppies and now I am out of the woods. No more puppies for me… I knew as soon as I said it I just cursed myself. I AM NOT GETTING A PUPPY!! 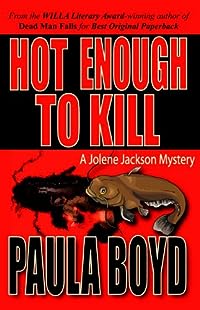 Kickapoo, Texas, is the last place Jolene Jackson wants to be, but with her 72-year-old mother’s boyfriend murdered and Mother Dearest locked up because of it, she’s got little choice but to head south and deal with it.

Bullets are flying, chicken’s frying and there’s a lunatic on the loose in the mesquites with a shotgun who’s Hot Enough to Kill.
An excerpt is included in The University of Texas Press’ title, Lone Star Sleuths–An Anthology of Texas Crime Fiction 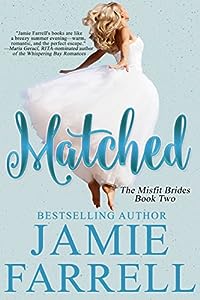 A country music heartthrob and his long-lost love walk into a wedding…
Will Truitt grew up living a country song. His momma died, his daddy went to prison, and his dog ran away. Now, as superstar Billy Brenton, his life should be pretty dang good. But he hasn’t been able to write a decent song in months. Crashing a wedding in a quirky little bridal-obsessed town is supposed to provide inspiration to get his career back on track. Instead, all he finds are regrets when he comes face-to-face with the only woman to ever crush his heart.

Lindsey Castellano gave up on love a long time ago. As a cutthroat divorce attorney on the outskirts of a town devoted to brides, weddings, and happily ever after, she’s honed her skills at avoiding love, commitment, and inevitable heartbreak. Or so she thought until Will Truitt reappears in her life.

When Lindsey shattered Will’s heart fifteen years ago, she’d been a sorority girl on her way to the top. He’d been a lowly janitor with a dream. Now he’s on top of the world, and she’s the last person he should need or want.

But she’s the only person who has ever inspired his music. And he’s the only man she’s never been able to forget. Have the years made them wiser, stronger, and better able to love, or this time, will they simply crash and burn harder? 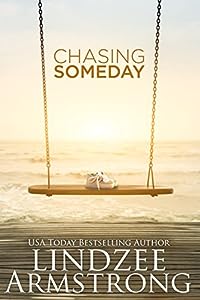 Megan doesn’t want to be bitter. But it’s hard not to be when her star teenage piano student accidentally gets pregnant. Megan’s done everything right — married the man she loves and read the parenting books. Yet after six years of insanity-inducing hormone drugs and desperate prayers, all she has to show for her efforts are enough negative pregnancy tests to fill a bassinet.

Christina has been off birth control for more than a year — she just hasn’t told her husband. Now infertility threatens to rip their already strained marriage apart. He’s uncertain about fatherhood, but Christina will do anything to be a mother.

Kyra, the poverty-stricken mother of a precocious three-year-old, is shocked to struggle with secondary infertility. A baby is priceless, but try telling that to those demanding payment for the chance at motherhood.

When a school book drive brings the three women together, their uncomfortable secrets soon come to light. Can they overcome their heartache together, or will they allow their struggles to tear them apart?

Explore this emotionally charged tale of friendship and hope today! 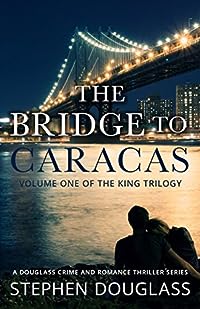 THE BRIDGE TO CARACAS: A DOUGLASS CRIME AND ROMANCE THRILLER SERIES (THE KING TRILOGY Book 1)
by Stephen Douglass

It was a piece of national history. The story had to be told.

One of the largest and most audacious gasoline tax evasion scams in Canadian and U.S. history.

The perpetrator used The Peace Bridge, spanning The Niagara River, to facilitate his crime, and his private Cessna to transport the enormous fruits of the theft to the “safety” of a Cayman Island bank.

The scam netted an amount “that makes The New York State Lottery look like a Sunday school collection.”

Cynical and remorselessly ruthless, the thief possesses a brilliant criminal mind, has enormous contempt for the law, police, governments, and the system in which they function. He assumes rules are for fools, and takes sadistic pleasure in breaking them. 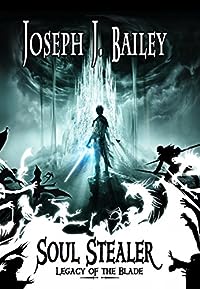 Soul Stealer: Legacy of the Blade
by Joseph J Bailey

The legions of Chaos have overrun the world.

With the Heavenly Host’s fall, Angel Swords rained from the heavens, littering the world in what was.

Only the most honorable and purest of heart are able to take up the Angel Swords and wield them against the throngs of Chaos. These mighty Empyrean Knights are all that stand between Uërth and annihilation.

Saedeus is neither pure of heart nor honorable. Nor does he wish to wield an Angel Sword.

He just wants to be left alone with his mushrooms.

And his pet rock.

When he inadvertently takes the soul of a dying Empyrean Knight into himself, his world, and his obligations, grow forever larger.

With the help of his pet rock, the spirit of a heavenly knight, and the sword of a fallen angel, he might be able to make all the difference.

If he doesn’t die first.