I think it’s going to be a while before the smile on my face will settle back down. The Kris Kristofferson concert last night was everything I was hoping it would be. He is an amazing story-teller, and his voice and songs never fail to send me back to my childhood hanging out with my dad. The venue was nice and small, so there wasn’t a bad seat in the whole place. I wasn’t surprised to see that it was a sold-out show. I hope this means he will be coming back around this way again. I have mentioned before that where I live is actually a vacation destination, Sonoma Wine Country, and I never really appreciated just how many places that are close by that one could see top billing performers. HECK.. one is within walking distance of my house. I see the fireworks displays they have sometimes. I think I found my New Years Resolution for 2018. I’m going to enjoy more of these shows and get out a bit more after dark. Who said a New Years Resolution had to be about diets? 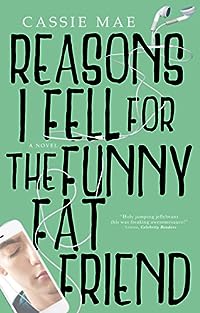 Reasons I Fell for the Funny Fat Friend
by Becca Ann, Cassie Mae

It’s stupid to fall for your brother’s ex. It’s even worse to enlist another’s help to win the ex over. But Brody is desperate and Hayley, his partner in American Sign Language, is more than willing to lend him a few tips. She’s the school’s ‘matchmaker’, and with her bizarre and positive personality, Brody finds her easy to talk too, even about the most awkward situations. Hayley’s tips seem to be working, but as Brody learns more about his matchmaker, he starts finding reasons to spend time with her, and not the girl he thought he was in love with.

But Hayley isn’t ready to fall for anyone. Labeled the “Funny Fat Friend” within her group, her self image makes it impossible for Brody to share his feelings without Hayley shrugging it off as a joke.

Convincing her Brody can, and did, fall for the “Funny Fat Friend” turns out to be a lot harder than simply falling in love. 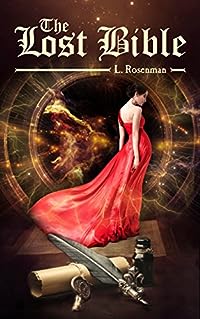 “Fate brought us here. Faith will get us out.”

Hannah, a green-eyed beauty, finds herself in mid-life with no husband, no work, and no clear direction. Following a promising ad, she joins an enthusiastic professor on a perilous search for a lost copy of the Gutenberg Bible, last seen in the 16th century. To succeed where others failed, they must decipher ancient encrypted texts, enter monasteries and torture cellars – and avoid dangerous criminals who will stop at nothing to lay their hands on this priceless antiquity. But then they are forced to face an even greater challenge…

This suspenseful romance reveals an ancient love that drowned in blood 500 years ago, yet has endured to this day. 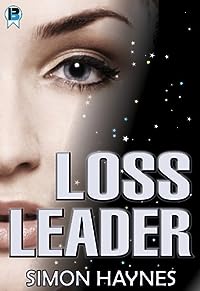 After delays and last-minute setbacks, the first colony ship leaves planet Earth for a distant star. Join the crew as they discover all is not as it seems…
A 9000 word short story originally published in Andromeda Spaceways issue #3

“… pure science fiction and, just between ourselves, an entirely evil tale, suggesting a far more likely approach to Earth colonizing the universe than I have seen in a long time.” ASIF

“… a tale of space colonization as executed with corporate corruption (the kind you probably, sadly know firsthand), written with a dawning, chilling, believable cynicism.” ASIF 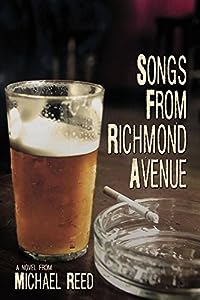 If the adage “nothing civilized ever resulted from the drinking of beer” requires further proof, one needs look no farther than down Houston’s pothole-infested Richmond Avenue. There, the blurry-eyed denizens of the Relix Club wile away the hours engaged in their two favorite activities – drinking and betting.

Until recently that was good enough for our storyteller, a journalist of questionable work ethic, who undergoes an epiphany following a bus stop meeting with pretty Michelle, a woman he declares has “skin so perfect I doubted she even had pores.”

Could she be his redemption? Maybe, but first he’d better contend with her baseball bat-wielding former beau, her nihilistic stripper roommate and the suspicious death of a friend, who fancies himself the father of Brute Generation poetry.

Mostly satire, often wildly unpredictable, the only real long shot in Songs From Richmond Avenue would be for its protagonist to put down his beer long enough to learn anything of true value.