A few days ago I ordered the silliest little Valentines day gift for my partner in crime. It made me laugh so hard I just had to get it for her. I can’t say what it is, just in case she reads this., but yesterday the package arrived and I am second guessing if I want to give it to her. I want it. It’s fantastic and I want to keep it. I shouldn’t keep it. The joy it will bring her will be worth giving it up. I think.. not sure about that last statement. Hmmph… I have a few days to decide. 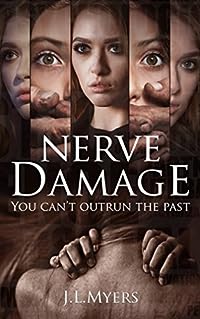 A fatal car crash. The sole survivor. And the dark hooded stranger that wants her dead.

When a terrible accident — not accident — stole my parents’ lives, my whole perfect life changed. My memories are hazy, and there are scars on my wrists. I’ve been locked away for my own protection… until I prove my sanity, until I lie. There was no hooded figure on the road that day, no one standing over me as I lay paralyzed watching my parents burn.

I am Cassidy Lockheart… 20-year-old orphan.

Determined to free my caged mind, I find myself far away on an unexpected trip to help return my forgotten past. The snow was part of my life before, but now it’s like a blank slate, until an avalanche changes everything. But I’m not alone. These other ‘lucky’ trip winners may not be the strangers they pretend to be. And my hooded attacker… I see him everywhere.

Is this real? Or delusion caused by head trauma?

Either way, I’m being watched. I can sense it. I can feel it. Someone is after me; maybe they’re after us all. The avalanche was no accident. It was staged to deliver us to this abandoned place. A place where the walls whisper dark secrets of a sinister past… a past no one can escape. Trapped, this snow won’t let up… it won’t let us leave. My lost memories hold clues, but they’re buried so deep, polluted and twisted in my every waking nightmare. What is real? I don’t have the answers. But I need them. Time is ticking and if I don’t figure this all out soon it will be too late.

The past is coming for us all… and it wants blood.

Warning – This book contains some graphic scenes that are only for an adult audience.
Psychological Thriller / Horror 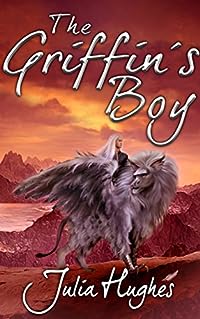 Only noblemen’s sons are recruited into an elite troop known as the Griffin Riders… as a penniless orphan, Neb’s sole ambition is to train as a groom. High or low born, all students eagerly await recruitment day, when trainee riders, grooms, and griffins will be selected by the Griffin Master, Romulus. Eventually the big day dawns – and disaster strikes.
Neb’s favourite griffin, the mischievous Balkind, misbehaves and both boy and beast are rejected.
Telling himself and anyone who will listen that Balkind deserves a second chance, Neb steals the beast and sets off after Romulus, determined to change the grizzled old warrior’s mind.
Neb soon discovers that although anyone can ride a griffin, to actually be a griffin rider requires something extra… something usually ingrained in nobleman’s sons, but usually sadly lacking in penniless orphans… … Faith – the inner strength required to take on the world and all its demons – and win. 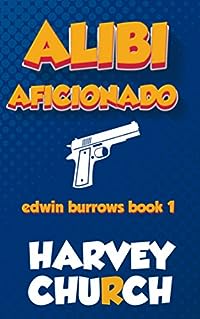 How far will a man go to keep a secret?

Edwin Burrows, CPA, is about to find out how far he will go to cover up an alibi for his firms biggest client. The problem is that Edwin Burrows, can’t do anything right.

So when he’s tasked with constructing an alibi for the firm’s biggest client, everyone has low expectations.

In Alibi Aficionado, Edwin Burrows is an accidental investigator, an accountant without tact or a filter, or any kind of interest for investigations. A cross between Myron Bolitar and Archy McNally, Edwin says, does and behaves in the strangest manner.

Cursed with an investigation that’s doomed from the start, Edwin knows that everyone expects him to fail.

But when the police arrest the all-important client, tensions rise at the firm and the stakes get as big as they’ll ever be. Edwin must decide whether he will use his knowledge to be the hero that helps a guilty man avoid prosecution, or be a zero by telling the truth and burying the firm. 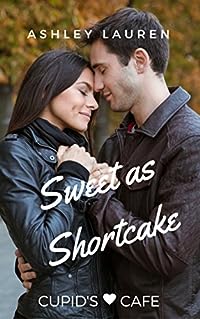 In downtown Berkeley, California there’s a small diner where big things are happening. The locals gossip that at Cupid’s Café love is on the menu… and they would be right!

Katy Cupid has put more than just her heart and soul into her 50’s style diner; she’s also added a bit of her magical touch into spicing up the love lives of her patrons. Katy’s always had a ‘gift’ for knowing who would be perfect together, and she just can’t help doing a little matchmaking. From obvious introductions to sly schemes, Katy is always looking to put two hearts together so that they find a sweet romance that blossoms into true love.

In Sweet As Shortcake, Danny FitzPatrick has spent the past ten years in the Army hiding from the love of his life. When he’s released from the Army, he heads home to Berkeley and stops in at Cupid’s Café. Katy remembers Danny as a teen and recalls how much he liked a certain girl from high school. Love is just a phone call away when Katy calls Sarah Mallory to deliver one of her fabulous strawberry shortcakes.
Danny is shocked to see Sarah and desperately wishes he could wrap his arms around her, but something stops him. He’s keeping a secret from Sarah, and he knows when she finds out she’ll disappear. Can true love find a way?

Each novella in the Cupid’s Café series is a complete story and can be read in any order. This is a clean and wholesome romance. 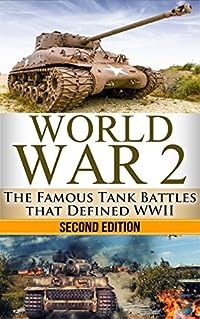 The Second World War was the beginning of a revolution in war and combat, prior to WWII the use of armoured vehicles for warfare was completely unheard of. WWII ushered in a new era with the invention and evolution of tanks, this eBook covers the journey of how these incredible machines became a norm for combat by the time 1945 and then end of the World War came around.

Follow the journey of these muscled armoured monsters from their unusual beginnings when devised in the 15th/16th century by the ever famous Leonardo Da Vinci through to their use during some legendary battles during World War II.

Prepare to marvel at the revolutionary innovative nature of these killing machines during World War II, uncover the role that Charles DeGaulle and other famous figureheads held in the inception and evolution, find yourself gripped as you discover the stories of some of the most well-known and decisive tank battles during the war.

The enthralling stories include the very famous and fear inducing blitzkrieg story of the invasion of Poland that completely revolutionised armoured combat, the battle of El Alamein led by British Commander Montgomery and the Nazi invasion of the Soviet Union stronghold Kursk.

Your journey will conclude with the ultimate discovery of how tanks literally changed the game when it comes to war and combat, this is something still seen in modern day warfare.

This dazzling eBook gives a detailed overview of the history of the tank and its ultimately successful inclusion in World War II, this book keeps you entertained from beginning to end and you will find yourself desperate to learn more about World War II and other key moments in History.