I have mentioned before that my neighbor is thinking about a small dog, and I have to say I am getting supper impatient. I want Junebug to have a playmate that she can rough house with, without the danger of getting her spine snapped in half. Plus I am sure my kitty Sinny would appreciate the break from the crazy pup. It might be a bit premature, but I have asked hubby to find a good spot in the fence between our properties for the doggie pass through. 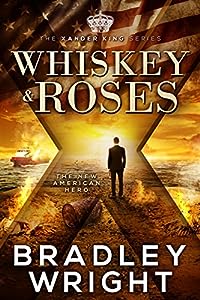 The world knows him as a handsome, charismatic, and successful young businessman. The CIA knows Xander as the US military’s most legendary soldier, turned vigilante assassin, who sharpens his skills in the shadows until he can exact revenge on the monster who murdered his family. They have watched his double life go on long enough, and now the government wants their weapon back.

After a passionate night with Hollywood sweetheart, Natalie Rockwell, is violently interrupted by a surprise attack at Xander’s home, those plans are set in motion. Xander’s experts say it’s suicide, but with the CIA closing in, he must sidestep them and take the fight directly to his rival. With unlimited resources and unimaginable skills, Xander’s enemy will need an army to survive his wrath. Turns out, that’s precisely what he has. This is no longer just about revenge, this is war. 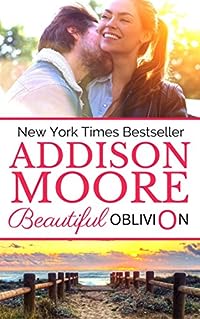 All I wanted was something quick and dirty for the summer — and it was Ace who made my mouth water.The rules: no strings, no expectations, just something hotter than the sun to set the sheets on fire.

It was supposed to be just for the summer… Some people just don’t belong together, or at least that’s what the world would have them believe.Reese Westfield comes from a world of old money, country clubs, cotillions, and expensive cars. She’s tired of dating Warren McCarthy just to make her father happy. Reese has long since had her eye on someone else, and this summer she’s determined to make it happen.Growing up in Lake Loveless there has always been a strict monetary divide–there was the rest of the Lake and then there were the Waterman’s.

Ace Waterman has worked for everything he has, and he doesn’t have a lot. He breaks his back doing grunt work while putting himself through college. He’s used to life passing him by.Reese has loved Ace from afar for as long as she can remember. The summer of her freshman year she comes home with plans to land Ace in her bed at least for a few short weeks, and, if she’s lucky, forever.Ace has loved Reese for as long as he can remember, but their friendship has never graduated beyond platonic, so when Reese comes home from her first year away and proposes the two of them have a summer fling, Ace is quick to comply. The rules: no strings, no expectations, just something hotter than the sun to set the sheets on fire.But when their worlds collide, and neither of them is willing to admit to having true feelings, it becomes clear to Ace he’s nothing more than a dirty little secret–that the summer fling was just something meaningless to pass the time.

Reese wonders if she can ever stop trying to please her father, and it’s only through her mother’s letters that she finds the answers she truly seeks, but will they be the ones she wants to hear?As summer draws to a close, Ace and Reese are still very much enraptured even though the time has come to douse the flame and move on — but neither one of them is prepared to leave this BEAUTIFUL OBLIVION. 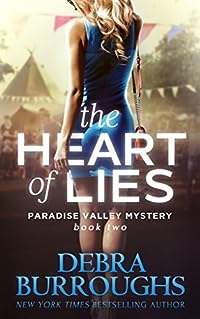 One of private-eye Emily Parker’s best friends is falling head over heels for a handsome and wealthy man she met on an internet dating site. When he shows up in affluent Paradise Valley trying to raise money for an investment project, all hell breaks loose. Sweet Maggie wants a husband so badly she’s willing to overlook things her protective friends are not. She’ll have to learn the hard way that sometimes online dating can be murder. Think “Stephanie Plum” meets “Nancy Drew”. 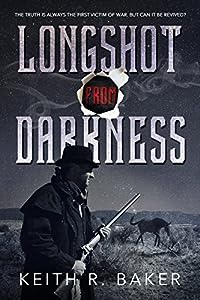 Truth is always the first victim in war. But can it be revived?

The gold is not making it to the governments of the USA and the CSA. Why? Ambitious politicians point fingers with one hand while stealing from the till with the other. There is violence in the streets and folks are unsure and upset. Can a few good men sort this out? And can anyone tell the good guys from the bad guys?

Pinkerton agent Rob Finn and his sidekick Lonnie Walters return to Bannack to get the gold supply again flowing to the Union. Sheriff Henry Plummer is on hand to assist, as is Treasury agent Emry. Gold from an unexpected source enters the picture, changing Finn’s plans. Yet few things are as they seem. Few people are who they pretend to be.

The good ones will always rise, or will they? Picking his way through the possibilities will take time. Time waits for no man, and Rob is no exception. When will he find out the real culprit(s), and will he be in time to keep the gold from falling into the wrong hands? 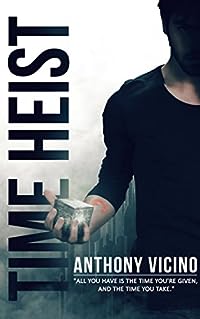 In a world where time is money, what would you pay for revenge?

Former Time Vice Detective Tom Mandel is a dead man. The numbers on his arm don’t lie. In less than twenty-four hours the nanocomp embedded in his brain at birth will deliver a jolt of electricity that’ll carry him into the afterlife on the pixelated wave of a seizure.

Tom figures whatever comes next can’t possibly be worse than what’s come before.

That is until he hears a certain rumor circulating the Lowers. A rumor claiming the man responsible for pulling the greatest time heist in Unity history has escaped police custody.

A rumor claiming the man who murdered Tom’s wife… is free.

Now, with less than a day remaining, Tom will return to the life he’d left for dead to catch the man who stole his everything.

But the path to perdition is never straight, and soon Tom finds himself at the center of a shadow-war being fought for control of Unity itself.

Torn between vengeance and duty, humanity’s very survival hinges on what Tom does next.

Are you ready to join Tom on his quest for redemption as he confronts his demons, quiets the voices that haunt his dreams, and finds justice for his wife? 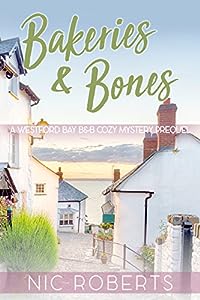 Sticks and Bones and… Baker’s Stones?

To most people, Ally Wescott has an idyllic life. Engaged to a French banker, a quaint apartment in Greater London, an array of amazing friends and a family friend whose bakery she gets to spend her free time in, polishing her passion for making sweet treats. What could possibly go wrong?

She’s about to find out.

A surprise letter, a wavering fiancé and the discovery of bones are about to shake her peaceful world to the core, and this time, a cup of tea and a slice of apple pie won’t fix the major upheaval in her life… or will it?

Bakeries and Bones is a 10,000 word Prequel to the Westford Bay B&B Cozy Mystery Series

Ally and her wonderful group of friends live in the United Kingdom, so please note that this book contains British terminology and British spellings.