I am really starting to wonder what on Earth I have gotten myself into. Little Junebug is a bit of high maintenance. She is like a little kid. She wants attention all the time and wants to stick to her routine. She really seems out of sorts with the baby bassets being home from school and her routine being out of whack. Her nap time has been interrupted, her play time is all wrong, and why does the cat now have the guinea pigs fencing around him. I put that there so Sinny could rest without being ambushed in his sleep. She was just wandering around like a lost pup for the last thirty minutes, and is now chewing on a chewy and growling. Next week thing will be back to normal Junebug, I promise. 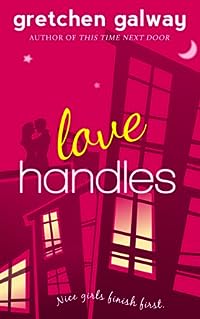 The world of fitness apparel isn’t ready for Beverly Lewis. She hates the gym, is nice to everybody, and shops at Ross Dress for Less. When she’s not teaching preschool, she’s wearing yoga pants… to nap in. So when she inherits her estranged grandfather’s fitnesswear company in San Francisco, nobody expects her to keep it. Fite Fitness needs a heartless suit to save it from bankruptcy, not a thirty-year-old woman who cries when her students leave for kindergarten.

Someone like Liam Johnson. A former Olympic swimmer, Liam is Fite’s executive vice president. Unlike Bev, he’s devoted his life to Fite’s success. Managing one little preschool teacher–and his attraction to her–shouldn’t be an issue. Right?

But Bev’s tired of being underpaid and underrated, and refuses to step aside as an obedient figurehead. To everyone’s shock and horror, she moves up to San Francisco, sets up an office, and dives into the business. Nothing–not mockery, not exercise, not sabotage, not a disastrously hot night with her aggravating VP–is going to scare her away.
As Liam realizes she’s tougher than she looks, he discovers that losing Fite might not be nearly as bad as losing her…

A story about the pursuit of love, happiness, and the perfect yoga pants, Love Handles will speak to anyone who’s ever had to face what scares her most. 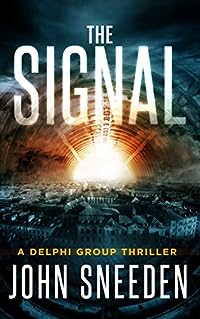 The Signal (A Delphi Group Thriller Book 1)
by John Sneeden

Read the book that started it all, from Amazon #1 bestselling author John Sneeden.

On a snowy night in December, former NASA engineer Ian Higgs is shot in cold blood on the streets of London, his death drawing the attention of governments on both sides of the Atlantic. Compounding the mystery, his daughter, Amanda, receives an ominous letter that her father mailed to her on the day he was murdered. Amanda is sure that clues contained in the letter will lead her to her father’s killer.

The United States government, with its own interest in the matter, turns to the Delphi Group. Senior operative Zane Watson is called out of hiding from a black site in Colorado, and the team uncovers a series of clues that leads them across Europe, from a luxury apartment in Vienna to an ancient cathedral in Geneva. In the process, they uncover a sinister plot to harness the power of modern technology toward supernatural ends. The team must race against time to protect civilization from an evil not heard from since the dawn of recorded history.

With the clock ticking and a blizzard raging outside, the forces of good and evil collide at a world-renowned scientific facility. At stake is nothing short of the future of mankind. 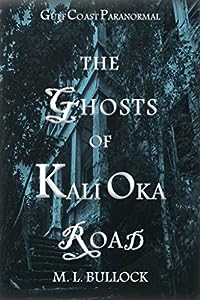 On the Gulf Coast, Things Don’t Just Go Bump in the Night

They Terrorize You and Sometimes You Disappear!

The paranormal investigators at Gulf Coast Paranormal thought they knew what they were doing. Midas, Sierra, Sara, Josh and Peter had over twenty combined years of experience investigating supernatural activity on the Gulf Coast. But when they meet Cassidy, a young artist with a strange gift, they realize there’s more to learn. And time is running out for Cassidy.

When Gulf Coast Paranormal begins investigating the ghosts of Kali Oka Road, they find an entity far scarier than a few ghosts. Add in the deserted Oak Grove Plantation, and you have a recipe for a night of terror. 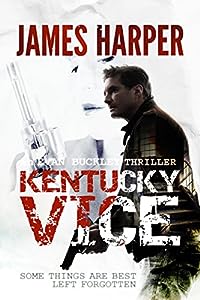 A man who can’t remember. Another who refuses to forget. Somewhere in the middle lies the truth.

It’s five years since his wife disappeared, but wise-cracking, street-smart private-eye Evan Buckley is still reeling. Tormented by demons and consumed by his unrelenting quest for the truth, he loses himself in other people’s problems.

When college buddy Jesse Springer shows up with a wad of explicit photographs that arrived in the mail, Evan is roped into the most bizarre case of blackmail he’s ever encountered — because Jesse swears blind he can’t remember a thing. But can Evan believe him? And if things weren’t bad enough, a psychopathic killer from the past embarks on a crusade of psychological revenge and twisted mind games that threaten to plunge Evan back into his darkest days.

Adrift in a sea of betrayal and lies as the body count climbs, Evan is forced to choose between his gut instinct and the blatant evidence — and the only thing he knows for sure is the wrong choice will be punished with death. 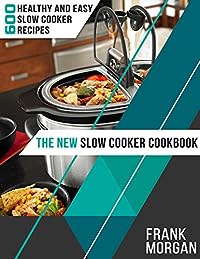 Start cooking instantly! Everything you need to know to Make the Best of your Slow Cooker and to cook any meal is already in this book!

•
600 Easy and Simple Recipes for Any Level

•
Simple ingredients – easy to found in any local store

Inside this book you will find 10 different chapters that cover everything you may wish to cook with your Slow Cooker featuring 600 different tasty and delicious recipes: