Christmas vacation is officially over. The baby bassets go back to school today, and back to the normal routine. Man do I need this. Vacation this year was anything but a vacation. I always go on and on about how much I love the holiday season with the lights, the Hallmark Original movies, and the sweets, but good golly it is tiring. My youngest basset said he hated January because it was so boring. I could use boring right now. I feel like I just completed a three month marathon. Yesterday was a beautifully boring day, and I was able to actually do a little cooking. The rain was coming down pretty hard and I got a hankering for some comfort food. I did a little experimenting with the Instant Pot yesterday. That cute little machine might just be the thing that turns me into a good person who cooks for her family. I posted some of the recipes for you guys to check out. Click here to see what I was up to. 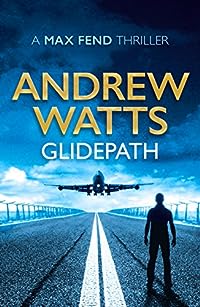 The FBI wants him arrested.

The CIA wants him to disappear.

And the owner of a Russian mercenary group wants him dead.

But what is hiding in the CIA’s top secret personnel file on Max Fend? The one that even his FBI investigator isn’t allowed to see?

A mysterious cyber attack on Fend Aerospace triggers an investigation into Max Fend, the son of aerospace tycoon Charles Fend. Fend Aerospace is only days away from launching the world’s first autonomous commercial airliner, and investigators are struggling to connect the dots.

But when Pavel Morozov, a wealthy ex-KGB agent, shows up from a past Charles had long forgotten, the pieces begin falling into place. Morozov plans to execute a deadly and nefarious plot… and it centers on Max Fend.

Now, Max must team up with an old flame, Canadian hacker Renee LeFrancois. Together, they will attempt to unravel Morozov’s plans, before it is too late… 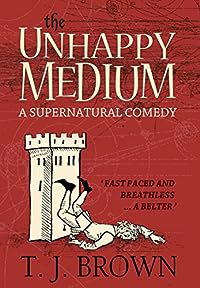 “Wow! Amazing read. What an imagination. The first page grabs you and doesn’t let go. Newton Barlow is an unforgettable character. Highly recommended.”

English TV scientist Newton Barlow has everything he could ask for – a glittering career in the lab and on television, a beautiful wife, and best of all, the opportunity to promote his rock-solid certainty that supernatural and religious beliefs are nothing but complete and utter hokum. But the ever-snarky Dr Barlow is about to take a tumble. Mired in scientific scandal, Barlow is cast out from the scientific establishment and ejected from the family home. Then, after three lost years, Barlow is approached by his old mentor and fellow skeptic Dr Sixsmith with an extraordinary proposition, an offer that Newton simply cannot refuse. There’s just one small problem:

Thrown headlong into a world that frankly shouldn’t exist, Dr Newton Barlow is about to come up against the best and the worst of human nature: tooled-up vicars, paper-pushing ancient Greeks, sinister property developers, a saucy rubber nun and possibly the most mean-spirited man ever to have walked the earth (twice).

From the dusty plains of Spain to the leafy vicarages of Hampshire, Dr Barlow will have to contradict everything he ever believed in if he wants to save this world – and the next.
A rollicking supernatural adventure, packed to the ceiling with British humour, an unforgettable cast of purgatorial misfits and bumbling villains. The Unhappy Medium is a wild ride. 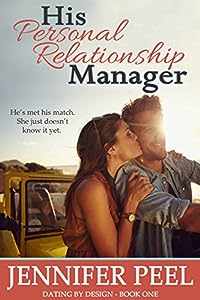 He’s met his match. She just doesn’t know it yet.

After suffering a very public humiliation, Kenadie Marshall realizes that love shouldn’t be left only to personal judgement. Instead of wallowing in her misery, Kenadie creates Binary Search, the perfect balance between a software application and human intuition to help others find true and lasting love, all while personally swearing off relationships for good.

Attractive and loveable Jason Hadley is taken with Kenadie from their first meeting. Determined to prove that love isn’t over for her, he does everything he can think of, even if it means using her firm’s service and dating other women to stay close to her.

Jason quickly gains a rally of supporters, including Kenadie’s over-enthusiastic mother and meddling best friend, but will his ploys help Kenadie find her match, or jeopardize everything she’s created and lead to further humiliations? In an epic battle of wills, this romantic comedy shows that love is patient, love is kind, and love can heal even the most broken of hearts. 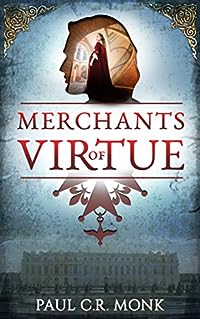 France, 1685. Jeanne is the wife of a once-wealthy merchant, but now she risks losing everything. Louis XIV’s soldiers will stop at nothing to forcibly convert the country’s Huguenots to Catholicism. The men ransack Jeanne’s belongings and threaten her children.

“An extremely well-researched book, rich with history and big on heart. The story made me run a gamut of emotions along with the characters… ”

One by one, Jeanne watches her Protestant neighbors cave under the constant harassment. She and her husband resolve to keep their faith, but Jeanne wonders if the punishment for their defiance is more than she can bear…

If Jeanne can’t find a way to evade the soldiers’ clutches, her family will face a fate worse than poverty and imprisonment. They may never see each other again…

Merchants of Virtue is the first book in the Huguenot Connection, a series of historical fiction novels. If you like fast-paced adventure, rich layers of historical detail, and inspirational stories based on true events, then you’ll love Paul C.R. Monk’s stirring novel. 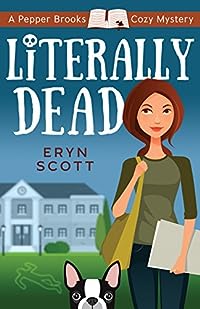 To solve or not to solve?

When a visiting professor is found dead, English major Pepper Brooks is caught in the middle of the investigation. Literally. While the detectives focus on crime scene forensics, Pepper can’t ignore the Shakespearian clues left by the killer.

With the help of a handsome library clerk, a dog named Hamburger, and The Bard himself, this unlikely sleuth might just close the book on this case.

Readers, this is the first in a literary-themed cozy series. If you love classic literature, feel like there’s nothing better than the smell of books, see a library as a place of solace, and don’t mind an adorable puppy named Hammy hanging around, you’re going to love these books. And if Shakespeare’s not your jam, no worries, each book will feature a different classic author. 😉 Happy reading!