Don’t Mess With The Twins

I love when others do my job for me. Yesterday Junebug got into the chicken run and started chasing my sweet ladies. The twins, Trudy and Iggy, weren’t having any of that. Then ran right up to her, puffy and clucking and gave her a what for that made me stand up at attention. Sweet little ladies though. They very easily could have done some real damage to that eight and a half pound little brat, but they obviously held back quite a bit. Junebug quickly realized her error and squirmed her way right back out of the run.  I would have admonished her, but I think Trudy and Iggy said all that needed to be said. 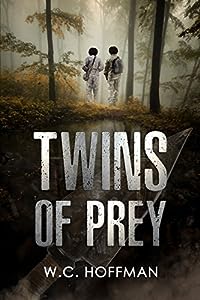 Twins of Prey
by W.C. Hoffman

Does nature vs nurture matter, when death is your only option?

Orphaned twin boys are raised by a woodsman they call “Uncle,” away from the society he bitterly left years ago. Trained in the arts of the woodsman, they became the ultimate hunting, fishing, surviving and killing forces that Uncle had designed them to be.

When changing lives is not an option, the twins must begin to take lives. Enjoy this fast paced, thrilling outdoors adventure novel as the Twins battle against the society that wants to end their woodland way of life. 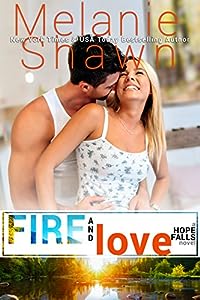 Stand-alone Hope Falls romance, complete with HEA–and plenty of heat and heart along the way!

Mackenzie Sutton was an award-winning documentary filmmaker who had put her past where it belonged, behind her. But when her old flame’s hometown becomes the setting for her new project, she’s forced to remember what she wanted with all her heart but never got to have.

Eli Bishop achieved his goal and became a firefighter. And although the sexy hero risks his life daily, in reality, he has nothing to lose since he lost her all those years ago.

With fate giving them a second chance, both Mackenzie and Eli will be forced to relive the past if there is any hope of them having a future in… Fire and Love. 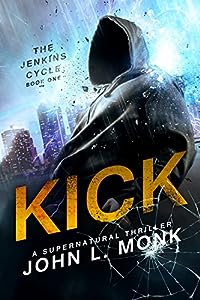 A supernatural thriller with a vigilante twist.

They say suicides are damned for eternity. But if possessing the bodies of violent criminals is Hell, then Dan Jenkins will take it. And he does, every time a portal arrives to whisk him from his ghostly exile.

Dan rides the living like a supernatural jockey, pushing out their consciousness and taking over. He doesn’t know where their minds go while he’s in charge, and for the most part doesn’t care. He’s just happy to live again.

Normally, before the villain returns to kick him out, Dan dishes out a final serving of justice and leaves the world a safer place. It’s one of the rules if he wants more rides, and he’s happy to oblige. For a part-time dead guy, it’s a pretty good gig.

And then he meets her.

Kick is the first book in a series of supernatural thrillers. If you like Quantum Leap and Every Day, you’ll love this gritty and original take on the body-hopping hero story. Vividly written, Kick is a wild ride with a sharp sarcastic wit and a flawed yet likable main character. 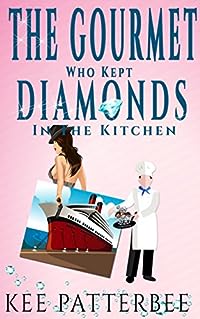 Hannah a former retired FBI agent uses her gift to solve mysteries and crimes that are her passion.

• Hannah arrives at a gourmet convention where she will lecture. She invites her new love as well as her Grandparents to meet him.

• Seeking out a fellow speaker, she arrives at his hotel alarmed to find him lying on the street. Police say he fell from his room balcony.

• Noticing he is in a state of confusion and helplessness, she kneels to speak to him. He opens his eyes and says one word – ‘Dahlia’.

• The police tell her this case is off-limits to her.

• Her gut tells her some black-market thugs came after his mushrooms he calls diamonds.

• A mysterious man is involved and is not who he claims to be?

As for her problems, she must deal with her grandparents, juggle the obstacles of a new romantic relationship, keep her hospitalized friend alive, all while avoiding getting herself killed.

Now she must find the answers to two questions:

• Who is behind the attempt on Elias’ life? And more importantly…

• Why did the gourmet keep his diamonds in the kitchen?

Peeling away the layers of the crime unleashes terrible and unparalleled danger. 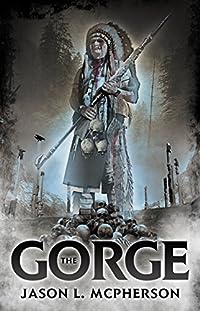 The Gorge
by Jason L McPherson

With men and bloodhounds in pursuit, distraught woodsman Nathan Mires, flees into the rugged wilderness of southern Appalachia seeking the sanctuary of an isolated gorge, deep within the Blue Ridge Mountains. But soon after arriving in the gorge, he discovers his problems have only just begun. Haunted by an unspeakable evil, Mires accepts his fate. He’ll never leave this mountain alive…