Get To Know Me

I am finally going to do it. Today I am going to take the Ancestry DNA test that my hubby gave me for Christmas. A month and a half later the test is still sitting in my desk. I guess I have been a little hesitant to take it because I am worried that I might find out I am not who I thought I was. Sounds strange, but I have spent my whole life thinking I know my heritage, and I am not too anxious to let go of that. When I was in high school I traveled to Canada for a few summers to visit my grandfather. While there I gathered all the information I could on my dads side of the family including pictures, stories, names and dates. It was a really nice personal way to get to know my family. The stories are what gave them life. Spitting in a tube (GROSS!!!) and mailing in to a lab, doesn’t quite have that same feeling of getting to know where you came from. But I have to go to the post office today anyway to return a t-shirt I got on Amazon, and I wouldn’t want to go twice in one year. SUCH LONG LINES!! 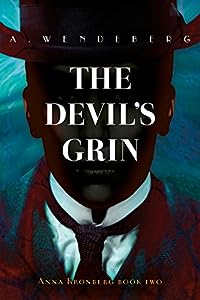 London 1889. A dead man is found floating in the city’s waterworks. Fearing an epidemic, the Metropolitan Police call upon bacteriologist Dr Anton Kronberg to examine the body. All signs point toward cholera having killed the man… but for faint marks around wrists and ankles.

Evidence for a crime is weak, and the police lose interest in the case. But Kronberg suspects that the dead man’s final days had been steeped in cruelty. Soon, a second victim is found, and Kronberg gets embroiled in a web of abduction, abuse, and murder.

But catching a killer and staying alive would be easier if the doctor didn’t have secrets of… her own. 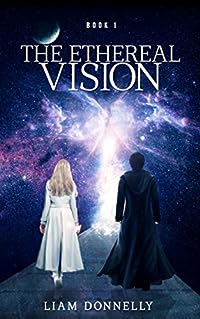 The Ethereal Vision
by Liam Donnelly

Jane has always concealed her paranormal abilities: telepathy, clairvoyance, psychokinesis. It’s the perfect defense in a future where such faculties have begun to appear on a grand scale and are not always accepted. The only significant thing that she connects these powers to is a devastating accident that occurred in her childhood.

Things seem all too quiet when Max returns — a long forgotten specter from her past. He is a member of an ancient race of non-corporeal beings who was once drawn to Jane in her youth because of her psychic gifts. The warning he brings now stirs memories of dangers long forgotten.

Amid this, a man named Lucas begins to pursue Jane once again, as he did many years ago when he revealed his treacherous nature. Max aided her in outwitting him the first time, but Lucas seems more intent now — vigorous even — and Max appears to have only a tenuous grip on the physical world that we inhabit.

This time, he may not be able to help her.

Knowing that Lucas has ties to a secretive and dangerous committee, Jane must now rediscover her incredible psychic powers and defend herself. 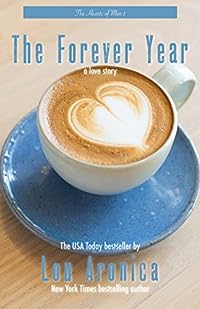 Jesse Sienna doesn’t believe that love can last. His parents’ marriage was caring but passionless, and his own romantic history tells him that love can burn bright, but that it cannot burn for long. So when his elderly father, Mickey, moves in with him and seems unable to understand Jesse’s no-strings-attached relationship with Marina, his current girlfriend, Jesse barely pays attention. It’s just another example of how different they are – and more evidence that he and his father will never connect on any meaningful level.

But the truth is, Mickey Sienna knows more about love than most people learn in a lifetime. More than half a century ago, he discovered the endless rewards of investing your heart and soul in someone… and he knows the devastating costs of letting the perfect someone slip by.

When Mickey sees Jesse taking an extraordinary woman for granted, he decides it’s time to tell Jesse his story – a story he’s never shared with any of his children before. It is a story that will change both of them profoundly.

At once a stirring family drama and a touching romance, THE FOREVER YEAR is filled with richly drawn characters and powerful situations. You will respond personally to the people you meet in this novel, and you will find yourself deeply enmeshed in their stories. And you might find yourself looking at love in a new way. 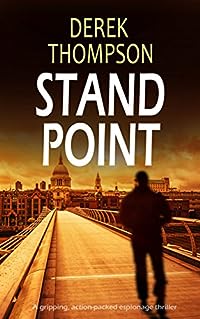 Do you love gripping espionage thrillers full of great twists and plenty of action?

The woman he’s always loved is threatened…
Thomas Bladen works in surveillance for a shadowy unit of the British government. During a routine operation, he sees a shooting which will expose a world of corruption and lies.

When his on-again, off-again girlfriend Miranda is drawn into the conspiracy, Thomas must decide who he can trust to help him save her life.

In a thrilling conclusion, Bladen’s life will be on the line and everything he thought he knew will be turned upside down. 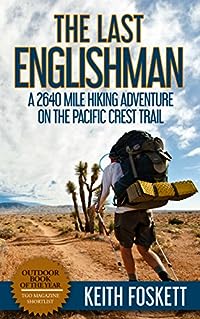 Between desert and sky, snow and sun, where few have ventured before, one hiker takes on the six-month challenge of a lifetime.

Short-listed for Outdoor Book of the Year by The Great Outdoors Magazine.

There are few who can walk a thousand miles in Keith Foskett’s shoes. One can easily forgive such unwillingness considering the places his legs have carried him.

Across arid, desolate expanses of scorching heat, the magnificence of the Sierra Nevada, and the dense forests of Oregon and Washington, those who dare tackle the Pacific Crest Trail find there’s no room for complacency when facing the extremes of the elements.

However, within the heart of a hiker lives the soul of a writer. One who can easily translate the awe-inspiring and often humbling moments of life on the trail into a powerful, honest, and light-hearted tale of desperation, perseverance, and spirit.

Discover the wonder of the Pacific Crest Trail that so many aspire to but so few prevail as you journey across all 2,640 miles from Mexico to Canada. Witness the fear as he battles a phobia of bears, snakes, spiders, and camping in the woods after dark.

With the harshest winter for years looming, be by his side as he enters into a desperate race against time, facing a dangerous, physical and very real threat to become the last Englishman to complete the greatest long distance hiking trail on Earth.