Pterodactyls can’t destroy rocks. Even six pterodactyls can’t destroy a rock. They can give it a had time, maybe even a bit of a headache, but they can’t destroy a rock. Six chickens can however destroy a garden. That is the answer to my question of why I have to replant every year. As far as commitments go, It’s not you, it’s not me, IT IS THEM!! My sweet ladies are the reason I have to redesign the backyard every year. Those little demolition experts are keeping me busy. I just watched Iggy break free from the chicken run and those huge talons got to work on my lawn. She was distracted a few times by Junebug, but she was still able to rip up a lot of the soft lawn. The grass is pretty vulnerable right now with the cold wet mornings. So before I can plant one single seed or plant, I gotta figure out how to keep the Houdini of chickens on her side of the yard. 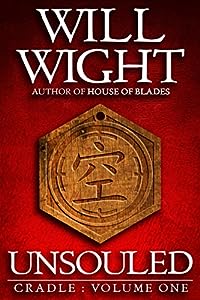 Unsouled (Cradle Book 1)
by Will Wight

Sacred artists follow a thousand Paths to power, using their souls to control the forces of the natural world.

Lindon is Unsouled, forbidden to learn the sacred arts of his clan.

When faced with a looming fate he cannot ignore, he must rise beyond anything he’s ever known… and forge his own Path. 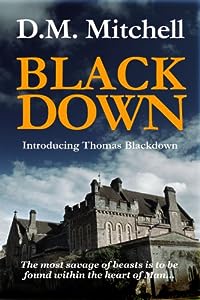 BLACKDOWN (a thriller and murder mystery)
by D. M. Mitchell

‘THE MOST SAVAGE OF BEASTS IS TO BE FOUND WITHIN THE HEART OF MAN.’

It is 1817, Regency England. Thomas Blackdown, a thieftaker and ex-soldier, receives word that his brother and father are in deep trouble and need his help. But Blackdown is a man that harbours bitter memories; a man banished from his homeland because of a terrible accident, and so is reluctant to return to his ancestral home in Somerset.

However, once there he discovers that his brother has been savagely murdered – torn to shreds, some say by a mythical creature the locals call the Blackdown Beast. Thomas Blackdown does not believe in any creature of fantasy, and is determined to bring to justice his brother’s murderer, encouraged by his brother’s fiancé, Julianne Tresham, and aided by the faithful servant Addison.

But Blackdown is quickly drawn deep into a complicated web of deceit, power, greed and murder involving Lord Tresham – Julianne’s father – and the cold Sir Peter Lansdowne. What is the mysterious Lupercal Club? Why do ex-soldiers go missing from Commodore Pettigrew’s travelling theatre? What strange thing is happening in Devilbowl Wood where Blackdown’s brother was found mutilated? And does a savage, hellish creature really prowl the night?

Soon, Blackdown must fight for his own life and face up to his demons both imaginary and real. He will need all his wits and skills to survive if he is ever to discover the shocking truth behind the evil that has penetrated as far as the government itself.

Set in Regency England following the end of the Napoleonic wars, ‘Blackdown’ is D. M. Mitchell at his creative best, crafting a believable world of strange, larger-than-life characters, with his trademark intricate plotting and surprise ending, it is a novel that is a rollicking good thriller, horror and adventure story rolled into one.

And in Thomas Blackdown, Mitchell has given us a hero like no other before – a D’Arcy with bite, a Bond in breeches… 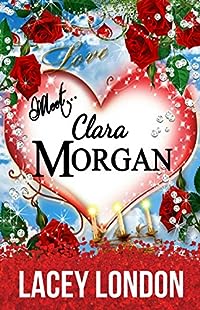 Wedding bells are ringing for Clara and Oliver in Meet Clara Morgan – the much anticipated, third installment in the Clara Andrews Series.

When Clara, Lianna and Gina all find themselves engaged at the same time, it soon becomes clear that things are going to get a little crazy.

With Lianna and Gina busy planning their own impending nuptials, it’s not long before Oliver enlists the help of Janie, his feisty Texan mother, to help Clara plan the wedding of her dreams.

However, it’s not long before Clara realizes that Janie’s vision of the perfect wedding day is more than a little different to her own.

Will Clara be able to cope with her shameless mother-in-law Janie?

What will happen when a groom gets cold feet?

And how will Clara handle a blast from the past who makes a reappearance in the most unexpected way possible?

With each one looking for the perfect fairytale ending, who will get their happily ever after… 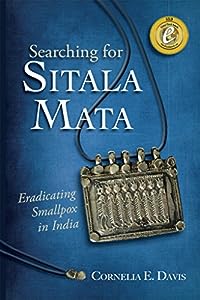 This is an inspiring story of a pioneering African American woman doctor fresh out of residency training. In 1975 Cornelia Davis MD sought a way to give back for her life’s opportunities. Her bold choice would benefit millions of lives.

The World Health Organization hired Davis to work in its landmark smallpox eradication program. Connie traveled to India, where she scoured the countryside for the last remnants of the brutal, deadly disease. Connie didn’t allow entrenched sexism, or caste taboos to deter her from her fascinating mission. She tracked smallpox through the Thar Desert on camelback and across volatile Indo-Bangladeshi borders. She negotiated with smugglers and fakirs. She met Mother Theresa. She climbed to the base camp of Mount Everest. Finally, her symbolic search for Sitala Mata, the Hindu smallpox goddess, came to a positive conclusion. An international certification team declared smallpox eradicated in India.

To this day, smallpox is the only disease that’s been completely wiped out. Davis played a role in stopping a pestilence that’s dogged humanity for thousands of years. Searching for Sitala Mata is the story of how one brave woman’s simple desire to pay it forward had historic and positive ramifications worldwide. 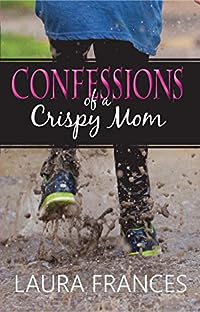 Confessions of a Crispy Mom
by Laura Frances

A frazzled working mom of three, Delia Gray, struggles to keep her career, family, and sanity intact. During one particularly bad day, she lashes out at everyone around her, including her father who has stopped by to visit. When she goes to apologize to him, he gives her a stack of letters from her mother who died when Delia was ten — something her mother asked him to hold onto until he felt Delia needed it most in motherhood. Delia’s conflicted feelings towards her mother and the cancer that stole her life leaves her uneasy about whether or not to read them. But, when she does, she discovers a woman she never knew — who struggles with the same things in motherhood that Delia does. Funny and poignant, Confessions of a Crispy Mom is a deeply encouraging novel that will have you asking yourself: How do I make my years as a mom count the most?