I think I am about to get put on my baby basset’s teachers bad list. For some reason this year some of the teachers have opted not to have Valentines Day Parties. They told the students they can bring in Valentines cards to pass out, but no party. Some of the kids are pretty sad about it and are wondering why they should even bother with bringing in the cards if there is no party. So I have decided to rebel against the teachers and bake cupcakes. As an adult my rebellion is less rock and roll, and more about the sprinkles. If I wanted to be really mean I would figure out a way to add glitter to the mix. That stuff sticks around FOREVER!!! 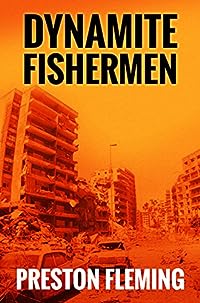 Beirut, 1982. Conrad Prosser is a skilled Arabist, expert agent handler, prolific intelligence reporter, and a connoisseur of Beirut’s underground nightlife. But, as his two-year tour at the U.S. Embassy nears its end, Prosser’s intelligence career is in jeopardy because he has not recruited an agent while in Lebanon, a sine qua non requirement for promotion.

Surveying his many contacts, Prosser selects an attractive Lebanese doctoral student and her idealistic brother as candidates for development. At the same time, he holds clandestine meetings by day and night with his string of Lebanese and Palestinian agents, pressing them to discover who is behind the latest wave of car bombings that has terrorized Muslim West Beirut. But when one of his agents supplies information used to capture a Syrian-backed bombing team, Prosser sets off a cycle of retaliation that threatens more than his career and cherished way of life.

At first denying, then later concealing, apparent attempts on his life, Prosser sets out to save both his job and his skin, exploiting his agents, his best friend, a former lover, his new girlfriend and her enigmatic brother. In doing so, he puts their lives at risk and discovers too late the effect of his heedless actions.

DYNAMITE FISHERMEN offers complex characters, fast-paced action, a vivid portrayal of human intelligence operations and the flavor of Beirut during its dark days. 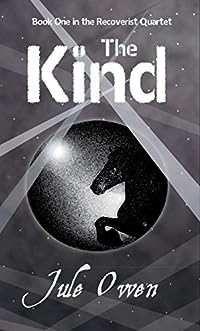 The Kind (The Recoverist Quartet Book 1)
by Jule Owen

Who is the Lamplighter?

A mystery to herself.

Champion of the Non Grata.

It is 2472. The British Isles have been transformed by climate change into a desert archipelago. The wealthy and privileged have retreated to high-tech walled cities. Those beyond the walls are known as the Non-Grata. They live a precarious, hand-to-mouth existence, surviving on the “charity” of the cities. In return, these non-people must pay a Quota, a tax paid in human life. Specifically, they give the rich something their money cannot buy: children.

Isobel Twelvetrees has been put outside the walls of her city and left to die in the lethal heat for a crime she cannot remember committing. She was saved by someone or something, but when she wakes, the only companion she has is a dog with odd coloured eyes. When she learns the terrible truth about the plight of the Non Grata, she turns into a new kind of warrior. As she crosses continents with the threadbare armies of the Non Grata, in a deadly race against time to destroy the Quota and right historic wrongs, she starts to uncover the truth about herself and what she left behind. 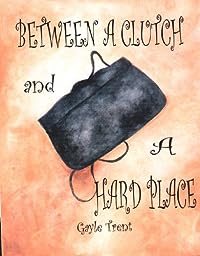 When Myrtle Crumb buys a purse at a consignment shop, she’s surprised to find a note inside. The note says, “If anything happens to me, look to Jim. He did it.” It’s signed Flora Adams. It isn’t long before Myrtle meets Jim Adams and learns he’s a widower. Did the man she’s dating murder his wife? Myrtle had better find out in a hurry!

One Night to Fall (Kinney Brothers Book 1)
by Kelsey Kingsley

Do we choose love? Or is it something decided by fate?

To Kinsey McKenna, Patrick Kinney was a persistent glob of sticky peanut butter. He had been stuck to the roof of her mouth, since they were both three years old, when fate seemed to send his family next door to hers. All the way from the coast of Ireland to River Canyon, Connecticut.

Over twenty-nine years, fate has been both kind and cruel and many choices have been made. Can things go back to when they were more innocent and magical? Patrick has a plan and just one night to try and take back the reins of his destiny and put the wrong things right with a trip down memory lane. 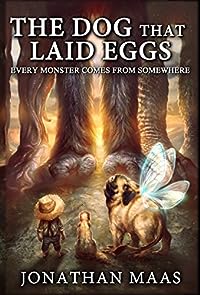 The Dog That Laid Eggs: Every Monster Comes From Somewhere
by Jonathan Maas, Patty Smith

Something Strange is Happening in Bufkin County
Hitch saw his dog Salem’s golden frame collapsed and quivering on the ground, and he knew something was wrong. She’d been fine the day before, swimming in the creek just as careless as a dog swimming in a creek should be, but Salem was now moaning, fussing and generally acting as if a cat had just been elected governor.
Hitch knelt down in front of his dog and felt her fur, which was a little mangy. He also noticed how swollen Salem’s belly was. The ol’ girl’s giving birth! He thought. And her unborn offspring’s roughly the size and shape of a gigantic egg!

What Will Happen When it Hatches?
If you think this is the end of the tale, then you don’t know Bufkin County. Come along with young Hitch, Constable Buford Bumford and Jethro as they discover that their dog Salem is going to launch something that will turn their lives upside down, and change the world in ways that no one could ever imagine.