If I ever doubted that my hubby loves his little pup Junebug, all that has left the building. He just bought her three new outfits. THREE!!! He gets so cranky when I buy myself a stupid novelty tee at Target for $12, but he just bought her two pretty darn stylish looking coats and a onesie. 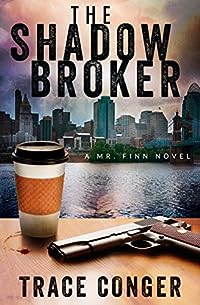 — WINNER of the the 2015 Shamus Award for Best Indie P.I. Novel —
When finding criminals is your business, it’s easy to make a killing.

Finn Harding (Mr. Finn to his clients) specializes in finding people who don’t want to be found. Stripped of his PI license, Finn begins working for the type of clientele who operate in the shadows, pay in cash, and don’t care if he’s licensed or not. As Finn becomes ensnared in a plot to take over a black market information brokerage, he finds himself and his family straddling the thin line between life and death. With his own clients gunning for him, Finn must evade a psychopathic killer, special agents from the FBI’s cybercrime unit, and a Detroit mob boss. He’s about to find out that working with criminals has its advantages. Staying alive isn’t one of them.

In The Shadow Broker, Trace Conger delivers a sharp-edged and gritty tale of crime, murder, and family. It’s a fast-paced crime thriller that holds nothing back. 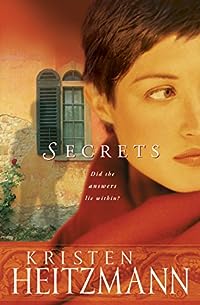 Lance Michelli is on a quest to discover the secrets his grandmother cannot tell. What happened all those years ago, and what is it she so desperately needs him to find? The old villa in Sonoma holds the answers, but it is now owned by a young woman who neither knows nor cares about his mission. But Rese Barret is a force to contend with, and her own impending storm could sweep him up as their sparring creates a fierce and uncomfortable attraction. From bestselling author Kristen Heitzmann. 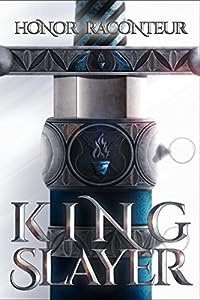 He had known this day would come. No man could escape the entire might of the Sovran forever. He just found it humorous that it was an enemy of the Sovran that had caught him instead.

Bound, kneeling before a queen whom he had hounded for a straight year, he should have been anxious. Or at least a little worried. Instead, a strange sense of relief filled him. It was over. His mad escape from Brindisi’s justice was over.

“That is a very calm expression on your face, General Darius Bresalier,” she observed. Her tone was idle, but her eyes were as sharp as a hawk’s. “Are you not worried?”

“I knew what the punishment would be, Your Most High Majesty,” he answered respectfully. “I have had a year to resign myself to my fate. I cannot complain.”

She gave a low, musical hum of approval. “Well said. I have heard many reports on what you did but never once did I believe I could have the full tale.” She leaned forward, causing the silk pillows behind her to slide in every direction. “Kingslayer, tell me. Why did you kill your king?” 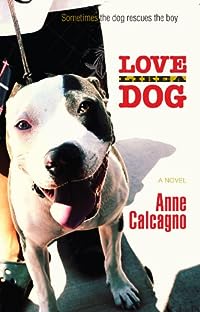 This page-turning family drama, set in contemporary Chicago, centers on Dirk, a motherless young man desperate for his self-centered father’s approval. A rescued pit bull alters their lives irrevocably, embroiling them in the terrible misuses to which the breed is prey. As Dirk’s father grows increasingly entangled in criminal activity, Dirk must confront a series of legal and moral crises, and determine for himself what it truly means to be a man.
“Calcagno’s troubling, evocative, socially-conscious, powerful little novel, Love Like a Dog, shocks to remind that sometimes from the small dark corners of humanity rise some of the most luminous of bestial graces” – H. G. Carrillo, author of Losing My Espanish. 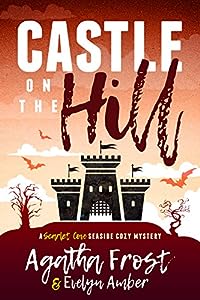 On the night before Halloween, the people of Scarlet Cove annually gather at the castle on the hill in hopes of spotting the headless spirits that are rumoured to stalk the grounds. What starts off as a silly legend for ex-detective, Liz Jones, soon becomes all too real when she discovers a severed head. Her hopes of settling into her new home on the coast are once again hampered when she is dragged into another murder investigation.

Liz finds herself pulling together the clues as she interviews the townsfolk, but what connects a local ditzy hairdresser, a restaurant owner, and a ruthless cabaret singer, and could one of them have delivered the fatal blow to the victim’s neck? Can Liz use her police training to wade through the lies and discover the truth before it’s too late, or will she be distracted when a face from Simon’s past slingshots into Scarlet Cove, threatening to end their blossoming relationship before it has even begun? 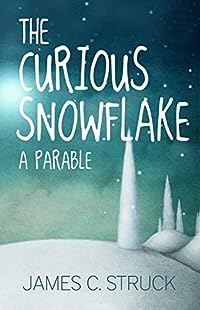 The Curious Snowflake: A Parable
by James C. Struck

What happens to a snowflake when it falls?

To a snowflake, falling may be the scariest thing in the world, but the Curious Snowflake longs to know the truth. She travels throughout the Great Cloud, asking every snowflake she can what happens when they fall, and finds that, while everyone has ideas about it, none of them truly know. Then the Curious Snowflakes falls herself and discovers the truth is more wonderful than anyone imagined. A story of ideas, beliefs, and faith, The Curious Snowflake: A Parable is for anyone, young or old, who asks the big questions about life.

“What do you think?”