Take The Car Keys Away

Did you know that it was National Pet Adoption Weekend from the 16 to the 18th? It might just be for that one pet store chain, but do feel the need to celebrate it. I am going to stay away from that dangerous combination of having lunch with my BFF and our families, having one beer, then walking across the parking lot to “Just Look” at the puppies. Tried that once and spent the next five months cleaning puppy pee off the floor. I bet there will be so many puppies. Maybe hubby should take the car keys away from my now. 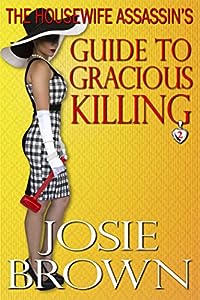 IN BOOK 2 OF THE HOUSEWIFE ASSASSIN SERIES:

* DONNA’S MISSION: Stop a rogue operative before he assassinates of the newly-elected Russian president — on US soil!

* DONNA WANTS A DIVORCE: But first she’s got to serve a summons to a deadbeat dad… who’s also a terrorist!

*AS FOR DONNA’S LOVE LIFE: Turns out the spy who loves her has a bombshell secret of his own… 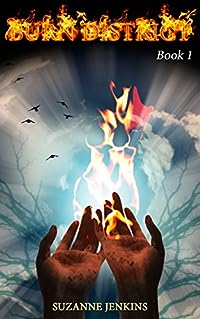 What do you do when the world as you know it ends? Run! A perfect life slides into despair when a trusting neighbor whispers a warning, and Mike and Laura Davis’s world crumbles. Dreams and goals come to an abrupt end, but a new existence waits in the future. Survival depends on the ingenuity of family and friends. First, they must hide in a safe place.
Burn District 2 available now. 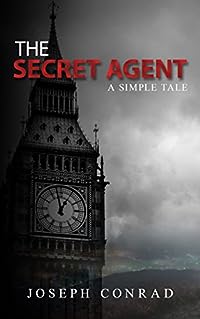 The Secret Agent: A Simple Tale
by Joseph Conrad

To his friends and family Adolf Verloc is a typical London businessman. But in reality he is a secret agent for a foreign government. His assignment has been to stir up trouble among the local anarchist groups, but when his handlers become frustrated with his lack of progress, they demand a new course of action: Verloc will bomb the Royal Observatory in Greenwich.

A masterpiece of intricate plotting and dark realism, The Secret Agent skips backward and forward in time as the repercussions of its central event are felt by every character — from the radicals who think Verloc is one of their own to the wife and brother-in-law he traps in his whirlwind of destruction. This is one of Joseph Conrad’s finest novels, and a portrait of the devastating effects of extremism, as relevant today as when it was first published more than a century ago. 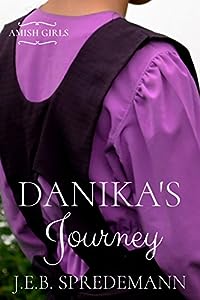 Danika Morales is devastated when tragedy strikes close to home. She is forced to move from her friends and beautiful home in sunny California to Amish country in rural Pennsylvania to live with her estranged uncle. This surfer girl believes she’ll never be able to adjust to a land-locked Plain lifestyle until she meets her new best friend. Still, being an outsider and of a different ethnicity, Danika faces many challenges on her journey to adulthood. 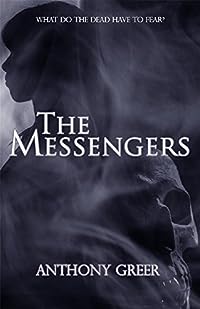 The Messengers
by Anthony Greer

What do the dead have to fear? A medium combines his ethereal gifts with an ambitious reporter’s investigative zeal to uncover the truth obscured by a string of unlikely suicides.

Robert Baselton has grown accustomed to seeing the dead as they wander between worlds. However, when the spirits of a girl and an old woman become a regular presence in his everyday life, Robert has a suspicion that there’s a link between them and the utterances of murder that the Messenger of Death whispers in his ear. Every time the Messenger appears, another presence is soon to follow.

As Robert delves deeper into the lives of the deceased, Alexis Kearns, his girlfriend’s older sister, witnesses James Hawthorne plummet to his death in the middle of downtown Seattle. Armed with nothing but a smartphone and her knack for acting well under pressure, she is the first to cover this widely-publicized story.

Impressed with Alexis’ coverage and integrity, Hawthorne’s mother reveals to Alexis that her son could communicate with the dead and insists that he is just one of several mediums to have allegedly committed suicide in the past month. Alexis is intrigued with the pattern of unlikely deaths and follows up on Mrs. Hawthorne’s concern when she finds a connection between the medium suicides and Robert’s increasingly erratic behavior. Concerned for her sister, Alexis unknowingly aids Robert in trying to uncover what really happened to the mediums that have died, and discovers that both the dead and the living should be afraid of who — or what — is responsible. 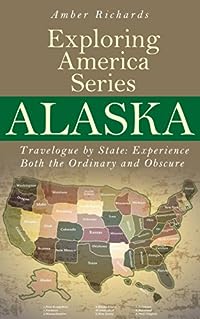 When locals want the lowdown on what’s going on in their own state… They turn to Amber Richards’ Exploring America series! That’s why travelers are catching on to this invaluable series as well.

More than just travel guides, these state-by-state editions, dial-in to the locales, the events, the goods, the foods, sights, sounds, and characters you MUST experience if you want the right to say, “I’ve been there!”

It is not a typical travel guide, in the sense that the focus is not about where to eat and where to stay, but rather on where to go and what to experience to get an authentic sense of Alaska.

In this edition, Amber collaborates with a local Alaskan to pop the cork on America’s true wild frontier. From well-known attractions and the history behind them, to the obscure less traveled experiences, Ms. Richards delivers the real Alaska to your fingertips! Spoiler alert: pack bear repellent, dancing shoes, waterproof matches, a sturdy steak knife, and your favorite beer mug. See you on the wild side! Download your copy now.