Will The Heart Survive

NY Times and USA Today Bestselling author J.M. Madden writes compelling romances between ‘combat modified’ military men and the women who love them. Ms. Madden’s novels not only have an amazing and lovable cast of characters, but contain stories that are moving and stay with you long after the last page is read. Enjoy! 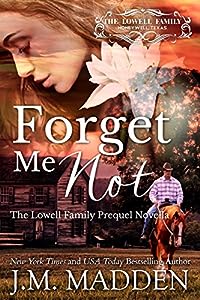 Forget Me Not (The Lowells of Honeywell, Texas)
by J.M. Madden

You first fell in love with Chad and Lora in Embattled Home, book 3 of the Lost and Found Series.

Chad Lowell and Lora O’Neil are in love, engaged to be married and happy… aren’t they?
They’re in love, engaged and wildly over scheduled and over extended. There never seems to be enough time in the day for Lora to go to school, learn what she needs to run the corporation her daughter inherited, and take care of the two most important people in her world — her fiancé and her daughter. There are days when she’s not sure she’s eaten or not, much less what important things might have fallen through the cracks.
Chad’s madly in love with Lora and being as patient as he can while she navigates a new world of independence, financial security and being loved by a man she can trust. Seven-year-old Mercy is his daughter in every way that matters to him but he’s eager to make their family connection permanent and secure.
Into the chaos of their too busy lives comes a family emergency back in Texas. When Chad’s father is injured on the range, Chad, Lora and Mercy head for the Blue Star Ranch to pitch in with the spring round up. With the Lowell family gathering to care for each other and help on the ranch, Lora finds the direction she’s been missing. Her vicious ex stole years of her life. Now she has to catch up with the world, and refocus on those she cares for.
Chad and Lora fell in love on the Texas range. Maybe coming back is just what they need to find their way back together… and forward. 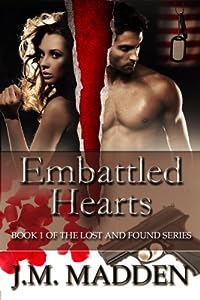 A portion of the proceeds from this book will be donated to Veteran’s charities.

John Palmer hasn’t felt like a real man since he was injured during combat in Iraq. Though not content with his new life, he is mostly adapting, just like the other vets at the Lost ‘N’ Found Investigative Service. When Shannon Murphy is hired on as the new office manager, life suddenly gets a lot more interesting. Before long, John finds himself wondering if he could ever be the kind of man Shannon needs.

Shannon Murphy wasn’t really looking for love when she hired on at LNF, but finds herself hopelessly attracted to the sex-on-wheels former Marine, John Palmer. The man is grumpy and nearly impossible to work with, but his brand of masculinity appeals to her on a basic level. Soon Shannon is wondering just what it would take for John to want her the way she wants him.

When an old enemy tries to settle a vendetta against Shannon, John insists on protecting her. He moves into her house, fanning the spark of attraction into a blaze. But the danger continues to escalate. Will the connection that they’ve found survive when they’re thrust into a fight for their lives? 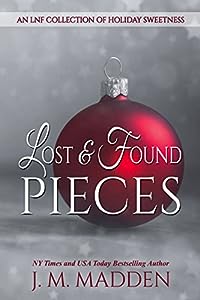 In this set, we’ll check in with some of your favorite characters from the Lost and Found series, as well as a few new ones! This is a 30k word LNF short set! Two scenes were previously published in Mistletoe Mischief.
John Palmer takes over watching the twins for a night, and has some unexpected holiday company.
Zeke is reminded what it means to be a father at Christmas time.
Gabe reaffirms his chaotic relationship.
And Sam Willet will get his purple Christmas miracle… psst! Her name is Sparrow! 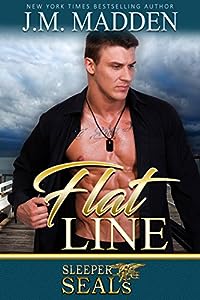 Former Navy SEAL Parker Quinn is restless and depressed since he was forced to leave the Teams after his devastating injury. He understands he’s now a liability to the group, but the need to serve still pounds through his blood. He’s found acceptance at the Lost and Found Investigative Service, which he appreciates, but he yearns for some excitement.

When his former commander calls with a supposedly simple covert surveillance case, he’s all over it. Until he discovers the surveil-ee is none other than lawyer Andromeda Pierce, a woman who destroyed his heart more than any sniper bullet ever could.

Andromeda is prosecuting a very dangerous man, with even more dangerous terrorist connections. When those connections decide to take her out because she’s getting too close, Parker rides to the rescue, taking a bullet in the process.

Now they’re on the run, trying to find a missing witness and fighting their attraction the entire way.

Will she give him a second chance to be the man she wanted, or will she leave his heart flat-line?