I had this great vision in my head of this cute little thing I was going to make out of an extra piece of hog-panel and tree branches from my neighbors yard. It was going to be this really cool thing my chickens could climb around on. It was going to be awesome since it was made entirely out of materials that were just laying around the yard. How could an idea go so horribly wrong? It was the worst thing I had ever made and it looked like a blind rabbit with thumbs sewn on to it’s feet made it. My sweet ladies wouldn’t even go near it. They clucked at it a bit to see if it was a threat or food, but then walked by it without a second glance. I spent three hours trying to make it and about two seconds deciding I could never in my life let anyone see such a horrible creation. Thankfully once I take it all apart it will fit in the trashcan. It was kind of a pleasant way to spend a warm Sunday afternoon though. 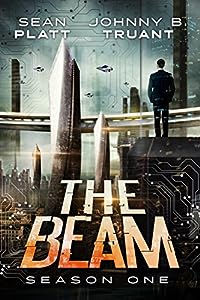 The Beam: Season One
by Johnny B. Truant, Sean Platt

When all of humanity is connected, the network’s hub is the true seat of power.

In the year 2097, the only stable nation is the NAU: a dystopia exploding with new technologies and ruled by two political parties. The choices are Enterprise (sink-or-swim ; effort and luck determine whether members prosper or starve) or Directorate, where members are guaranteed safety but can never rise above their station.

Above it all is The Beam: an AI-built computer network that serves every whim and connects citizens through implants and biological add-ons. The Beam anticipates every need and has created a world within the world. It permeates everything. It is everywhere.

But now the NAU’s power is shifting. New powers are making their moves while others hang in the balance.

Doc, a black-market add-on dealer, discovers disturbing new enhancements available to his wealthiest clients. Nicolai, speechwriter for the head of Directorate, seeks independence he’s not allowed… and is just now learning of his own role in the Beam’s genesis. Kai, an escort-assassin as lethal as she is seductive, becomes embroiled in the machinations of her elite clients… and as the deception grows, realizes she may never see morning.

Behind it all, a shadowy group is pulling strings, guiding the upcoming election exactly where it needs to go. The Beam is coming alive; immersion is as real as reality and the population hangs unknowing in the balance. But if the NAU’s true power goes unchecked, the actions of a shadowy few will shape the fate of millions for years to come… 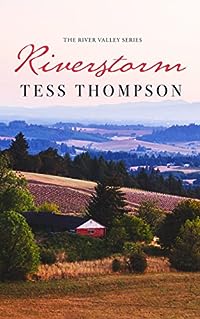 Los Angeles attorneys Grant Perry and Liz Teeny were once in love, until youth and circumstance tore them apart. Ten years later, they’re reunited while working on an important trial. He’s successful and handsome, but childhood demons haunt him. Liz, lonely and driven, has devoted her life to work.
When unexpected personal events bring them to River Valley, they learn of family secrets that could change their lives forever. How will what they learn impact their lives? Will these secrets bring healing or more heartbreak? Is it too late for a second chance?
The fifth installment in Tess Thompson’s beloved River Valley Series explores themes of family, home, and the way childhood trauma can follow you into adulthood. Old friends from previous books, an epic love story, and a dash of mystery will keep you smiling as you turn the pages of this feel-good, small-town romance. 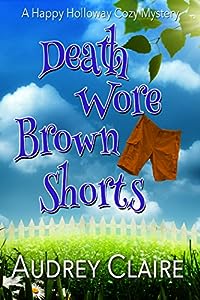 All the ladies loved when Paul drove his delivery truck through their neighborhood. They enjoyed the view when he wore those brown shorts every spring and summer. But someone is less appreciative of Paul’s muscular legs.

Annie Holloway, mystery writer and lover of a good challenge, finds Paul strangled to death in his truck. She is determined to finger the murderer.

Annie enjoys the excitement of what she does for a living, especially when it comes to research. Nothing is better than the hands-on approach. The task is that much harder because of Annie’s dark family history.

Then there’s the fact that she’s self-diagnosed as having borderline obsessive-compulsive disorder. Not that anything can stop Happy Holloway! 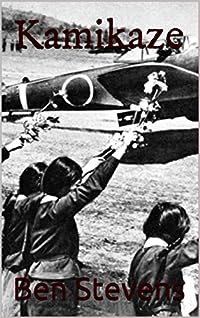 The classic story of a kamikaze pilot forced into the seat of a Mitsubishi Zero and told to crash his plane.

‘This was a wonderful story. Is this based on true facts? I had always imagined these pilots as being crazy zealots. To think that some were forced into doing this changes my way of thinking. What horrors. I’ll admit that I was so into this story, that I was on the pilots’ side! Ben Stevens, you’ve done it again. You are an awesome story teller. Unfortunately, now I have some research to do, into this whole Kamikaze thing! Yep, I’d recommend this story and author… ‘ Lisa / AMAZON

‘A haunting account or what must go on in the thoughts of a kamikaze pilot before the attack. It’s hard for western civilization to realize how an individual could be led into a situation that causes his own self destruction… A riveting tale… ‘ Tangy Moose 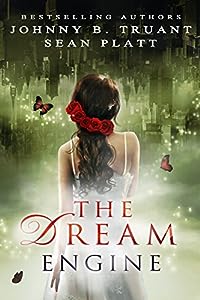 The Dream Engine
by Realm and Sands, Johnny B. Truant, Sean Platt

What is real, Eila?

When Eila Doyle first hears the strange boy calling from somewhere deep in her sleep, she begins to question her sanity. In the gleaming steampunk world of Waldron’s Gate, citizens aren’t meant to dream — and those who eschew their daily Crumble and dare to do so anyway face madness… and imprisonment in Joffrey Columns, the asylum of towers.

And yet, “Dreaming” of a very specific sort is what Eila does every day at the Ministry of Manifestation with her mind hooked to the great engine, called the Blunderbuss. She’s accustomed to using her thoughts to Build all that the city needs… but never before have her thoughts been so dark, so laced with demons and shadows. Now those nighttime visions hint at dark conspiracy, a millennium of lies, and a fathomless secret hiding beneath the quiet streets.

As Eila follows the boy down the rabbit hole, she discovers secrets that were meant to remain hidden. She discovers an unknown caste of underlings, an unknown place underneath the city. And she learns of her terrible destiny as her own dreams and reality blur, as “what is real?” becomes something uncertain.

This thrilling young adult dystopian adventure is the first in the Dream Engine series by masters of story Platt & Truant, authors of The Beam, Unicorn Western, and many more. The Dream Engine will have you asking yourself “What is real?” along with Eila’s strong female lead — but watch what you ask for, because the answer may unsettle and disturb you for weeks to come.