Is it just me, or does everyone turn into Golem from the Lord of the Rings trilogy when they are exercising? Last night at exercise class we had to do a rather long and very painful workout of seven different tortures for twenty minutes. I started hearing the strange dialog in my head after the first ten push-ups. The voice in my head was a bit nasty and told me this was punishment for eating chocolate chips for lunch. Whoa! How did it know? During the second round of pull-ups, that had me hanging from a bar thrashing my legs around like I was pedaling an invisible bicycle, the voice told me I was doing a good job and could miss tomorrow’s workout. I was delighted, but it wasn’t even a full minute later the voice said I slow as an ox and should probably do double workouts instead. All the while I am also counting the reps. I was pretty impressed that I could count while holding a conversation in my head with a mean voice. I am wondering now what my facial expressions were during the whole workout. 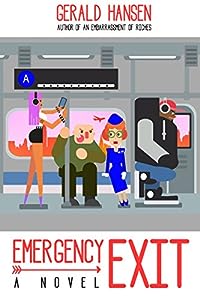 PLEASE NOTE: Although this book is part of the IRISH LOTTERY SERIES, there is no cliffhanger. Each book is a complete story, and can be enjoyed without having read the previous book. This book is set in New York, so perhaps it could even be considered a spin-off.

Destination: nowhere. Just what are the career alternatives for a disenchanted flight attendant? And after a decade of wrong choices and loser boyfriends, can she finally grow up and nab Mr. Right? Gretchen Barnett, slogging daily through the unfriendly skies on Nickel and Dime, America’s most loathed budget airline, tries to upgrade her life as her twenties draw to an end.
In desperation, she applies to the NYPD. And a chance encounter with a handsome stranger on a malfunctioning escalator in New York’s Union Square seems to be the escape she needs. Charming, supportive, honest, romantic, a poet, even: all the things her new boyfriend Maximus Voo turns out not to be. Moving him in is more dangerous than boarding one of Nickle and Dime’s planes. But who is it dangerous for?
Brimming with insight and wicked humor, bestselling author Gerald Hansen spins off to exciting new territory with Emergency Exit, a twisty modern tale of one woman’s struggle to find North on her moral compass. Join Gretchen on her journey through the rapture of new love, the turmoil that follows, a winning scratch card, and a mysterious dump on the kitchen floor. 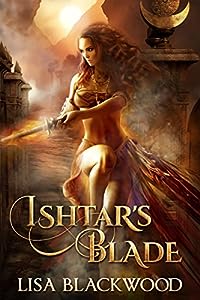 Iltani asked to be none of these things. Yet fate does not ask permission when she weaves souls upon destiny’s loom.

On the day of Iltani’s birth, an assassin tried and nearly succeeded in ending the line of the gryphon kings. Out of that bloodshed, an unbreakable bond was forged between child-king and goddess-chosen infant, and from that pivotal moment forward, Iltani was never farther from King Ditanu than his shadow. Not until her training to become Ishtar’s Blade required her to leave.

After four brutal years of training, Iltani now returns to court as Ishtar’s Blade and takes up her role of king’s shadow — a dangerous position in a court where the threat of another assassination is but a blade’s width away. But for the chance to stand at the side of her beloved king, she will endure the dangers of court intrigues, assassins, and political maneuverings.

Author’s Note: Ishtar’s Blade is a Fantasy Romance loosely based on early Sumerian and Mesopotamian religion. 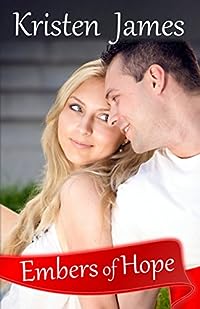 Savanna Thompson knows what it’s like when you blink and your life shatters. She’s been hiding her divorce from her best friend Cassie, but she knows she can’t any longer. Cassie’s husband, a firefighter, just died. Savanna rushes home, along with her one-year-old daughter to help, and now she’s staying with Cassie in a nursery meant for a baby that won’t ever exist.

She will fix their relationship, but it’s complicated with Jason around. He’s the firefighter who saved Savanna’s life two and a half years ago. He just lost his best friend, and like Cassie, he blames himself for Mike’s death. When he convinced Mike to remain with the department, how could he know Mike would die fighting a house fire?

Though hurting herself, something deep inside her won’t let her walk away. Jason needs her but she’s off limits on so many levels. She’s falling for this sexy firefighter but he confuses her to no end. Being stuck in the middle is enough stress, plus her own problems are festering behind her helping smile. Can Savanna find the balance between loving Jason, helping Cassie, and taking care of herself and her daughter? Or is she going to lose this bet and her best friend? 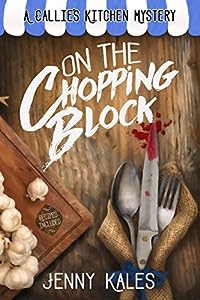 Building a small business has been murder, but Callie Costas didn’t expect to be confronted with an actual body. The 36-year-old Greek-American proprietor of “Callie’s Kitchen,” a meals-from-scratch business in an idyllic small town, has been busy creating a post-divorce life for herself, her young daughter and her pet Yorkie, Koukla. After a lot of hard work (including staving off her father’s continual advice), she’s got the locals and tourists clamoring for her delicious Mediterranean dishes and Midwest comfort food classics. Recently, she’s started a budding romance with a fellow foodie, the wealthy owner and chef of Crystal Bay’s most popular bistro.

However, success is as fleeting as one of Wisconsin’s glorious autumn days. As local businesses begin to shut down due to a slow economy, Callie is struggling not to become another statistic. A contest with a hefty cash prize seems like the perfect chance to fix her financial woes, until a shocking murder threatens not only her livelihood – but her life.

When she’s targeted as a prime suspect by an attractive expat British detective, Callie’s situation becomes more delicate than her Greek egg-lemon soup. She’s got to find the killer and fast if she wants to protect her daughter, save her business and stay alive. 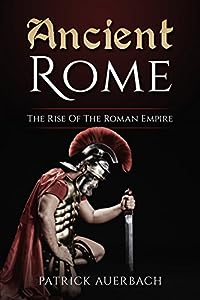 Ancient Rome: The Rise Of The Roman Empire
by Patrick Auerbach

Beginning in the eighth century B.C., Ancient Rome grew from a small town on central Italy’s Tiber River into an empire that at its peak encompassed most of continental Europe, Britain, much of western Asia, northern Africa and the Mediterranean islands. Among the many legacies of Roman dominance are the widespread use of the Romance languages (Italian, French, Spanish, Portuguese and Romanian) derived from Latin, the modern Western alphabet and calendar and the emergence of Christianity as a major world religion. After 450 years as a republic, Rome became an empire in the wake of Julius Caesar’s rise and fall in the first century B.C. The long and triumphant reign of its first emperor, Augustus, began a golden age of peace and prosperity; by contrast, the empire’s decline and fall by the fifth century A.D. was one of the most dramatic implosions in the history of human civilization.

As legend has it, Rome was founded by Romulus and Remus, twin sons of Mars, the god of war. Left to drown in a basket on the Tiber by a king of nearby Alba Longa and rescued by a she-wolf, the twins lived to defeat that king and found their own city on the river’s banks in 753 B.C. After killing his brother, Romulus became the first king of Rome, which is named for him. A line of Sabine, Latin and Etruscan (earlier Italian civilizations) kings followed in a non-hereditary succession.

Rome’s era as a monarchy ended in 509 B.C. with the overthrow of its seventh king, Lucius Tarquinius Superbus, whom ancient historians portrayed as cruel and tyrannical, compared to his benevolent predecessors. A popular uprising was said to have arisen over the rape of a virtuous noblewoman, Lucretia, by the king’s son. Whatever the cause, Rome turned from a monarchy into a republic, a world derived from res publica, or “property of the people.”