No Ornaments For You EVER!!

Hubby was watching a little video with these cops at the back door of a Costco waiting for a group of robbers to come out. They caught them and all was good. One thing was on my mind though… WHY ROB A COSTCO!!?? The prices are great! Where else can you get a huge sheet cake for only $18?? Can you imagine never being able to go to a Costco again? What would you do on date night? What about all those awesome Christmas decorations in August!!?? Some people just don’t think. 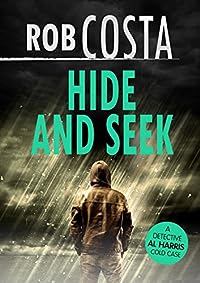 What Would You Do If The Stalker You Thought Had Disappeared Was Suddenly Back?
Fifteen years ago Mary Anne Cromway was stalked by a violent psychopath that police were never able to identify. As the stalker became more obsessive and threatening, her boyfriend Bobby went missing. The town assumed that troublemaking Bobby had been playing a trick and had decided to run away when he got in too deep — or that Mary Anne was behind all of it herself. They were especially suspicious when the stalker disappeared right after Bobby did.
Fifteen years later, Mary Anne receives another note from her stalker. She knew exactly who to go to for help. 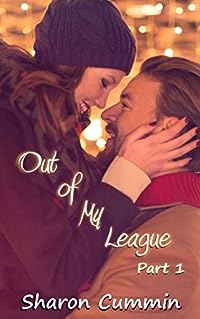 Out of My League, Part 1
by Sharon Cummin

My life was perfect. I had a husband that loved me and three amazing children. We had two homes, a gorgeous lakehouse up north, and a beautiful, two-story home, in a wealthy neighborhood, closer to the company my husband owned. I spent my summers up north with the kids and our nanny, while my husband was only able to join us on the weekends. When the weather would start to cool, he’d come up, and we’d drive home together for the winter. I had the best of both worlds, or at least I thought I did.

That winter was different. The weather cooled, but he wasn’t able to come, and I didn’t want to wait. I packed a few bags, and early the next morning, we got in the car and headed home. The drive was different. Our nanny fidgeted in her seat with tension oozing off of her. I knew my husband wouldn’t be happy that we were driving alone, he was always so worried about our safety, but he’d be happy that he wouldn’t have to take time out of his very busy schedule to come and get us.

I was filled with excitement as our front door opened. Then it happened, my whole world changed.

I took off with the kids and headed toward my brother and his wife. They were my only option and were as far away as I could get. My only worry was them turning us away. They’d have every right to do just that. I’d deserve it.

As I stood at their front door, I knew deep down that nothing would ever be the same again.

I couldn’t have been more right about that.

Secrets were kept and tensions were rising.

My life was a disaster.

Everything was out of control.

Sammie thought she’d help by dragging me and the kids with her to play baseball. It was her solution to everything, but she was wrong.

The one thing I didn’t need to add to my troubles was another name to the list of people judging me, but it didn’t take two minutes for the wannabe baseball player to hit the number one spot on that list. Who did he think he was? He knew nothing about me. He also had no idea who he was messing with. 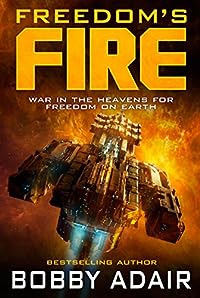 War in the Heavens for Freedom on Earth

The first interstellar war, a generation ago, left humanity enslaved. Now humans fight in the armies of their masters to save themselves from annihilation.

At least, that’s what the propaganda insists is true. What the layers of lies keep hidden, is how badly the new war is going for the people of earth.

Now it’s Dylan Kane’s turn to blast into the heavens and join the battle, but what his masters don’t know, is that by putting a weapon in his hands, they’re giving him the key to unlocking his hopes of freedom.

When the railgun slugs are tearing through his ship, and the vacuum is sucking the life out of his wounded friends, will Dylan’s years of repressed rage turn into enough bravery to make his dream come true? 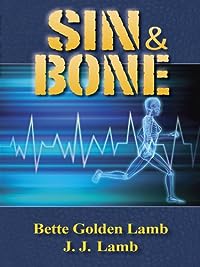 The SECOND fast-paced medical thriller in The Gina Mazzio Series.
STOP ME BEFORE I KILL AGAIN
That’s the plea RN Gina Mazzio hears when she gets an anonymous call the night before her wedding. The cops say it’s a crank call. Her fiancé says she’s altar-shy. Her fellow workers call her “crazy.”

But Gina has a bad feeling…

Then two of her fellow nurses at San Francisco’s Ridgewood Hospital go missing. Instead of a honeymoon, Gina’s plunged into the dark world of the black market trade in human body parts. This is not a medical thriller for the faint-hearted.

When a third nurse, Gina’s redheaded friend Megan Ann Hendricks, fails to show up at work after a date with a charismatic pharmaceutical salesman, Gina’s suspicions begin to dovetail with those of SFPD’s Inspector Pepper Yee.

Gina ends up a kidnap victim offered up to a serial killer with extremely grisly propensities — and a lucrative sideline in black market body parts. Should we say it again? Don’t come near this fast-paced medical mystery if you’re the least bit squeamish! 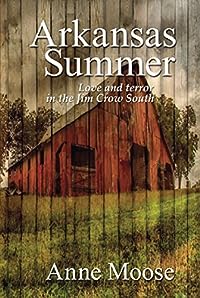 Arkansas Summer is a powerful novel about love and racial terror in the Jim Crow South.

It’s 1955, and Catherine has joined her father in Arkansas after her grandfather’s death. She’s a California college student, and it’s her first visit to her grandparents’ farm since the summer she was nine. When she is reunited with Jimmy, whom she’d played with as a child, the two are immediately drawn to one another. They understand the dangers of their interracial attraction, but could never have imagined the far-reaching consequences of their untimely love.

Arkansas Summer takes readers on an emotional journey of passion and suspense, all the while shining a spotlight on the twisted ethos and violence of the segregated South.