I worked pretty hard to make a larger chicken run that my sweet ladies would enjoy, and would also keep my crazy little Chaweenie Junebug out of. Iggy, with all of her magic powers, fought me beak and claw to give her access to the rest of the yard. She insisted that she could handle little Junebug, and she could without a doubt, but I don’t want her eating all my plants, and pooping everywhere. She was doing a great job escaping, but I finally figured out how to put up a pretty good barrier. Or so I thought. Now, instead of looking for the holes in my fencing that Junebug would make, now she just barrels through like a little Sherman tank. WHAT IS WITH THAT CHICKEN!!?? She only does this when I am close by to. She barrels through the netting and runs up to me for pets. I am flattered that she is so determined to get my attention, but since when to chickens have super strength? Like a little Thor Chicken. Never a dull moment with these ladies. 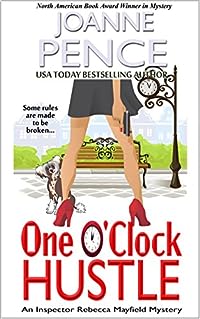 Rebecca Mayfield has always been a by-the-book cop until Richie Amalfi enters her life–and makes her want to throw the book at him! Now, Richie’s accused of murder and runs to Rebecca to help him prove his innocence. She’s completely flummoxed by this, but the more she learns about the case, the more convinced she is that he’s not guilty. Will she break all the rules to help him, or do her job the way she’s been taught? And what are the consequences for either choice?

As dangers lurk and more deaths happen, Rebecca discovers there’s a lot more to Richie than she thought and a lot more to like than she imagined, she fears not only for her life, but also her heart.

If you’ve missed TV shows like Castle or Remington Steele, you’ll enjoy reading about Rebecca and Richie because they, too, give you mystery and humor with a touch of romance. Start this first book in the best-selling Inspector Rebecca Mayfield “Clock” series, and you’ll soon find the hours seem to fly by… 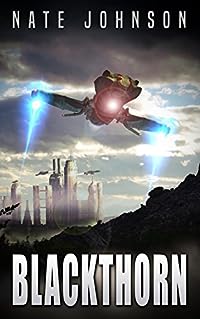 Two people race across the galaxy, fighting against all odds to do what is right.

Petty Officer Logan is tasked with escorting Kaylee Williams through the rough streets of Montlake. Little did he know a simple assignment would morph into a race across the galaxy.

If he wants to get her to safety, Miller must avoid pirates, the Imperial Navy, and the hazards of deep space. All while keeping a decrepit starship from blowing up along the way.

Kaylee Williams desperately needs to get to Taurus. The future of the Empire rests with the secret information she carries. But can she trust this strange man to help her?

But, if she can’t trust a man who repeatedly risks his life for her. Then who can she trust. 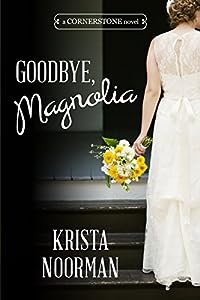 Wedding photography is Maggie’s passion. The art of capturing a moment forever in time is magical to her, and she’s worked hard to become the best of the best. Week after week, she works with couples as they plan their happily ever afters, but she hasn’t been so lucky in love.

Behind the camera, it’s easy to hide from the pain and rejection of her past. The life she has made for herself is safe and predictable, until the owner of a rival photography studio sets up shop in her small town and comes to her with an unexpected proposal. Suddenly, everything she has worked so hard to build is threatened and her simple, controlled life is thrown into chaos.

As she travels the state of Michigan photographing weddings, she struggles to keep her business afloat and the wall around her heart intact. But along the way, she learns more about loyalty and love than she ever imagined. 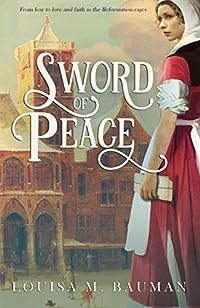 Will she betray her best friend to save her own life?

Anna, a spinster at twenty, has lost her family to persecution, and moves to peaceful Amsterdam to escape the violence of the German Reformation. But then, Charles V arrives on the scene on a quest to rid his empire of this ‘nest of heretics’ in the Netherlands. Must Anna lose her loved ones all over again?

After uncovering Maeyken’s dangerous secret, Anna must decide whether to turn in her friend as Charles’ decree demands or do nothing and risk execution herself. Anna wants to do the right thing, but what is right? How can she tell who is a True Soldier of Christ? Is it the Spanish soldiers who hunt human beings for going to the wrong church, or the hunted ones who soldier on in their faith despite persecution?

Adriaen, a recent widower and a leader of the radical new faith, is unlikely to survive the purging of heretics. Anna rejects her growing love for him, realizing his life might soon be over. And why would he forgive her for what she has done to his family?

This historical novel portrays the birth of the Amish and Mennonite faith, a faith more precious than life. Perfect for fans of lesser-known history, which entertains as well as educates. 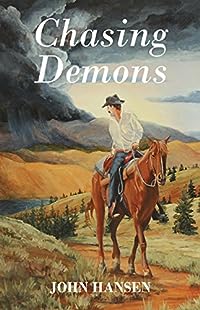 For Gus O’Grady, thirteen years of fighting and killing as a soldier has taken its toll on him. Cheap whiskey has been his only escape from the demons that haunt his nights. But that escape has come with a heavy price. He’s lost his sergeant’s stripes and his good name, due mostly to a hard-nosed Lieutenant named Welch. How much should a man be expected to take? It’s tempting to desert and leave it all behind, but would life be any better? He’s about to find out.

A brutal conflict unleashed. Who stands to win? A bloody massacre at a Mexican heroin refinery; a Miami-bound freight ship hijacked for its cargo of illegal narcotics; the ruthless assassination of a Kosovar drug lord – a war has erupted between two drugs superpowers.
As DEA Agent Diane Mesi investigates she becomes convinced that the conflict is being orchestrated by an unknown third party. But she is marginalised by her colleagues and her judgement is challenged at every turn. Only if she can expose the truth will she be able to stop the violence and save her career.
Michael Larsen is an ex-soldier and hired mercenary who has been contracted to fuel the conflict at every opportunity until it destroys both sides. As he battles his own demons, he hopes that by directing the violence he will attain some measure of redemption.
But neither Mesi nor Larsen know the full extent of the forces at play or of what is truly at stake. As they each pursue their own resolution, the violence escalates and they become increasingly vulnerable to the dangers that stalk them.