I am sorry to say it, but Junebug is no longer considered a dog. I had my doubts right from the beginning that she was a true dog, and last night just confirmed my original thoughts. Hubby bought a laser pointer for one of my baby basset’s little robot. Apparently it does tricks with laser pointers. When they were ordering the laser pointers I also mentioned that the cat does the same thing and what is the point of a robot when you have the real thing. They just gave me a blank stare and then ignored me. (heavy sigh). So the pointers came and I was excited to see what my great hunter Sinny would do. That cat didn’t even twitch. ERG!! Junebug on the other hand went nuts! We had her chasing that little red dot all over the house. She was not crazy enough to pounce on it when it was on the cat’s paw, but she did try to chase it up a wall. That pup has mad skills. 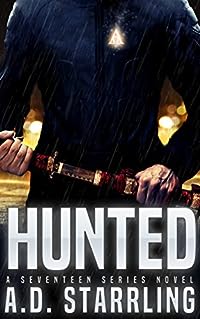 “They call me the half-breed.
The first time they killed me, I was ten.
They’ve been hunting me all my life.

It’s time I stopped running.”
Born of a Bastian mother and a Crovir father, a half-breed who is abhorred by the two Immortal races, Lucas Soul spends the first three hundred and fifty years of his existence being chased and killed by the Hunters.

One fall night in Boston, the Hunt starts again, resulting in Soul’s fifteenth death and triggering a chain of events that sends him on the run with Reid Hasley, a former US Marine and his human business partner. From Paris to Prague, their search for answers leads them deep into the Immortal societies and brings them face to face with someone from Soul’s past. Shocking secrets are revealed and fresh allies come to the fore as they uncover a new and terrifying threat to both immortals and humans.

To defeat his enemies, Soul must embrace his tortured fate and become the Hunter. But time is running out. Can he protect the ones he loves and prevent another Immortal War before his seventeenth and final death?
Hunted is the first installment in AD Starrling’s bestselling supernatural thriller series Seventeen. If you like high-octane, fast-paced adventures that combine science and fantasy, then you’ll love the world of Seventeen. 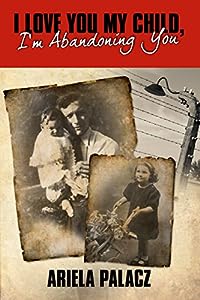 I Love You My Child, I’m Abandoning You: Holocaust book memoirs
by Ariela Palacz

An exciting human documentary taking place in France during the Holocaust

Little Paulette is an excellent pupil, surrounded by a loving family. But one day she is suddenly forced to confront the cruel reality of the Holocaust, together with the rest of French Jewry. Paulette is forced to separate from her family, and as a result, abandoned by her father. But despite her difficult and shocking life experiences, she remains naïve and optimistic, holding on to her thirst for life even in the darkest hours.

An authentic and moving life story

I Love You My Child, I’m Abandoning You is an exciting human documentary, taking place in France during the Holocaust. It honors the memory of the French Jews who perished in the Second World War, while simultaneously giving voice the persistent will to live, and the strength and bravery that characterize those who survived and gave rise to the future generations of the Jewish people.

Ariela Palacz shares her life story through the character of little Paulette Szenker, sensitively weaving past and present into an authentic and moving journey that shifts between WWII France and contemporary Jerusalem. A story about the human spirit and the thirst for a family, a tradition, and a nation, that will touch your heart. 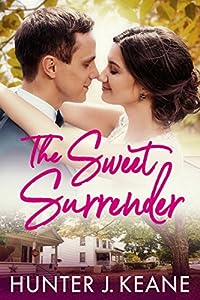 This isn’t a love story. It’s a story about love.

This story of love starts with a failed life plan and a sick father. That’s how Helen Whicker finds herself back in her hometown of Portstown, Illinois, living with her parents and working as an obit writer for the town paper. Throw in a car accident and a neurotic sister-in-law, and Helen’s life is pretty much a disaster.

Benson McCormick is just what she needs to turn things around. He’s funny, uses foul language even more than she does, and he can’t seem to get enough of Helen. But they live in different cities, and they both have family drama and relationship baggage.

Helen’s gotten used to life on her own, but as she faces her worst fears, she wonders if she’s really been living at all. The more she gets to know Benson, the more she believes that falling in love is the sweetest possible surrender. She just has to decide if she’s strong enough to survive the fall. 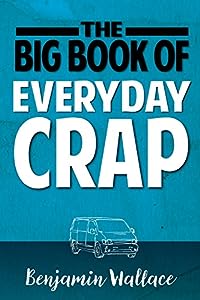 John, Chris and Erik are neighbors in the quaint subdivision of The Creeks of Sage Valley Phase II. The three men happily live the typical suburban family life. But, it’s not all birthday parties and bounce houses.

These men struggle every day to fulfill their roles as fathers, friends and husbands. They face challenges like grocery shopping under pressure, learning to be the Tooth Fairy and competing for Halloween bragging rights. Throw in Santa and the HOA and it all adds up to a whole lot of crap.

Everyday Crap: The Grocery Store – John would rather sit and watch the game, but his wife needs some things at the store. Can he complete the list and get back in time to see the end of the game?

Everyday Crap: Halloween – Every Halloween, Chris has the scariest house on the block and gives out the best candy. But, this year, someone is showing him up and he’ll stop at nothing to find out who.

Everyday Crap: Santa – Erik has planned the perfect Christmas for his family. The plan is foolproof, bulletproof and flame retardant. Nothing can undo the hours of planning and preparation. Nothing except maybe odd-shaped packages, ill-timed fruitcakes or an errant neighborhood Santa Claus.

Everyday Crap: The Tooth Fairy – Erik always has a plan and he’s sure he would have figured out the whole Tooth Fairy thing eventually. But, when his three-year-old son takes a frisbee to the mouth, he’s forced to speed things up. Between neighborhood kids with big mouths and unhelpful dentists he’s going to need to improvise. Will he bend to the pressure of inflation? Will he get caught in the act? And, what do you do with those teeth anyway?

Everyday Crap: The HOA (A novella) – There comes a time in every man’s life when he must stand for the things he believes in. John doesn’t believe in bagging his grass. So, when a new allergy-prone neighbor gets the HOA to require it, there’s only one thing he can do – run for President of The Creeks of Sage Valley Phase II. John, Chris and Erik put aside most of their differences to run a campaign that they hope will see John elected as President and end the meddling of the rule-loving new kid on the block. Will they succeed? It’s doubtful.

Originally published as The Big Book of Dumb White Husband 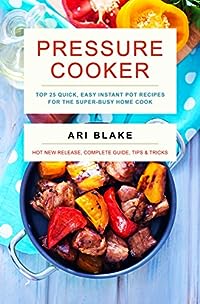 Create Amazing Meals Without Spending Hours In The Kitchen.

What if simply changing the way your foods are prepared could dramatically reduce your calorie intake and boost your immune system?

Imagine cooking easy and healthy meals for someone who always makes the effort to say, “Thanks, I really enjoyed that”

How would your life be different if you had an extra time to spend with your friends and family?

Amazon best-selling author, Ari Blake, celebrity nutritionist and health coach who has been helping people all over the world. She represents a new health-conscious way of cooking that includes eating as many vegetables as possible, getting enough protein and limiting “indulgences” such as highly processed junk food.

In this book you will get:

• Easy meals without blowing up your kitchen

Stop wasting your time! Buy this book NOW to increase your energy, mental focus and make more time for your family!