Yesterday’s field trip to a commercial kitchen with my baby bassets was pretty awesome. I had work to do there and since it is Spring Break, the kiddos had to tag along. I was pretty excited to bring them since my youngest wants to be a chef when he grows up. He was given a tour of the kitchen and I could see he was thrilled. Everything was giant sized. Giant pans, giant whisks, and pots big enough to take a bath in. My boy was on could nine. That is until he got a bit of a wake up call. Our friend was showing us a gigantic mixer and was telling us that safety is very important in a kitchen like this. She said every Chef knows, “Everything in a kitchen is trying to kill you.” It was hilarious to see the change in my boys face. He looked around and the realization that this was completely true quickly hit him. He was much more cautious for the rest of the tour. 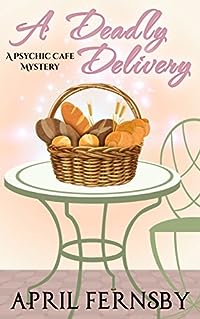 A Deadly Delivery: A Psychic Cafe Mystery
by April Fernsby

Karis Booth has had psychic abilities for as long as she can remember. But this is the first time she’s used them to solve a murder.

Things are changing rapidly for Karis. As well as filing for divorce from her unfaithful husband, she decides it’s time to make peace with her estranged sister, Erin. With trepidation, Karis visits the café which Erin owns. To her great relief, Erin welcomes Karis back into her life with open arms.

During their reconciliation, a young woman, Carmel, calls into the café with a bread delivery. As Karis watches Carmel, she experiences a strong psychic vision. She sees two shadows following Carmel. Only one of the shadows belongs to Carmel — the other belongs to the person who is going to murder her later that day.

With help from her sister and an old neighbour, Karis does all that she can to find out who murdered Carmel. It doesn’t help that the investigating officer is an ex-boyfriend who broke up with Karis because he couldn’t cope with her psychic abilities. Despite this, Karis won’t rest until she finds the killer. 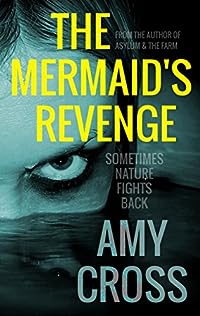 The Mermaid’s Revenge
by Amy Cross

Terrified of the world, Sylvia lives with her mother in a luxury penthouse apartment. For Sylvia, everything is a cause for fear and panic. Isolated and friendless, she has no interest in the outside world at all. And then, one day, her mother unveils her latest purchase.

A real, live mermaid, captured and placed in a water tank.

For Sylvia, the mermaid is both terrifying and fascinating. Repulsive and beautiful. Soon, however, Sylvia discovers that the mermaid hasn’t just been brought to London so it can be put on display. And as the mermaid makes plans to escape its terrible fate, Sylvia is thrown into a horrific battle for survival.

The Mermaid’s Revenge is the story of a scared little girl who comes face to face with the true horrors of the natural world. 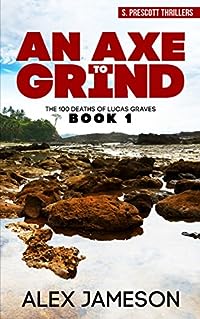 You’ll die laughing and he’ll just die… Lucas Graves is a laid-back millennial, who has glided through life thus far by making a habit out of avoiding trouble at all costs. More recently, though, he’s made a habit out of dying… and then coming back to life, again and again. Perplexed, Lucas reveals his odd condition to his best friend, Harmony Jones, who suggests that he might be experiencing a karmic dilemma, a problem that he must overcome in order to be able to resume his normal life. There just so happens to be an axe murderer on the loose near their hometown of Salem, New Jersey, and the duo figures that it can’t just be coincidence. Lucas decides to take a shot in the dark and try to solve his karmic dilemma by thwarting the killer… though it might take getting murdered a time or two for him to get it right.
This darkly humorous, suspense-filled first installment in the 100 Deaths of Lucas Graves Series will tickle you with nervous laughter and thrill you with spine-tingling adventure. 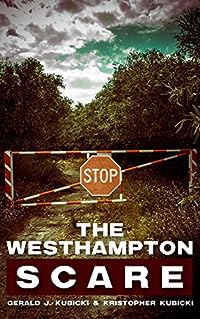 Colton Banyon had just finished his sophomore year at college in 1968 and was home in Westhampton for the summer. In had opted to stay in the bunkroom upstairs at the restaurant where he worked with some college friends and other workers from the city rather than live at home. He was leading an idealist life, right out of a novel, he had money, girlfriends, the beach and a great car.
But everything abruptly changed and his whole world seemed to collapse in one day. It happened when he and his friend Larry Barber decided to get a jump on a geology class for the next semester.
They trespassed on some secret government land at the wrong time. A nuclear missile warhead went missing on that same day. Colt and his family became suspects and had to face the very aggressive Major Janet Jeffries who headed up the recovery search. Her real goal was to takedown a Russian sleeper cell who she believed stole the weapon. Her mission took her all over eastern Long Island, and everywhere she went, she found evidence of Colton Banyon. She began to wonder if he was part of the cold war sleeper cell.
Colt decided he needed to protect his family and his friends while staying out of jail himself, but there were others who wanted him to be blamed. 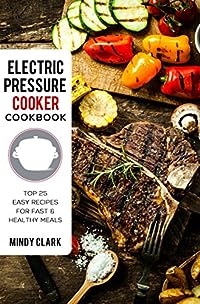 Do you own an electric pressure cooker?
Are you tired of using it to make the same old recipes every week?
Would you like to make something that is different and still delicious?
We all want variety when it comes to what we eat. But many of us want to reduce the amount of time we spend in the kitchen as well. So how do you do that and still produce exciting food?
Inside the pages of this fabulous new pressure cooker cookbook, you will find dozens of pressure cooker recipes that will satisfy your family’s every desire, including:

That’s not all. No cookbook is complete without meal plans, shopping lists, conversion tables and cooking time charts, so we’ve included those as well.
Now you can prepare and serve fabulous meals and save time in doing it, with this amazing book.
Suitable for anyone on a diet or health kick, vegetarians, gluten-free and paleo diet followers, mealtimes will never be dull again and you will have more time to do the things you really want as well.