Before I got chickens I never would have guessed just how attached you could get to them. For anyone who is on the fence on whether or not they want to own their own flock, I would say YES YES YES! They are amazingly funny creatures, each with their own personality and quirks. I think one of the most relaxing things to do is sit in the backyard with a cool beverage on a warm summer day, and watch my sweet chickies scratch around in the grass and hunt for bugs. And those fresh eggs! You have never known a great egg until you have had one from your own flock. The only down side is one day they will pass away. You will get to know these wonderful creatures and after a few short years it will be their time. I still have five sweet chickies, and that is five more sweet souls that will some day move on. Geez…. I don’t think hubby is going to be able to handle me being this much of a wreck five more times. I should bake something for him. 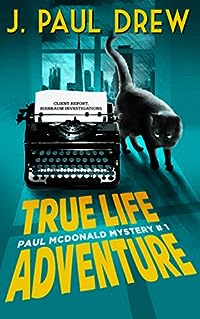 HE KNOWS TOO MUCH — BUT HE DOESN’T KNOW WHAT HE KNOWS…
Things were going lousy for ex-reporter Paul Mcdonald: No money, no girl friend, no bright new career as a mystery novelist… and then along came private investigator Jack Birnbaum with an offer: he’d detect, and Paul would write the client reports. It wasn’t much, but it would keep Spot the cat in Kitty Queen tidbits.

But then somebody poisoned Jack in Paul’s own living room. A day that begins with a body in your house really ought to get better, but next comes burglary and after that, assault-by-cop. And Paul’s got a feeling that’s just the beginning. There must have been something someone didn’t want him to know in one of those client reports. But what?

The wise-cracking, funny, but slightly depressed ex-journalist better become an ace private investigator in about two seconds — or end up like his detective mentor.

Birnbaum’s last report concerned a kidnapped child, so Paul begins there. The trail leads him to the laboratory of a Nobel laureate geneticist, and then to San Francisco City Hall, where an extremely nasty surprise awaits. But there’s an upside — lovely witness Sardis Kincannon. Nothing like falling in love while you’re running for your life!

Want to sample the goods?

“That stuff’ll kill you.”
“What? Your coffee?” Jack was just doctoring his second cup.
“No. All that sweetener. You’re poisoning yourself.”
“We’ve all gotta go sometime.”
Jack went right about then. His eyes rolled back and he let go of the cup. Coffee sloshed all over my rug. His big body fell forward in the chair.
***
These were the facts: I was thirty-eight. I’d spent fifteen years on one major metropolitan daily or another. I’d written six unpublished detective novels. Unpublished in spite of my name.
John D. MacDonald did it daily. Ross Macdonald did it deeper. Gregory Mcdonald did it with dash.
Wrote thrillers and got them published.
But not Paul Mcdonald.
I just wrote them, supporting my habit with clients like Jack.
I had about two hundred bucks to last me the rest of my life.
My only client was dead.
The market for mysteries was terrible.
I didn’t get out enough.
The only thing I’d ever done successfully was write newspaper stories.
And I was sitting on a great story. 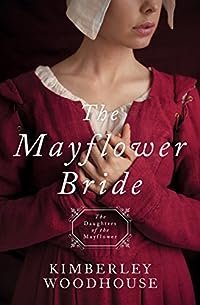 Can a religious separatist and an opportunistic spy make it in the New World?
A brand new series for fans of all things related to history, romance, adventure, faith, and family trees.

Mary Elizabeth Chapman boards the Speedwell in 1620 as a Separatist seeking a better life in the New World. William Lytton embarks on the Mayflower as a carpenter looking for opportunities to succeed — and he may have found one when a man from the Virginia Company offers William a hefty sum to keep a stealth eye on company interests in the new colony. The season is far too late for good sailing and storms rage, but reaching land is no better as food is scarce and the people are weak. Will Mary Elizabeth survive to face the spring planting and unknown natives? Will William be branded a traitor and expelled?

Join the adventure as the Daughters of the Mayflower series begins with The Mayflower Bride by Kimberley Woodhouse. 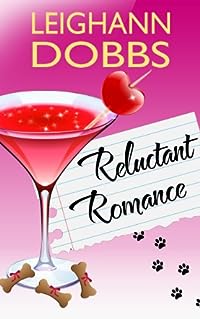 Risa Kennedy will stop at nothing to save her company. Connor Dunn is a ruthless corporate executive who only cares about the profits. When the two are pitted against each other in a corporate buy out, sparks fly… and not just sparks of anger.

Connor has everything most women find attractive: he’s wealthy, astonishingly handsome, successful, charming and he loves his dog Picasso.

But the last thing Risa wants is to be attracted to Connor, especially since he’s trying to buy her pet-food company and shut down the low-cost vet clinic that she loves so dearly.

As their worlds collide a spark of attraction turns into a burning desire. But both of them are hiding secrets that could jeopardize everything.

Will Risa and Connor satisfy their desire or will the secrets between them extinguish their reluctant romance? 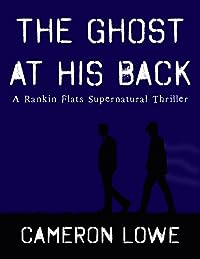 Ghosts are assholes, and no one knows that better than Garrett, long-suffering seer of the departed. Accompanied by his spectral friend Murphy, he has made a comfortable lifestyle for himself by taking down his city’s worst elements, but life is about to take some very strange turns for the beleaguered vigilante.

A serial killer with eerie parallels to Garrett stalks the city’s streets, always on the lookout for his next victim, while a secretive gang of ritualistic psychopaths hunts for the thief who took out one of their own. Caught in the cross-hairs, it’s all Garrett and Murphy can do to stay one step ahead of their newest enemies.

To complicate things further, an enticing acquaintance has come back to Rankin Flats. Happiness might seem within reach for Garrett, but to stand a chance with her, he’ll have to consider doing the one thing most likely to drive her away – telling her the truth. 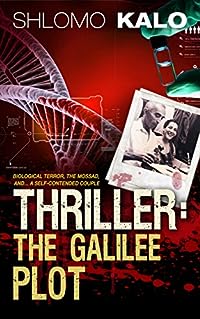 A lethal microorganism, adapted to attack only the DNA of Jews, is running riot in a settlement in Galilee.

Racially motivated biological terror is the chilling specter evoked by renowned storyteller Shlomo Kalo in this fast-moving and thought-provoking novel.

While on vacation in Zurich, an Israeli microbiologist and his wife learn of a frightening development back in their homeland. A former colleague of the husband, now a radicalized Muslim, has set lose a disastrous strain in Israel. The couple along with the Mossad are drafted in to avert disaster.

As the story races from Zurich to Berlin, New York to Israel, the thrilling plot is interlaced with philosophical and spiritual insights about life in today’s chaotic world, as we root for the humorous and harmonious couple to save the day.