It’s been a month, and you know what that means! Junebug is due for an emergency trip to the vet. I can honestly say if I knew when I adopted her that she would be this much trouble… I would do it again in a heartbeat. How do these creatures get such a hold of your heart? 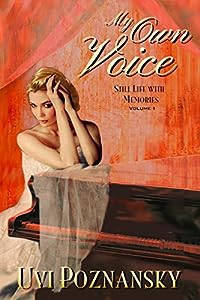 Falling in love with Lenny should have been the end to all her troubles. For Anita, it’s only the beginning, when family secrets start unravelling. His ex-wife, Natasha, is succumbing to a mysterious disease. How can Anita compete with her shadow? How can she find a voice of her own?

And when his estranged son, Ben, comes back and lives in the same small apartment, can she keep the balance between the two men, whose desire for her is marred by guilt and blame? 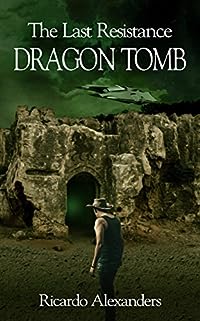 Want to see Nazi Panzer and Soviet T-34 charging together, not against each other?

Want to see Prime Minister Tojo arguing face to face with President Roosevelt on which country is responsible for the attack of Pearl Harbor?

This is the book for you.

In Dragon Tomb, Writer Ricardo Alexanders tells a story about a young Chinese archaeologist who saved the world from Armageddon during World War II. Dragon tomb is packed with adventures and actions. FDR, Hitler, Stalin,Tojo, Madame Chiang… many historical characters make appearances in this soul-stirring story, which is filled with unbelievable twists and turns.

1939, two years after returning from Boston to defend his country against Japanese invasion, archaeologist Chuan-Jay Hoo is captured in a behind-enemy- lines rescue mission. As a POW, he is forced to take part in the excavation of the tomb of the mythical First King of China. Unexpectedly, this top-secret tomb raid is violently defeated by a ruthless killing force sealed within the tomb. Chuan-Jay was astonished by the tomb guardian’s fire power and the fact that the illusive First Dynasty in China was actually established by some strayed Aliens happened to crashed on Earth 4000 years ago. He begs those guardians to save their blood intertwined descendants. But they refuse, citing a more pressing mission to accomplish.

Eighteen months later, Chuan-Jay teams up with an American adventurer, Dr. Harry Jones, and returns to the tomb. The duo successfully convinces the guardians to fight for China, then the Allies. With the help of those guardians, the Allies prepare for an all-out counter offense to end the war in Pacific by the spring of 1944. However, the subsequent rise of an evil force catch everyone on Earth by surprise. It was so evil, the Allies and the Axis powers were forced to fight together. The throws in everything they had in WWII, including the atomic bombs. The evil still prevails. Alone in the First King’s tomb again, Chuan-Jay finds himself as the last line of resistance for the survival of mankind. 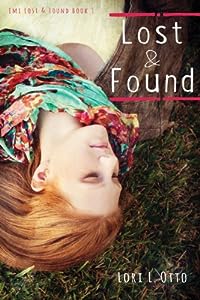 Independent and sensitive, idealistic and hopeful, Emi Hennigan lives her life with optimism and an open mind. Between sharing a tiny Manhattan apartment with her fun-loving roommate and spending most of her free time with her heart-breaker friend, Emi’s seen enough failed relationships to know what to avoid in her quest to find her true love. Not only that, but a single moment from her past lingers in her mind, setting high expectations for every man she dates.

Emi’s best friend, artist and hopeless romantic Nate Wilson, has been her closest companion all of their adult lives. After swearing off love with Emi in a silly high school pact, Nate has been seeing other women in hopes of finding one that evokes stronger feelings than the ones he’s been harboring for Emi since he was a teen. Over the span of a year, boundaries are crossed, feelings are confessed, and their unique friendship begins to blossom into something more.

Through Nate’s eyes, an atypical romance unfolds, disrupting the comfortable safe haven their friendship has provided. With a promising future ahead of them both, fate intervenes to bring two soul mates together. 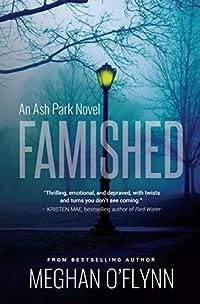 Ash Park, a run-down suburb of Detroit, might not be the most idyllic place to live, but for Hannah Montgomery, it’s safe. At least, it feels that way until a serial killer starts dicing up women from the shelter where she volunteers.

Hannah manages to convince herself the killings have nothing to do with her brutal past — but then her boyfriend is murdered in the same ruthless manner as the others. And the police think she may have had something to do with it.

The cops are right about one thing: Hannah is responsible. Because she knows who the killer is. Now she must face the fact that she brought a monster with her to Ash Park–and his appetite for blood is insatiable.

Everyone’s hungry for something.

Some are more famished than others.

Dark, gritty, and raw, Famished is an emotional roller coaster and an electrifying debut from bestselling author Meghan O’Flynn. If you like Chelsea Cain, James Patterson, or Caroline Kepnes, you’ll LOVE Famished, the first book in the Ash Park series. 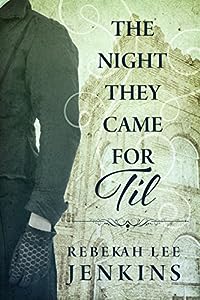 The Night They Came For Til
by Multiple Authors

In the tenements of London England, 1904 is a dangerous time to be suffragettes on crusade.
Shannon’s aunt Matilda “Til” Stone, gynecologist and suffragette, believes women should have the right to birth control and self determination. After ten years spent at Til’s side, Shannon has trained as a midwife to be her right hand.
After a brutal attack that was meant to destroy their work, Shannon is shipped off to Canada to avoid the scandal around Til’s arrest.
In Oakland Manitoba, Shannon lands in a women’s rights battle that shakes the community and threatens the new hospital.
As a midwife, Shannon helps the women of the community find their voice while she finds her own.
Faced with a choice to live a normal life as a wife and mother or go back to England and crusade with her aunt, this book explores her choices and how they affect an entire community.
The Night They Came for Til is a historical fiction novel based on true events.