A Moment to Remember

A friend of mine texted me that it was finally happening and to run outside. I was thrilled! I grabbed Junebug and her leash. I barely had enough time to put on my shoes. Golly knows how long it took for the text to actually reach me, so I might only have a few minutes left. I was out the door in record time. SPRING! It was truly magnificent. This time I almost made it to the end of the driveway before the clouds rolled back in. I will remember that moment forever. 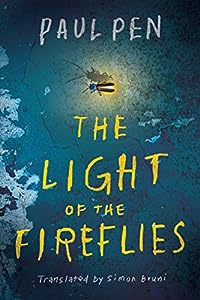 The Light of the Fireflies
by Paul Pen, Simon Bruni

From bestselling Spanish author Paul Pen comes a haunting and hopeful tale of discovering light in even the darkest of places.

For his whole life, the boy has lived underground, in a basement with his parents, grandmother, sister, and brother. Before he was born, his family was disfigured by a fire. His sister wears a white mask to cover her burns.

He spends his hours with his cactus, reading his book on insects, or touching the one ray of sunlight that filters in through a crack in the ceiling. Ever since his sister had a baby, everyone’s been acting very strangely. The boy begins to wonder why they never say who the father is, about what happened before his own birth, about why they’re shut away.

A few days ago, some fireflies arrived in the basement. His grandma said, There’s no creature more amazing than one that can make its own light. That light makes the boy want to escape, to know the outside world. Problem is, all the doors are locked. And he doesn’t know how to get out… 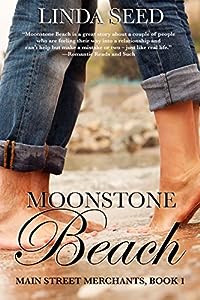 She’s a divorcee who’s still struggling to recover. He’s notorious for his reckless ways with women. What could possibly go wrong?

Kate Bennet owns a small bookstore in the breathtaking Central Coast town of Cambria, California. Two years out from a divorce that left her emotionally fragile, she’s starting to think that maybe she’s ready for love again — or at least for a fling with a hot man. Jackson Graham is a local chef who’s controlling when it comes to food, careless when it comes to love, and temperamental when it comes to just about everything.

When Kate’s friends set things up between Kate and Jackson, she expects some casual pleasure followed by a hasty goodbye, but Jackson’s long-term crush on Kate means that he’s in this one to win. The problem is, neither he nor Kate knows whether he can change the self-defeating habits that usually send women scurrying for the door. 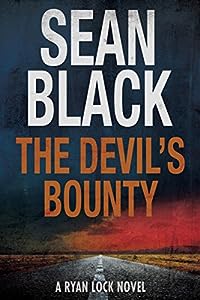 Convicted of a series of horrific crimes against young college students in upscale Santa Barbara, wealthy playboy Charlie Mendez has fled across the US border into Mexico.

As one bounty hunter after another meets a grisly end at the hands of the murderous drug cartel his family have hired to keep him safe, it seems that Mendez is one fugitive destined to remain beyond the reach of the law. Or at least that’s how it looks until one determined victim persuades high-end security specialist Ryan Lock and his partner, retired Marine Ty Johnson, to go after him.

Plunged into a nightmare world where no one can be trusted, least of all the local authorities, the two men discover a city more deadly than any war zone. Worse still, when an American tourist is snatched from the streets, it appears that Mendez has returned to his old ways. The race is on to save her. But will Lock and Ty live long enough to claim The Devil’s Bounty? 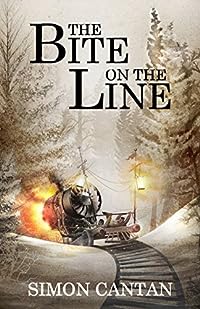 The Bite on the Line (Bytarend Book 1)
by Simon Cantan

Fantasy as fast as any thriller.

Clinging to the bar running along the front of the platform, Sergeant Osric has a lot of time to think about how he got there. About how he’s shooting through a forest on a rocket powered railcar. About how a grinning thief is clinging to the same bar beside him. Most of all, though, about how he’s heading for Bytarend; a town no-one has heard from in almost a hundred years. There has to be a reasonable explanation for their silence, after all. Osric tries to think of a reason that doesn’t end in his horrible death…
… he can’t come up with one.

The Bite on the Line is the first book in the Bytarend series. Fast-paced fantasy with plenty of humour along the way.

The Bite on the Line will grip you until the final page. 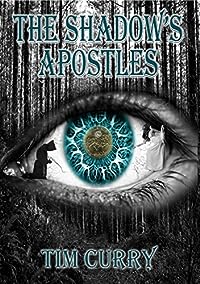 The Shadow’s Apostles
by Tim Curry

The first part of the story is set in Bulgaria in 1877 against the backdrop of the Bulgarian struggle for freedom from the crumbling Ottoman Empire. The lead character, a young soldier named Serafim, receives some mystical prayer beads from his father figure. He is entrusted with the task of safeguarding them while searching for a special craftsman to engrave them. On his journey, he encounters mythical beings and seekers from the future. The Broenitsa are imbued with the power of Bulgaria’s rich and glorious past, along with the fate of its people in the near future.

After several chapters, the story abruptly shifts to modern day Bulgaria, where three scousers find themselves entwined with the past and the ultimate fate of the beads. A desperate search for answers takes them across several countries and tests their resolve as they struggle to safeguard the sacred broenitsa.

The Liverpool lads; an archaeologist/ a taxi driver/ and a care worker, are out of their depths but take it all in their stride as they encounter the Bulgarian Mafia, an idiot freedom fighter named Lucho, whirling dervishes and many more interesting and complex characters. Indiana Jones meets Trainspotting, meets something quite different.