WE HAVE A SWARM!!!! Our bee guy, who gets my partner in crime and I swarms, has caught another one for us. Tis the season for swarms and we are lucky enough to know a guy who is more than happy to give us any he finds. He said it was a pretty big one as well, so I am very excited to see it. We need a good strong swarm. We lost one colony over the winter and our first colony is looking kinda weak. I think it might be that they must have swarmed as well. This new colony will be a welcome addition. 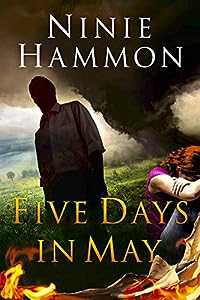 Five Days in May: Book One in The Unexplainable Collection
by Ninie Hammon

Three members of the McIntosh family are setting up appointments with death, marking it on their calendars for Friday, May 10, 1963. That’s the day an F5 tornado will obliterate everything in its path in a mile-wide trail of desolation across Oklahoma—and their little town is in its path.

Pastor Mac McMIntosh lost his faith when his wife died–it’s time now to end the charade. His 16-year-old daughter and his father-in-law are arranging to actually kill somebody that day. For one it’s an act of hopeless desperation; for the other, a final declaration of unconditional love.

Add to the three with death plans a mysterious inmate called Princess. At 5 o’clock that Friday afternoon, the state of Oklahoma is scheduled to strap her into an electric chair named Sizzlin’ Suzie and turn on the juice.

But when Mac grudgingly agrees to meet daily with Princess during her final five days, everything changes. Princess has watched Mac and his family for years, looking out through someone else’s eyes. She speaks into Mac’s heart with insight and grace, while in her own heart she harbors a secret she’s determined to carry to her grave about the little sister she confessed to beheading 14 years ago.

Princess knows the monster tornado is coming. She calls it The Big Ugly and she pleads with Mac to run! But by then, it’s too late. For all of them. 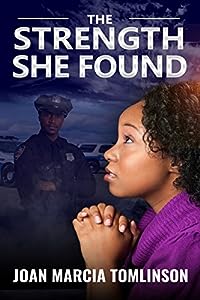 THE STRENGTH SHE FOUND
by Joan Marcia Tomlinson

Can Roxy find the strength to escape the deadly claws of abuse?

That’s the question a young uneducated mother of three, kept trying to find out after having to depend on men for survival and ended becoming a victim of domestic violence.

Things could not have been worst after Roxy found out a secret that her boyfriend David, a well-respected policeman had kept from her that could turn their relationship upside down. As she slowly discovers the truth, she realizes that her life was in grave danger. But Roxy had a secret of her own which could cost her everything – even her sanity. After playing cat and mouse with deception for a while, she decided that she must run before David, a man who always gets his way finds out, disrupting the lives of her children.

When David became suspended for extortion and ended up being the suspect of a shoot out, Roxy became the target of his fists. With his double personalities that propelled him into a murderous rage, he became a predator hot on the heels of his prey. But nowhere is safe.

Being a survivor of a terrible accident, she tried to lay low at her bad-tempered mother’s house, but Roxy’s life could not have been more out of whack coming out of the frying pan and into the fire. When she realizes that there is no hiding place from David, Roxy decided to take the bull by the horns and fight for her life.

Still battling the demons that plagued her mind, and with her childhood rejection and abuse from her mother, nothing could have prepared her for what was to come next. With nowhere to turn she finally realizes the need to look to someone much greater than her darkest fears. 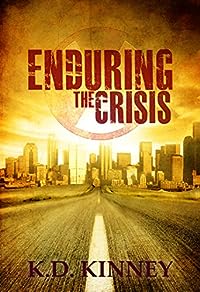 Enduring the Crisis
by K.D. Kinney

The Powell Family has been preparing for a disaster for years. However, timing is everything.

When an EMP nuclear event takes out the grid and brings the nation to a complete stop, Tammy and Ben may not have been as prepared as they thought.

Tammy is a food storage and emergency preparedness specialist. So she thinks. She and her five daughters will find out how prepared they are when they’re put through the ulitmate test when the worst happens. Having everything she needs won’t bring her missing family members home or keep the crazies away. What’s worse is she has no way to contact her husband Ben to find out if he survived.

Ben is supervising a road-building project in a remote fishing village in Alaska when the state’s defense system takes out what could have been a nuclear EMP disaster. The lights are still on where he is, but with all flights grounded, there’s no easy way back to Anchorage, much less the lower forty-eight. He might be a thousand miles away from the disaster but he’s determined to return home to his family no matter what it takes.

As North America is in chaos, Tammy and Ben know the hardships that are in store for them and their family. However, nothing could have prepared them for the real struggles they encounter as they try to protect and reunite with the ones they love.

Book One of the Endure Trilogy. 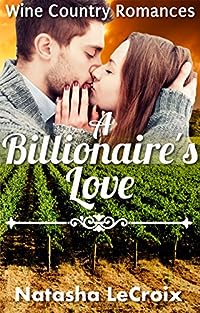 When veterinarian Marley Clark is called in to treat an injured horse found wandering down a road near Napa, she instantly butts heads with the owner of the rehabilitation stables. Elijah Reed is gorgeous but grumpy, rich yet rude, and reminds her all too much of a spoiled ex-boyfriend she dumped in college.

Nobody knows where this sweet-tempered, elderly horse came from, or who she belongs to either. Caring for her allows Marley to see a different side of the handsome billionaire. The untimely death of his girlfriend has caused him to retreat into himself and his work, Marley coaxing him little by little out of his shell.

Love is a gamble, and past hurts have made them both afraid to throw the dice. Can he hold her close without feeling like he’s betrayed his late girlfriend? How can she trust him when all of her romances have proven to be disappointments? A Billionaire’s Love is a 69K standalone in the steamy Wine Country Romances series, a story about loss and hope and second chances, and a horse who needs a home. 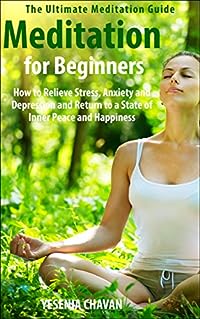 Meditation for Beginners – Learn how meditation can transform your life TODAY!

A ‘meditation for beginners’ guide that will give you life-long peace and happiness.

A regular meditation habit can make you healthier, happier and more successful than ever! This book will teach you exactly how to calm your mind, release tension and “let go” in a way that will change your life forever!

With Meditation for Beginners – How to Relieve Stress, Anxiety and Depression and Return to a State of Inner Peace and Happiness you’re going to learn exactly how to meditate, how to use meditation techniques to calm your mind and how to practice meditation daily.

Learning how to meditate and developing a regular meditation practice doesn’t have to be difficult. Yes, meditation can seem difficult at first and learning how to take control of your mind can be a challenge, but meditating for only a few minutes a day can help you significantly reduce stress, improve your physical and mental health, maximize your ability to focus and increase productivity.

Buddhism teaches that taking control of your mind through meditation is the only real antidote to stress, anxiety and depression. Scientific studies have validated this and offer proof that meditation CAN in fact change brain chemistry and alter brain waves.

If your meditation efforts have been frustrating, don’t worry. Meditation for Beginners will help you overcome the common obstacles to developing a long term meditation habit.

Meditation is like riding a bike. You fall at first but eventually your ability to meditate becomes easier and your meditation practice becomes the most refreshing and life-giving part of your day.