Tonight I pick up our new colony of bees and I am just buzzing with excitement. Yup.. bee humor. Once they are all in their box for the night, they really have no interest in leaving it, and they are actually quite quiet. My baby bassets do not believe me when I tell them this though, and refuse to be in the car with me when I pick up bees. I have one son who wants to take over the family business (it’s not a business but he also doesn’t believe me when I tell him that either) and the other wants NOTHING to do with it. Except maybe eat all the honey. Often, I have to stop him from eating all the honey. He is like Winnie the Pooh. Silly bear. So this will be our fourth colony, but we lost one, so we have three. We had made a few modifications to the bee boxes which should make our bees happier and produce more honey this year. I’m hoping! 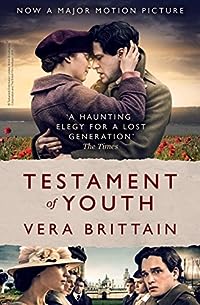 Testament of Youth: An Autobiographical Study Of The Years 1900-1925
by Vera Brittain

In 1914 Vera Brittain was 20, and as war was declared she was preparing to study at Oxford. Four years later her life – and the life of her whole generation – had changed in a way that would have been unimaginable in the tranquil pre-war era.

TESTAMENT OF YOUTH, one of the most famous autobiographies of the First World War, is Brittain’s account of how she survived those agonizing years; how she lost the man she loved; how she nursed the wounded and how she emerged into an altered world. A passionate record of a lost generation, it made Vera Brittain one of the best-loved writers of her time, and has lost none of its power to shock, move and enthrall readers since its first publication in 1933. 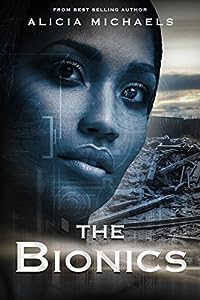 A heart-pumping futuristic thrill-ride set in a frightening dystopian society. 2016 Once Upon A Book Award Winner.

It is the year 4006, and nuclear war has come to the United States. With tens of thousands killed and countless more injured or terminally ill from the blasts, there is no more “normal”… life will never be the same. For her part, Blythe Sol is reeling from the loss of her arm and an eye in one of the blasts – her dreams of following in her father’s footsteps and joining the military completely shattered. When she hears about the Restoration Project – a bionic government program that offers the sick and injured a second chance – she immediately enrolls.
Made whole again, Blythe is filled with hope and a renewed sense of purpose. But when it becomes apparent that those outfitted with the robotic parts now possess super-human abilities, fear spreads across the nation. The Bionics are forced to go into hiding, outcast from all society. In desperation, they band together to form an underground rebellion, and Blythe finds herself caught in a confusing tug-of-war between two of her fellow soldiers — Gage Bronson, the mysterious new addition to the Resistance, and Dax Janner, her best friend. But with war on the horizon and a death sentence hanging over her, Blythe hardly has time to worry about her feelings…

The Bionics Series is perfect for readers who enjoy futuristic science fiction, dystopian novels, science fiction romance, and genetic engineering science fiction. Filled with action and adventure, this series will appeal to fans of The Gender Game by Bella Forest and Secondborn by Amy A. Bartol. 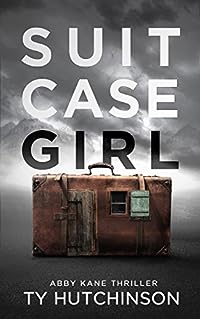 She’s your average twelve-year old, except there’s something about her that’s unthinkable, and quite frankly, unexplainable.

When a lone little girl is abandoned outside FBI headquarters, agent Abby Kane’s investigation points to a human trafficking ring — and something even worse… 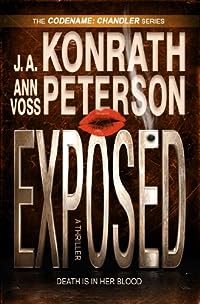 Before special operative Chandler was forced to FLEE, she executed the most difficult missions — and most dangerous people — for the government. So when she’s tasked with saving a VIP’s daughter from human traffickers, Chandler expects the operation to be by the numbers… until she uncovers a secret that will endanger the entire population of New York City, and possibly the world.

Death is in her blood.

EXPOSED is a 35,000 word short novel (roughly 150 pages) and is part of the Codename: Chandler series. It also contains an excerpt of SPREE, the next Chandler novel. 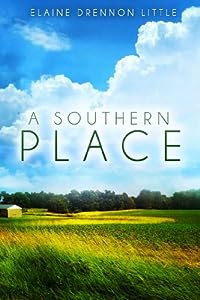 Mary Jane Hatcher- everyone calls her Mojo- is beat up bad. She’s in the ICU of Phoebe Putney, the largest hospital in South Georgia, barely able to talk. How Mojo goes from being that skinny little girl in Nolan, a small forgotten town along the Flint River, to the young woman now fighting for her life, is where this story begins and ends.

Mojo, her mama Delores and her Uncle Calvin Mullinax, like most folks in Nolan, have just tried to make the best of it. Of course, people aren’t always what they seem, and Phil Foster-the handsome, spoiled son of the richest man in the county-is no exception.

As the story of the Mullinax family unfolds, Mojo discovers a family’s legacy can be many things — a piece of earth, a familiar dwelling, a shared bond. And although she doesn’t know why she feels such a bond with Phil Foster, it is there all the same, family or not. And she likes to think we all have us a fresh start. Like her mama always said, the past is all just water under the bridge. Mojo, after going to hell and back, finally comes to understand what that means. 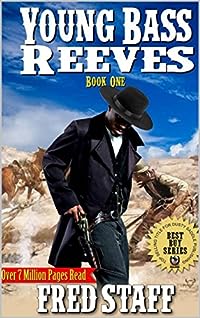 Based on the truth life story of the most outstanding Marshal to ever serve in Judge Parkers court!

Somewhere, somehow, someone has to pay. Someone, somehow, somewhere, there’s a murderer who has conspired to blow apart a world. Between the light and the endless night, he has taken someone’s life. Enter Bass Reeves: The Marshal who will at all costs bring the guilty to justice. He will follow any criminal to the ends of the earth. There’s no bribing him, there’s no avoiding him. He is justice incarnate. He is judge, jury and executioner… He is the law for the lawless.

This is a fast-moving, action-packed Western, based on the true life of the legendary United States Marshal Bass Reeves. A man who rose from slavery and escaped into Indian Territory during the Civil War to become the most feared lawman of his time. He served for over thirty years and brought more than three thousand violent men to justice before the famous Hanging Judge Issac Parker in Fort Smith, Arkansas. His amazing story is full of adventure and courage. His place in history is now reassessed, and his gun will bring justice to your neighborhood.