I’m going to get a tattoo, cut my long hair into a pixie cut, and buy a motorcycle! OR… I’m just going to take a nap. Most likely the nap. 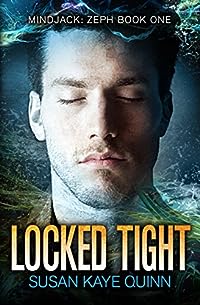 When mindreaders run the world, being a jacker makes you a weapon.
Zeph can break open the toughest minds — or lock the weakest — which only means every Clan leader wants to own him. He did as he was told, kept his head down, and tried to shut out the screams. But when they came after his family, he hugged his kid sister goodbye and ran away to keep them safe. For two years, he’s passed as a reader. Then his family disappears, readers start changing into super jackers, and Zeph is forced to return to a city filled with jackers who hate him. To find his family, he must trick a mindware CEO into helping him, avoid a girl who knows him too well, and spy on the most powerful jacker in the state.

All without dying or revealing his abilities — or being caught in the firestorm of hate between jackers and readers that’s threatening to pull the world apart.

The bestselling Mindjack Series continues with an all new character and a world of mindreaders and mindjackers as you’ve never seen it before. LOCKED TIGHT is the first of three Mindjack novels from Zeph’s perspective. 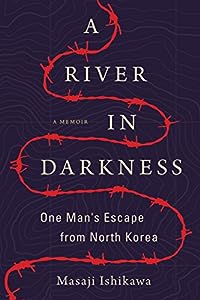 An Amazon Charts Most Read and Most Sold book.

The harrowing true story of one man’s life in — and subsequent escape from — North Korea, one of the world’s most brutal totalitarian regimes.

Half-Korean, half-Japanese, Masaji Ishikawa has spent his whole life feeling like a man without a country. This feeling only deepened when his family moved from Japan to North Korea when Ishikawa was just thirteen years old, and unwittingly became members of the lowest social caste. His father, himself a Korean national, was lured to the new Communist country by promises of abundant work, education for his children, and a higher station in society. But the reality of their new life was far from utopian.

In this memoir translated from the original Japanese, Ishikawa candidly recounts his tumultuous upbringing and the brutal thirty-six years he spent living under a crushing totalitarian regime, as well as the challenges he faced repatriating to Japan after barely escaping North Korea with his life. A River in Darkness is not only a shocking portrait of life inside the country but a testament to the dignity — and indomitable nature — of the human spirit. 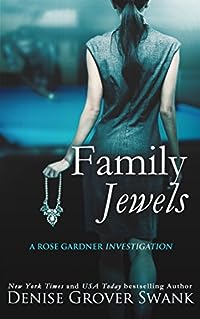 Trouble always comes to those who court it. Rose Gardner’s ability to see glimpses of the future has gotten her into hot water time and again, but so have her curiosity and her sense of daring. Those very qualities helped her defeat the most powerful man in Arkansas — a man so adept at hiding his crimes there was no way to defeat him inside of the law — but her success came at a steep personal price. Now she’s throwing herself into her landscaping business, trying to live a life that’s as orderly as one of her gardens.

Rose’s best friend, Neely Kate, is struggling with her own losses, so when she suggests they help a local man find a missing necklace, Rose agrees. It’ll give both of them a welcome distraction, and besides, it’s a simple investigation. What harm could befall them? But things that should be simple rarely are. In seeking out the necklace, Rose and Neely Kate find themselves in the thick of a power struggle in the Fenton County underworld, one that could dethrone Rose’s friend James Malcolm, the surprisingly moral king.

The last thing Rose should do is court more trouble, but she’s not the type to step away from a friend in need — and she’s also not so sure she wants an orderly life. 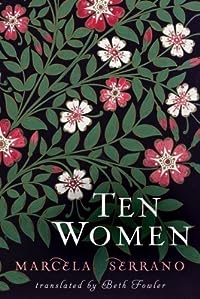 For nine Chilean women, life couldn’t be more different. There is the teenage computer whiz confronting her sexual identity. A middle-aged recluse who prefers the company of her dog over that of most humans. A housekeeper. A celebrity television personality. A woman confronting the loneliness of old age.

Of disparate ages and races, these women represent the variety of cultural and social groups that Chile comprises. On the surface, they seem to have nothing in common… except for their beloved therapist, who brings them together. Yet as different as they all are, each woman has a story to share.

As the women tell their stories, unlikely common threads are discovered, bonds are formed, and lives are transformed. Their stories form an intricate tale of triumph, heartache, and healing that will resonate with women from all walks of life. 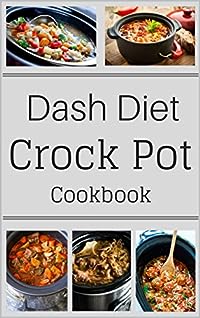