I can’t keep my eyes off the road. This is normally a good thing when you’re driving, but I also can’t keep my eyes out of the gutter, trees, fences. Ever since I found that first swarm of bees I have been looking for another. This is a real game of Pokemon, and my little bag is empty. Although I don’t even have a bag, so I am not exactly the most prepared player in the game. My baby bassets told me the other day that they wished Pokemon were real, and would love it if they saw them roaming all over the place. Seriously!? We do. They are called animals and they are everywhere. You want to play with a Meowth? It’s called a cat and he is sitting on the couch. You want to play ball with a Growlith? Yep, we got two of those. They are called dogs. 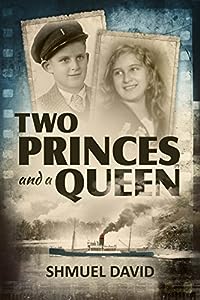 Two Princes and a Queen: A Heart Breaking Historical Novel
by Shmuel David

Imagine having to flee for your life from the Nazis on a rundown river-boat!

Hanne is the teenaged son of a well-off Jewish family living a comfortable, sheltered life in Yugoslavia. In the face of persecution against Jews, Hanne and his parents joins a harrowing voyage down the Danube River, eventually meant to reach pre-State Israel. The passengers aboard the three creaking river-boats are constantly torn between hope and despair in their attempt to reach safety.

On his death-bed, Hanne implores his son, Alan, to find out what became of his first love, Inge, whom he was forced to leave under tragic circumstances during the river journey. Alan becomes inexorably drawn to delving into the past. He pores over his father’s journals as well as other survivor diaries and letters, together with recorded interviews with Erica, the one survivor left in NYC, and learns the bitter truth contained in Inge’s death camp diary.

Bit by bit, Alan uncovers the horrendous story of the young lovers’ harrowing voyage down the Danube River along with Hundreds of other jews attempting to flee the Nazis for Israel in a historic fiasco that came to be called the Kladovo-Sabac Affair. While focusing on a touching love story, this historical novel also tells the ill-fated, real-life stories of other people who shaped the journey.

Discounted this week only to celebrate the release of the 8th book in the series, Lake Morality.

Once again, sinister things are afoot in Apalachicola, FL, and one of them is an actual foot.

When a local fisherman finds a severed limb in his net, it sets off a chain of events that no one can anticipate.

Lt. Maggie Redmond soon discovers that the foot belongs to the friend of another recently dead guy, Gregory Boudreaux, the man she never told anyone about. Gregory’s death was thought to be a suicide. That seems less likely, now that his best friend Sport’s foot has shown up out of the blue, as it were.

When it starts looking like town villain Bennett Boudreaux might be responsible for eliminating Sport, things begin to get a little weird. Especially since Maggie’s started to take a liking to Bennett. She’s also taken a real liking to her boss, Sheriff Wyatt Hamilton, but both her relationship to Bennett and her secret connection to the dead men threaten hers and Wyatt’s relationship.

Is Bennett protecting or avenging Maggie for some reason, or does he have something altogether different on his mind?

Karma’s alive and well in Apalachicola, Florida, and there are several people who are about to meet it face to face.

When more than a dozen bodies wash up on the beach on St. George Island, the residents of Apalach are outraged, and none more so than investigator Maggie Redmond and Sheriff Wyatt Hamilton. It’s time for the greedy to answer for the lives of innocents.

Meanwhile, a man is found tied to a burning boat in the middle of the bay, and Maggie’s instincts tell her Bennett Boudreaux is behind it. But if he is, Maggie has to decide whether she really wants him punished, or if justice has already been served.

Two storms that nobody thought were coming just made landfall.
As a hurricane gathers its power just off Apalachicola’s shore, another storm comes to a head in Lt. Maggie Redmond’s home.

Held prisoner by a man bent on avenging the death of a son, Maggie must find a way to save herself and her two children.

No one knows where they are. No one is coming to help. Maggie and her children will have to find a way to survive both the madness inside their home and the madness raging outside. 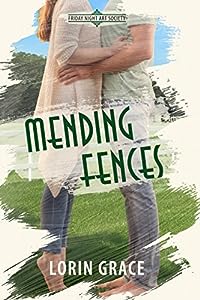 The fence that once brought them together now keeps them apart.

All Mandy wanted was a couple of photos. Instead, she has a broken foot, a bodyguard, and a crush on one of the most eligible businessmen in the country. Memories of a summer long past complicate her resolve to forget about her handsome childhood friend Danny.

Daniel Crawford isn’t sure what to do with his grandfather’s Indiana estate and is tired of high-pressure tactics from potential buyers. When he discovers a woman scaling the fence camera in hand, he determines to keep her off his land. He is surprised to discover his trespasser is the little girl who climbed the fence two decades ago to become his friend.

Struggling to find common ground, neither one can deny growing attraction. But with the paparazzi following every move and bloggers anxiously spreading rumors, can Daniel and Mandy mend the fences that have come between them? 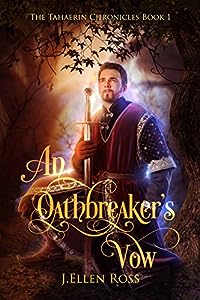 The king of Tahaerin bartered away his daughter’s childhood and sent her to live as a hostage in foreign kingdom. On his death, Leisha returns to a shattered land and a throne she knows nothing about. The powerful men of her kingdom want her married off quickly or killed quietly. And though she’s surrounded by enemies, she has no intention of going along with their plans.

Trained to spy and kill, betrayed by the only home he remembered, Zaraki fled Ostrava to the court of Tahaerin. With nothing but a quick wit and the sword on his hip, he offers the new queen his service.

To save herself and her kingdom, Leisha will trust her life to an unknown and unproven spy. To protect her, Zaraki will break every oath he’s ever sworn.

Together, they’ll reshape the kingdom. If they can both survive. 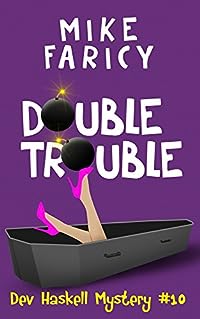 Double Trouble is the Tenth mystery in the highly entertaining Dev Haskell Private Investigator series.
Once again, Mike Faricy provides edge of the seat chills and laugh out loud situations.

Work is slow for Private Investigator, Dev Haskell so he agrees to make collection calls to octogenarians past due on their coffin payments. He barely lasts the morning before he quits. On his way out the door Dev recommends “reformed” criminal Tommy Flaherty for the job. Since no good deed goes unpunished, that turns out to be a very big mistake and Dev finds himself taken for the ultimate ride.

At the same time, Dev attempts to investigate online tampering with an “Escort” website. Unfortunately, there’s a lot more than pictures of gorgeous women being exchanged and the last people willing to help seems to be Dev’s client Ashley and her thug boyfriend, Tony.

Double Trouble is a hilariously entertaining mystery, full of nonstop surprises and a delightfully zany ending.