Author Daniel Banner, a 15-year fireman and paramedic, collects experiences by day and makes up stories by nights, and sometimes vice versa. For Daniel, writing is an escape from the traumatic days, and a celebration of the triumphant days. Enjoy! 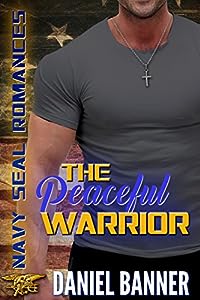 Cannon Culver is known for his big heart, but there’s no denying it’s the heart of a warrior.

Daisy Close fantasizes about a perfect boyfriend who puts her first and loves to talk until all hours of the night. While on a train along the Pacific Coast, she meets the perfect fantasy boyfriend. Not only is he sophisticated, handsome, and strong, he’s also a bodyguard for a delightful little girl who instantly loves Daisy and invites her to dinner with her and Mr. Fantasy.

Ex-Navy SEAL Cannon Culver, has one mission — the safety of a little girl. When Daisy Close is pulled into the situation, his gut instinct is to trust no one, but even he finds himself unable to resist this ‘Snow White’ type woman who everyone seems to flock to. After an all-nighter talking, a date with more danger than they bargained for, and then leaving her when he gets summoned to a mission… Cannon realizes there is no room for a woman in his life.

Too bad he can’t get her out of his mind and too bad she doesn’t let go that easily. When dangerous forces threaten everyone’s safety, Cannon has to make a choice — give up the woman he loves for his sense of duty or let go and trust in a higher power. 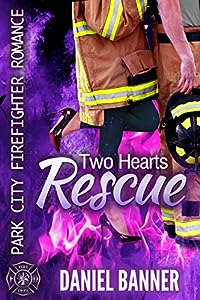 Poppy Mercier is not good enough. At least that what she’s always been told and she believes. After tumultuous college years she returns to her hometown of Park City, Utah and soon encounters a handsome young fireman who makes her doubt her own self-doubts.

Slade Powers isn’t interested, at least not like that. He’s the new guy on the Park City Fire Department and is struggling to get a side business off the ground. He’s been burned in love before and has no desire to expose himself like that again. But when he meets the girl whose smile can outshine the sun, he knows he’s in trouble.

Will these two broken souls overcome their pasts to find love or is it too late for either of them to be rescued? 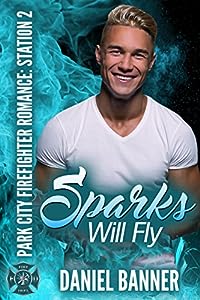 The Park City Firefighter Romances continue with a new set of eligible bachelors at Station 2!

Blue Reed is the Captain of Engine 2 on the Park City Fire Department, the leader of a crew proudly known as Blue’s Bachelors. But when a black-haired beauty crosses his path during a competition adventure race, he wonders if his bachelor days are numbered.

Lucy Avila, recent college grad and former university mascot, isn’t looking for love when she travels to Utah with her friends to compete in Questival. She just wants the grand prize of a trip to Cusco, Peru to meet the grandmother she’s never seen, before her little Abuelita’s time is up. But standing between her and the grand prize is a Spartan-like leader of a team of firemen. Lucy likes the guy, but isn’t crazy about her chances against his team.

No sooner do Lucy and Blue hit it off than they realize he was the star quarterback for her university’s biggest rival. To make matters worse, their families have long histories and prominent positions with their respective universities.

From a Skylodge on the side of a Peruvian mountain to the Skybox of a football stadium, their love blossoms as they put aside rivalries. But one bad decision by Lucy pulls in hundreds of frenzied fans and causes damage to Blue’s family that may be irreparable. The only thing that is for sure… Sparks Will Fly. 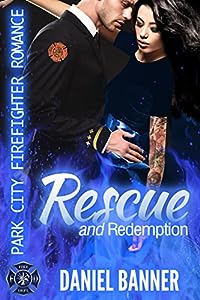 JFK, a firefighter for the Park City Fire Department, is tired of being razzed about his classy nickname. He’s lost weight, and even cut back on the swearing and drinking in an effort to fit the image. Still, he believes people never really change at heart. After all, under those muscles that can bench 250, he’s still the same guy. When a striking beauty wanders into his kitchen with her two-year sobriety coin, he wonders if he’s underestimated himself. A guy like him might just get a girl like her.

Mercy Jewell McGovern, recently graduated from college and is in the process of getting her life back on track when she meets JFK. She’s immediately attracted to the capable chef running his precision kitchen at a charity event. But on their first date, it’s obvious he’s used to hanging out with guys, not with a lady. That won’t fly for Mercy. Despite her rowdy past, she knows she’s worthy of someone who knows how to open a door for her and can sit down to Sunday dinner with her extended family, the Jewells, who could write books on manners.

Time after time JFK comes to her rescue, but will she be the one to ultimately save him from settling for less than his best? 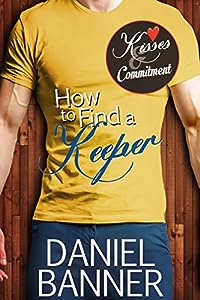 How to Find a Keeper: Kisses and Commitment Series
by Daniel Banner

Zandra Curtis’s world is turned upside down when she finds out her husband has cheated. But she doesn’t believe in throwaway marriages, and she won’t let go without a fight. As Zandra tries to heal her marriage, she is also trying to figure out how to heal the lesions on her French Mastiff’s joints. Dog coach Cason O’Connor, with his easy-going manner and good looks shows up at just the wrong time and Zandra, ever-faithful to her husband, keeps her distance.

Cason quickly falls in love with the Curtis’s Mastiffs, but he’s careful about getting close to the attractive — but very married — owner. Having been hurt by a cheating fiancée, the last thing Cason wants is to cause problems for the young couple.

Can Zandra find a way to convince her husband to fight for their marriage? Or is she fighting the wrong fight altogether?