It Is Easy Being Green

Kermit the Frog was a very wise frog. I can tell because I see his picture with lots of quotes on Facebook, so I assume it’s him speaking. He seems a bit sarcastic most of the time while he is sipping his tea and looking out the window at the rain. I’m sure he loves the rain since he is a frog, so I am very sure he is happy. 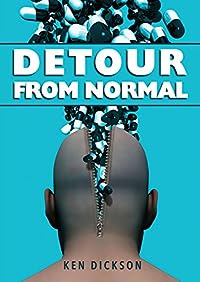 Detour from Normal
by Ken Dickson

This harrowing memoir tells the true story of a beloved family man and respected engineer who undergoes a life-saving surgery, reacts to medication and improper treatment, and lands in a high-security psychiatric ward. There, psychiatrists pronounce him persistently and acutely disabled and a danger to himself and others. What will happen to him and will he ever regain his former life? 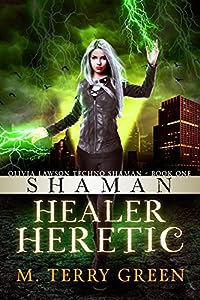 A lone shaman who will not give up. An ancient evil bent on entering our world. An epic battle only one can survive.

Even for a techno-shaman, a kachina in the bedroom isn’t exactly part of the drill. When Olivia Lawson wakes to find one towering over her, she panics. A Hopi god visiting the real world isn’t just wrong. It’s impossible.

Soon Olivia learns that the kachina is the least of her worries. As she struggles to save her clients, clashes with other shamans, and fends off the attacks of real-world vigilantes, Olivia finds herself in the destructive path of a malevolent ancient force intent on leaving the spiritual realm to conquer this one.

Left with few options, Olivia is forced to defy centuries of shaman prohibitions. As she and her allies risk everything in their bid for survival, Olivia ultimately learns that the rules are there for a reason and that breaking them has a terrible cost. 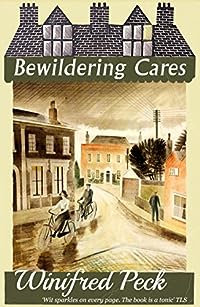 So begins Camilla Lacely’s charming, witty diary of life as a vicar’s wife in a mid-sized town outside of Manchester in the anxious, early days of World War II. The ‘everything and nothing’ that happens include a controversy swirling around the curate’s pacifist sermon (through which, alas, Camilla napped, making it difficult for her to discuss with outraged parishioners), servant problems, anxieties about Camilla’s son off training with his regiment, the day-to-day worries of friends, and a potential romance in the town… or are there two romances?

Readers of Bewildering Cares might well be reminded of the likes of E.M. Delafield or Angela Thirkell, but Peck offers her own distinct take — sometimes hilarious, sometimes touching — on the ironies and heartbreaks (not to mention the storms in teacups) of domestic life, community, faith and life during wartime. This new edition includes an introduction by social historian Elizabeth Crawford. 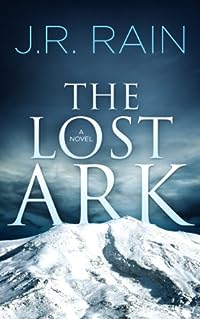 The Lost Ark
by J.R. Rain

Accompanied by the professor’s beautiful daughter, archaeologist Faye Roberts, Sam soon stumbles upon a secret stronghold — a base of operation for unleashing hell on earth.

Now running for their lives, Sam and company are about to come face-to-face with the greatest archaeological discovery of all time… 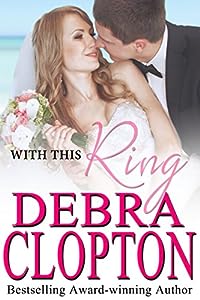 With This Ring (Windswept Bay Book 6)
by Debra Clopton

After her small son, Kevin, asked both God and Santa for a new daddy for Christmas, and then didn’t find him under the tree, school teacher, Jessica Lyons is starting the new year out with a very unhappy six year old on her hands. Kevin can’t understand that she’s only been a widow for 2 years and she can’t imagine marrying again — not yet at least. But, unknown to her Kevin has a plan and has decided that if God and Santa won’t give him what he wants then maybe the police can!

When the very handsome Chief of Police, Levi Sinclair shows up as Kevin’s Show-and-Tell he believes, as does Jessica, that her son has asked him there to show him off as the “police chief” — it’s a little awkward when Kevin introduces Levi as his next daddy!

Things are getting a bit complicated on the shores of Windswept Bay! Come join the fun in With This Ring book 6 of this captivating series. You’ve watched the four Sinclair sisters fall in love now it’s time to watch the five Sinclair brothers find the women of their dreams.