Let Your Inner Being Guide You

I looked through an article about updating your home’s decor, and now I am getting a bit of a bug to redecorate. I also have cheese in a can in the pantry with a full box of crackers, so I’m not sure how long I can keep this motivation up…(stomach growls). 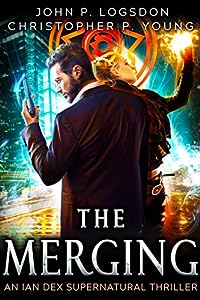 Fighting supernaturals is one thing. Resisting Vegas temptations at the same time may be impossible…

Ian Dex is a genetically-engineered cocktail of man, beast, and magic. His heightened senses propelled him to chief of paranormal police in Las Vegas… and gave him a ravenous sexual appetite. But it’s easier to keep it in his pants when he and his crew are attacked by a gang of uber-mutated vampires and werewolves…

As he and his crew attempt to find a weakness in the “ubernaturals,” he receives a proposition from their ruthless leader. If he joins their side, Dex will get his hands on a seven-foot-tall succubus with glutes that could squeeze diamonds from coal. To save his crew and the world, Dex must fight a new way to fight… all while battling a serious case of blue balls…

Buy The Merging for a rowdy romp in Ian Dex’s world today! 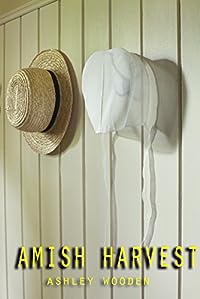 An Amish young man struggles to take care of his three younger sisters after his parents die in a tragic accident. Their family farm is starting to go under and he enlists the aid of a woman outside the Amish community. She is a whiz at accounting and business and the farm starts to gain back money. The problem then becomes when they realize they have fallen in love with each other but they completely different beliefs. Can their budding love survive their differences? 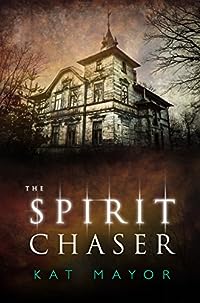 Austin Cole has it made. Star of the hit television show Spirit Chaser Investigations, he has become the world’s most famous paranormal investigator. Although hard work, a talented investigation team, and favorable genetics have something to do with it, it’s his lack of fear and willingness to take risks no one else will that make Spirit Chaser Investigations cable’s number-one show. When a ghost-hunt-gone-wrong seriously injures his best friend and lead psychic, Austin is forced to find a replacement for a team member he considers irreplaceable.

Casey Lawson can’t catch a break. She’s been on her own since she turned eighteen and is scraping by as a part-time psychic and cashier at a New Age store. When a desperate Austin Cole calls her up and offers her a position on his team, has her fortune finally changed?

He’s a control freak; she’s stubborn and opinionated. It takes time, but when they finally realize they’re working on the same side, everything clicks, both on and off screen.

Just when things are looking up, a new threat emerges. Over the years, Austin has angered plenty of demons, and one of them has set her sights on him. Now he’s the one in danger, and it’s up to the team to rescue him from the riskiest investigation of their lives. 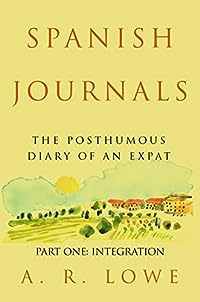 Spanish Journals – The Posthumous Diary of an Expat: Part One – Integration
by A R Lowe

SPANISH JOURNALS – THE POSTHUMOUS DIARY OF AN EXPAT is a hilarious blow by blow account of six unforgettable months in the life of an expatriate Englishman.

Ernest Postlethwaite was a man embarking on a new life. No longer for him the routine and drudgery of the commuter. The first part of his groundbreaking journal charters the course of a man on a mission to achieve cultural and linguistic integration in a small village in southern Spain. This unadulterated manuscript will bring tears to the eyes of the most hard-hearted among us, as we follow his footsteps into the great unknown.

‘This diary, written by my late husband Ernest Postlethwaite, has been published expressly against his wishes, but with the full and hearty endorsement of my family and friends.’ – From the introduction by Pamela Postlethwaite. 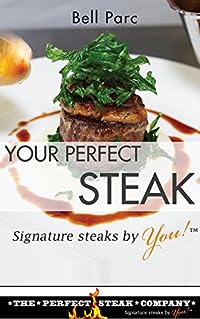 Your Perfect Steak: Signature Steaks by You
by Bell Parc

We know that the perfect steak is personal and that’s why after test-cooking over 1000 steaks we’re releasing the source code for you to create your very own Signature Steaks. Whether you’re a medium-rare lover or you prefer well-done we all agree that Your Perfect Steak must be something that’s
a passion to prepare and a pleasure to eat.

The specific goal of this book is to enhance your skills
and broaden your knowledge of steak selection,
preparation, and presentation. Cooking The Perfect
Steak is something 99% of people will never
master. By applying these techniques you are going to become a Rock Star of the grill, famous with your family and friends for serving the most delicious steaks they’ve ever eaten.

By the way, we guarantee if you buy a copy of this book you’ll be able to out-cook your brother-in-law!