Hubby is annoyed with me right now. He insists that I move things around the house too much and he can never find anything. He thinks I moved the trivets, but I didn’t. I moved everything else in this house, but not the trivets. The trivets have been in the same place for years. They are in a good place, so I won’t move them. I’m not sure if I should try to win this battle or just let him think I moved the trivets. I didn’t though, sooo… 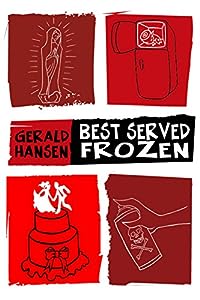 Revenge may be a dish best served cold, but hardened mother of seven Fionnuala Flood plans on serving hers up frozen. Or so she thinks.

The bells are ringing out in Derry, Northern Ireland, as the dirt-poor Floods and the rich and entitled Riddells prepare for the pairing in matrimony of their families and a bridging of the gap between the two sniping communities. But some are not best pleased, and it might be more a case of For Whom The Bell Tolls.

What is the price to be paid for a mother’s love? For daughter Dymphna and son Lorcan, dangerously high. Fionnuala is already furious Dymphna has put her arch nemesis, Ursula Barnett, on the wedding list. Then beloved son Lorcan, fresh out of prison, announces he’s emigrating to the USA. He’ll get there. Unless Fionnuala gets her way.

In Wisconsin, Ursula and husband Jed will find a trip to Derry difficult, as Jed’s gambling has them teetering on the brink of bankruptcy. The last chance to save their floundering beef jerky business will be to appear on Attack of the Killer Investors! But Fionnuala has ripped up their invitation, in any event. When they hear shocking news of Dymphna’s death, getting the investment from the TV show is essential.

Throw in a rabble of geriatric religious fanatics, poisonous ham hocks, an X-rated wedding cake, a gown from Hell, mix with rivers of drink, intolerance, jealousy and shame, and you have Best Served Frozen, a rip-roaring tale jam-packed with dark humor. 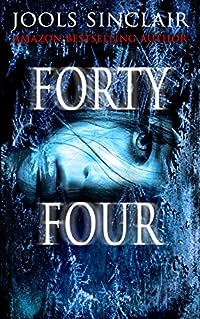 Find out what all the buzz is about. See why almost half a million readers have downloaded this heartbreaking and breathtaking story of paranormal mystery…
Last year after falling through the ice, seventeen-year-old Abby Craig woke up from death.

But she woke into a world she barely recognizes. She can’t see colors, memories have been erased, and her friends all hate her. And then there’s Jesse, who she loves, but who refuses to forgive her the one mistake she made long ago.

Just when she thinks it can’t get any worse, the visions begin. In them, she sees a faceless serial killer roaming the streets. While the police believe that there have been a lot of accidents in town lately, Abby knows differently. And she soon realizes that it’s up to her to find him.

But to stop him, she’ll have to confront more than just the killer. She’ll have to face something else that was lost in those dark waters. The truth. 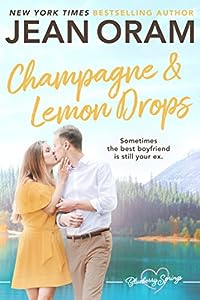 Raised by her older sister in the small town of Blueberry Springs, all Beth Wilkinson wants is to create a family so big she’ll never be alone. Things are going great until her fiancé, Oz, rethinks everything from his own career to their nuptial plans — forcing Beth to do the same.

As Beth works to rediscover herself in hopes of reattracting Oz, she catches the eye of the charming new city doctor, Nash. Not only does he see her as she’d like to be seen, but he knows exactly what he wants from life — and that includes Beth.

Torn between the two men, as well as two versions of herself, Beth discovers that love and dreams are much more complicated than they seem. 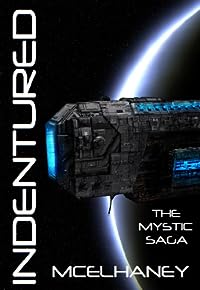 In this first installment of the Mystic Saga, McElhaney’s critically acclaimed serial of science-fiction suspense, we meet Declan Stringfellow ~ a man single-handedly taking out his revenge on the organized crime ring in Richland. The cards seem to be dealt in his favor until a car accident lands him in the hospital.

But don’t close your eyes for a second…

In the blink of an eye, he goes from being in a hospital MRI scanner to being aboard a Colonial Establishment Cruiser 300 years in the future. He wakes up in a different body, and it’s the identical body as 21 other people who all find themselves equally as confused.

How did they all get here and where are they going? 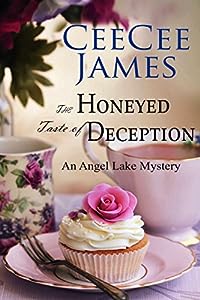 The only thing worse than a pregnant bridezilla is a corpse as the wedding cake topper.

When Elise Pepper begins her job at the Dream Wedding Boutique, she thinks her life is finally back on track. Her boss is more highly-strung than the customers, but she can deal with that, and she’s up for the challenge of a new job.

Or so she thinks. When a bride turns up demanding a circus-themed wedding to honor her late father, things get a little crazy.
Clowns instead of bridesmaids? A sword-swallower as celebrant? Elise is sure she can handle it all. A dead man in the wedding cake may be a little too much to deal with, though. Just when she thought she had it all together, Elise finds herself in the middle of yet another murder investigation. Can our intrepid heroine track down the killer before more wedding guests die?