I found a huge spider walking across the kitchen floor this morning. My first instinct was to scream, but I held back because I hadn’t made it to the coffee machine yet, and I didn’t want to use up what little energy I had. With the coffee brewing I revisited my spider situation. He was polite enough to wait for me to fix the coffee before we continued our encounter. So, there he stood (or sat, not sure) looking me straight in the big toe. I named him Frank. We didn’t speak the same language, so I had really no idea how to ask him his real name. Frank hadn’t violated any household rules, so I didn’t feel that it was necessary to kick him out. Although, it would have been nice if he would have warned me he was moving in. Hmm… actually I have no clue if he was moving in or moving out. It was all too much for me to process before having any coffee, so with fresh coffee in hand, I went to my computer. I can’t see if he is still there at this time. I wonder what he is thinking.

Get the first three books in the Bellingwood series in one volume!

All Roads Leads Home: Polly Giller returns to small-town Iowa from Boston ready to start a new life. She is renovating an old school building and while getting to know new friends, two sets of bones fall out of the ceiling. Don’t miss this heartwarming first story in a series that makes you want to move to Bellingwood and get to know Polly and her friends. Before you know it, you’ll be part of the community.

Polly’s First Christmas in Bellingwood: This first short story in the series occurs a few months after the end of “All Roads Lead Home.” While preparing for Sycamore House’s first big Christmas party, an old friend shows up needing help when he gets in trouble with the sheriff.

A Big Life in a Small Town: Bellingwood’s first barn-raising is coming up and to celebrate, Sycamore House is planning a hoe-down. The idea of a dance makes Polly nervous, but the gorgeous veterinarian is ready to step in and teach her a few moves, much to the chagrin of Henry Sturtz. A close friend of Lydia Merritt left a cryptic message as she died, asking her family to take care of… what? The ‘what’ brings new excitement to Polly’s life.

Treasure Uncovered: Sycamore House is having difficulty finding a good custodian and when the latest man doesn’t show up for work, Polly checks on him, only to find that he has been killed. The Sheriff is beginning to worry every time her number shows up on his phone. Does it mean another dead body? Thefts happening around the community are connected to Polly and her friends, but who would do this? 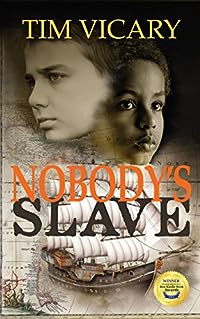 Two boys meet on a voyage that transforms their lives.

Madu, a young African, is captured by the English slave-trader, Sir John Hawkins. Tom Oakley is a young sailor in charge of the slaves. At first the two boys hate each other. Madu wants freedom, Tom seeks revenge for his cousin whom the Africans killed. But when their ship is sunk in a battle with the Spaniards, their roles are reversed, and Madu gains power over Tom. But both boys are enslaved, thousands of miles from home. Only by combining their efforts do they have any chance of freedom. 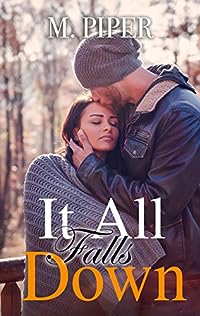 It All Falls Down
by M. Piper, Spellbound Editing

He promised he’d never leave. He should have told me. I could have helped.
Max came into my life when I didn’t need a man to define me. He didn’t push his way in… not really. He slowly, tirelessly, and patiently waited. He used that damn smile, day in and day out, and waited until I tumbled head over heels in love with him. My grandma always told me to watch out for the pretty boys. The ones that turn you to mush the first time you lay eyes on them. She never warned me about Maxwell Holzer. If there’s one thing in life I’ve always known, it’s that when something goes up, it will most certainly always come crashing down.
*18+ due to scenarios
*Full length standalone 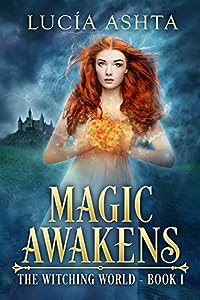 Her parents tried to protect her from magic… but it found her.

As the eldest daughter of the Count of Norland, Clara’s life has been carefully planned since her birth. She is expected to act like a lady, never speak out of turn, and marry the man her parents choose for her.

That’s not too bad when she thinks she’ll be marrying the kind and gentle Samuel. But when the arrangement falls through and Clara is instead promised to Samuel’s abusive brother, she braces herself to accept a life of misery.

Everything changes when Clara falls ill. At the brink of death, she discovers a secret about herself that will alter the course of her life.

Rescued at the hand of a mysterious magician, Clara finds herself at a crossroads. She must choose: deny the power that grows within and accept the life her parents have decided for her. Or embrace the magic and all the adventure — and danger — that comes with it.

If you like stories with non-stop adventure, a new kind of magic, heroines who own their power, and intriguing sorcerers, you will LOVE Magic Awakens, the exciting start to the Witching World series. 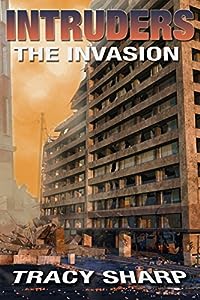 It begins with the abductions. In a single night, thousands of small children vanish from their beds.

A day later, meteorites hit the earth, releasing a strange dust into the air.

The dead rise, ravenous. The living are dragged underground by creatures out of nightmares.

There is nowhere to run. 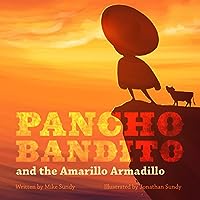 Pancho Bandito and the Amarillo Armadillo is an epic Western tall tale about friendship that’s a hoot to read aloud. Pancho Bandito is a giant kid cowboy in the Old West who longs for a horse of his own. He travels to Texas to sell some cattle but runs into the greatest challenge he’s ever faced: the monstrous Amarillo Armadillo. Can Pancho save Fort Worth from the beast and make a friend along the way?

Pancho Bandito and the Amarillo Armadillo is a tall tale children’s picture book set in the American Southwest. This Western kids book is full of humorous action & adventure with a wily animal. The playful language and gorgeous landscapes make it a right rollickin’ read for grown-ups and young’uns alike, but it’s especially beloved by kids ages 6-8.