Not A Fan Of Green

I mowed the lawn yesterday and I was mad the entire time. First of all, I just mowed it a few days ago (8 days), why the heck is it growing so fast? We haven’t have more than 10 minutes of sun and it’s been cold. That stupid green stuff should be dormant! Each green blade is a jerk of the highest order. Spring hasn’t even shown it’s dumb face yet, so I shouldn’t have to mow that DUMB DUMB LAWN! I also weed whacked. I became a creature of extreme violence well something shot out of the weed whacker ricochet of the wall and landed in my mouth. I have no idea what it was. I was done at that point. Stupid green stuff. 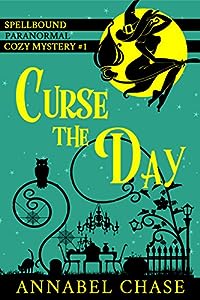 Welcome to Spellbound, where paranormal is the new normal.

The only magic Emma Hart believes in is caffeine and the power of the dryer to lose one sock per load. A public interest lawyer buried under a mound of student debt, Emma’s whole life has been one turn of bad luck after another.

Her streak seems to continue when she gets lost on the way to see a client in the remote Pocono Mountains. A chance encounter with a suicidal angel lands her in Spellbound, a town where supernaturals have been cursed to remain for centuries–probably not the best time for Emma to discover that she’s actually a witch.

Between the recent murder of the town’s public defender, a goblin accused of theft, remedial witch classes, and the attention of one smoking hot vampire, Emma struggles to navigate this unfamiliar terrain without losing her mind… or her life.

Curse the Day is the first book in the Spellbound paranormal cozy mystery series.

This is a full-length, humorous paranormal cozy mystery novel. 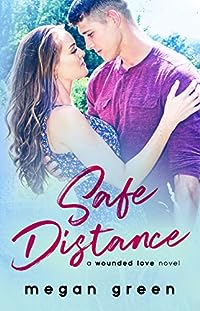 Haylee Jordan has been through hell – and lived to tell the tale.
She’s danced with the devil, managed to break free of her demons, and now, years later, she’s ready to put the past behind her. Even if it means shutting everyone else out.

And it almost works.

The night she meets Ryan Porter – a man who’s lost it all – she knows he could be her downfall. He’s sexy, strong, and sweet as sin. But a relationship is the last thing on Corporal Porter’s mind. After the death of his father and brother, the military is all he has left. His best friend, his sergeant, and his brothers in arms – they’re the only things that matter.

Haylee is determined.
Ryan has a plan.
Fate, on the other hand…
Well, fate has other ideas.

Safe Distance is the first book in the Wounded Love series. While you may see some familiar faces throughout, each book in the series can be read as a complete standalone. 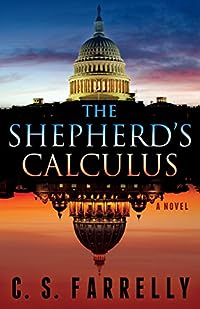 The Shepherd’s Calculus: A Political Suspense Thriller
by C.S. Farrelly

As the election draws closer and the stakes get higher, each choice becomes a calculation…

Which do you choose? Your faith, or your church? Your principles, or your candidate? The person you most respect, or the truth that could destroy their legacy? When the line between right and wrong is blurred, how do you act, and whom do you save?

When journalist Peter Merrick is asked to write a eulogy for his mentor, Jesuit priest James Ingram, his biggest concern is doing right by the man.

But when his routine research reveals disturbing ties to cases of abuse and clues to a shadowy deal that trades justice for power, everything he believed about his friend is called into question.

With the US presidential election looming, incumbent Arthur Wyncott is quickly losing ground among religious voters.

Meanwhile, Owen Feeney, head of the US Conference of Catholic Bishops, is facing nearly a billion dollars in payments to victims of sex abuse.

When Feeney hits on a solution to both men’s problems, it seems the stars have aligned. That is until Ally Larkin “”Wyncott’s brilliant campaign aide””starts to piece together the shocking details.

The Shepherd’s Calculus is a swirling thrill ride through the labyrinth of a major political election, a crisis of faith and abuse, and a gripping conclusion that no one will see coming. 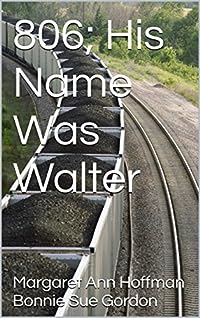 Historical tale of a coal mining family in the early 1900’s. The story opens in 1914 and runs through 1930. The authors of the book started out looking for some family history and discovered their family’s voice. The book follows a young family from coal patch to coal patch. After five children and just about as many coal towns they settled in an idyllic coal town. It was far more family and safety friendly than the other coal mining towns of that day.
This story includes trials and tribulations of working in the coal industry, an accusation and a trial. The book comes to a close two years after one of the largest mining accidents in the history of the United States. 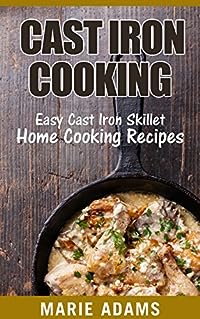 Dinner Just Got Easier! Use the most versatile pan in your kitchen – the CAST IRON SKILLET – to prepare unforgettable one-pot meals your family and friends will love!
Download FREE with Kindle Unlimited!

Cast iron cookware is great because of its versatility. It allows you to cook meals in one simple piece of cookware that would normally require all sorts of pots and pans. You can easily use cast iron on the stovetop for sautéing, stir-fry’s, and soups, or use it in the oven, or both. Using cast iron is particularly helpful since you can cook your proteins and veggies, from stovetop to oven, all in one dish.

Although cast iron cookware has been around for several hundred years, its popularity has made a resurgence as more and more cooks of the new age are embracing the ease of this traditional cookware and incorporating it into their busy lives.

Inside, you’ll find:
All the information you need about seasoning and caring for your cast iron cookware.
Learn about the many health benefits of cooking with cast iron cookware.
Lots of cast iron cooking tips
158 recipes for breakfast, lunch, dinner and desserts
Delightful breakfast recipes like the Breezy Brunch Skillet and the Farm House Breakfast
Satisfying poultry recipes such as the Spinach Stuffed Sundried Tomato Chicken, the Kung Pao Chicken, and the Turkey Pot Pie
Bountiful beef recipes like the Skillet Lasagna, the Simply Delicious Beef Chili, and the Cast Iron Roast Beef
Wholesome pork and lamb recipes such as the Grilled Pork Quesadillas, the Mushroom Pork Chops and the Lamb and Butternut Squash Stew
Delicious fish and seafood recipes such as the Shrimp Piccata, the Pecan Fried Catfish, and the Spicy Lemon Whitefish
Tasty vegetarian and side recipes like the Root Vegetable Pot Pie, the White Bean and Southern Greens Chili and the Creamy Zucchini Slides
Comforting soup recipes like the Bacon Potato Winter Soup and the Grandma’s Chicken Noodle Soup
Luscious dessert recipes like the Caramel Apple Cake and the Raspberry White Chocolate Dump Cake