Not Before My Second Cuppa Joe

This morning I had a heart attack followed by extreme guilt and terror. Last night my youngest baby basset lost a tooth. I was so tired last night that I forgot to send a message to the Tooth Fairy. I was going to send the message before I went to bed, but I also thought that maybe my sweet hubby would probably get the word to her and we shouldn’t send too many requests from one house. She is busy ya know. Nope.. he didn’t. I went in to wake my sweet sweet baby, and that is when I noticed the tooth waiting for her on his nightstand. I felt all the blood rush out of my head. It was awful. I was a failure as a parent. That is when he opened his sleepy eyes! I wonder if he saw the horrified expression on my face. As calmly as I could, I told him he could sleep for as few more minutes, and I rushed out of the room. All I can say is technology saved my tushy this morning. The Tooth Fairy is quite a modern lady and thankfully I was able to text her a message. Bless her! She was able to make one last visit in California before she headed off to Hawaii. I caught her on a coffee break in southern California. She knew how important it was since my youngest has almost lost all of his baby teeth. That was just too much before my second cup of coffee. 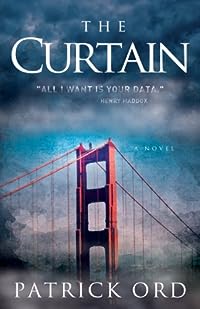 The Curtain – A Novel
by Patrick Ord, Dave King

Have you met Henry Maddox? He knows you — not personally of course… he really only knows your data. But from that data he actually may know you better than you think you know yourself. Henry knows where you’ve been and what you’ve bought. He knows all of your friends. Henry not only knows your behaviors, he understands your tendencies. And from those tendencies, he can predict what you’re going to do before you’ve actually done it.

Who is Henry Maddox? He is a 21st century marketing consultant and he specializes in highly personal and irresistibly persuasive advertising.

Henry’s strategies combine modern data mining (Big Data) techniques with other advanced and controversial marketing practices (Market Fragmentation, Cross Promotion, and Conglomerate Propagandizing) to the point where consumers don’t even know they are being sold. Businesses love Henry because he not only moves product, he actually controls their customers.

But when Henry is forced to face how his techniques affect real people, he realizes he has inadvertently given corporations the power to destroy society for their own ends.

THE CURTAIN explores the effect that increasingly sophisticated marketing techniques have on communities, families, and individuals. In an age of digital distractions, who remembers the transcendent morality that has allowed past civilizations to prosper? When corporations have the influence and motive to define people by what they consume, are we as individuals losing the substance of who we really are?

THE CURTAIN is entertaining, fun, thought provoking, educational, and frightening. Ord’s storytelling is brilliant and his research extraordinary. THE CURTAIN is a must read for anyone that watches television or movies, listens to the radio, accesses the internet, logs into social media, has a smart phone, participates in loyalty card programs, or uses GPS technology. In short, THE CURTAIN is for everyone. 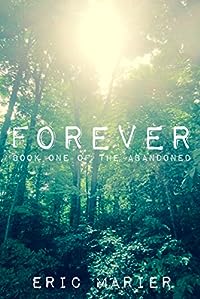 Forever: Book One of The Abandoned
by Eric Marier

Rich, popular Kate Hewitt destroys lives at Sussex High. Mute, violent Kev Anderwaith hasn’t been to school in months. On the day Kev does return, Kate is shocked when the overgrown, social outcast sits next to her in class and claims they’ve both lived previous lives, and keep finding each other, throughout the centuries, falling in love every time. 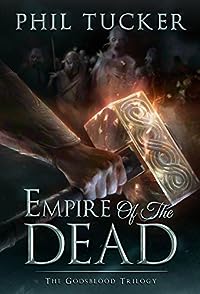 She killed the gods and most of their children. She should have finished the job.

Acharsis is a shadow of the demigod he used to be. His charm has been sanded down, his smile broken, but still in the depths of his eyes glimmers an irrepressible desire for life. For adventure. For revenge.

When he drifts back into the life of an old flame, he’s quickly caught up in events beyond his control and comprehension. Enlisting the help of a former rival and summoning the few and scattered resources left to him, he dares to dream of the impossible: to topple and destroy Irella, daughter of the Goddess of Death, killer of gods, ruler of the undead and architect of his downfall.

It’s time for some holy vengeance. 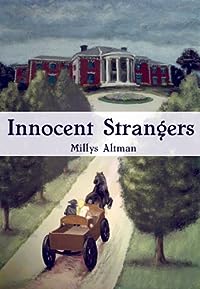 Shocking evidence hits close to home in a twisted mystery thriller that will leave you on the edge of your seat from start to finish! Jenny and her lawyer father, Marcus, are arrested for the murder of a beautiful heiress in a country town where they are perfect strangers. Suddenly, they must escape the noose that is waiting to hang them.

With her father ailng, and stonewalled everywhere, Jenny manages to uncover jealousies, corruption and unbridled ambition in a vivid portrait of small town life in the Victorian era.Along the way, she finds romance with the town’s young doctor. But with time running out, she becomes desperate. 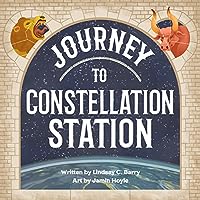 Journey to Constellation Station is the rhythmic story of an interstellar train ride that will whisk you into a special part of space – the magical Constellation Station. Hop off the train to gaze through a unique telescope of stars. Stare down Leo the Lion, meet Orion the Hunter, see Pegasus spread his wings, and more!